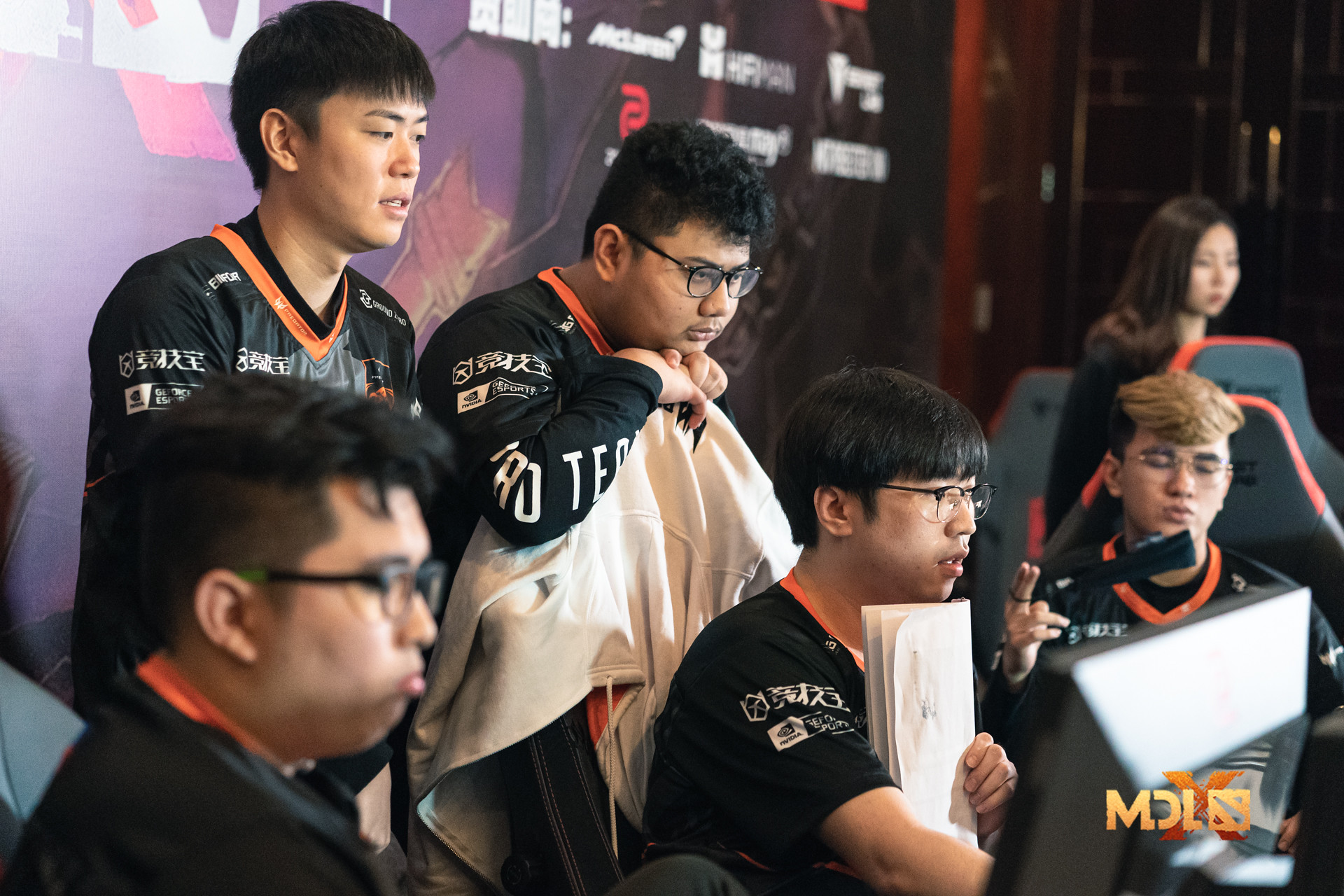 TNC Predator took apart Invictus Gaming in the lower bracket final of the MDL Chengdu Major 2-0. TNC were on fire, swiftly disposing of the surging IG squad to set up a second date with Vici Gaming in the grand final.

Both games were lopsided affairs in TNC’s favor. They relied on their trusty Morphling-Earthshaker combo again, snapping it up in the first two picks of their draft. Unlike yesterday’s series against Vici Gaming, they augmented the combo with hero picks that dominated lanes, allowing for a smoother and easier transition for Kim “Gabbi” Villafuerte’s Morph into the endgame.

The second game was much of the same story, but it was Armel Paul Tabios that did the heavy lifting. While Gabbi’s Bristleback created chaos on the battlefield, Armel handled the more late-game oriented Outworld Devourer and eventually wreaked havoc on the IG squad.

IG showed a few signs of life throughout the series, but they were quickly snuffed out by TNC’s rock-solid gameplay. The Chinese squad could not find any significant cracks in TNC’s armor and conceded twice in barely over an hour of gameplay.

Armel, as usual, was excellent in both games. He played a high-octane playmaker Puck in the first game, followed by a farming carry in Outworld Devourer in the second, showing off his style and versatility.

Another significant difference maker was Damien “kpii” Chok. Kpii was left to the wolves in previous series, but a little support went a long way in ensuring that he had two fine games today.

After yesterday’s disappointing results, TNC drafted significantly better this series. Now, they will have a chance to avenge their discombobulated showing against VG, this time in a best-of-five series in the grand final of the MDL Chengdu Major.

IG’s miraculous run is finally over, however. they cannot be too hard-pressed about their final result. The Chinese team has clearly punched above their weight, securing themselves a hefty cash prize of $110,000 along with their Dota Summit 11 Minor winnings of $72,000, and guaranteeing themselves 2100 Dota Pro Circuit points. Based on last year’s DPC standings, IG would comfortably make it to The International based off this single result.

The Chinese squad was an unexpected revelation throughout the tournament. In the beginning, Zhou “Emo” Yi was the jewel of the squad. The daredevil dived into his opponents repeatedly and made Houdini escapes more often than not. Emo is one of the youngest players in the Chinese scene, and more experience will undoubtedly temper and cut him into a brilliant gem.

As the tournament wore on, the rest of the IG roster added their own brilliant plays to the list. Thiay “JT-” Jun Wen had several solid performances on Kunkka and Legion Commander, transforming the utility cores into playmaking machines.

TNC will face VG again, having previously lost 2-0 in the upper bracket final. The Southeast Asian squad looks more prepared today and will likely put up a better showing against the might of VG. Regardless of result, both teams are guaranteed at least $160,000 and 3000 DPC points, and the winner will walk away with $300,000 and 4850 DPC points.