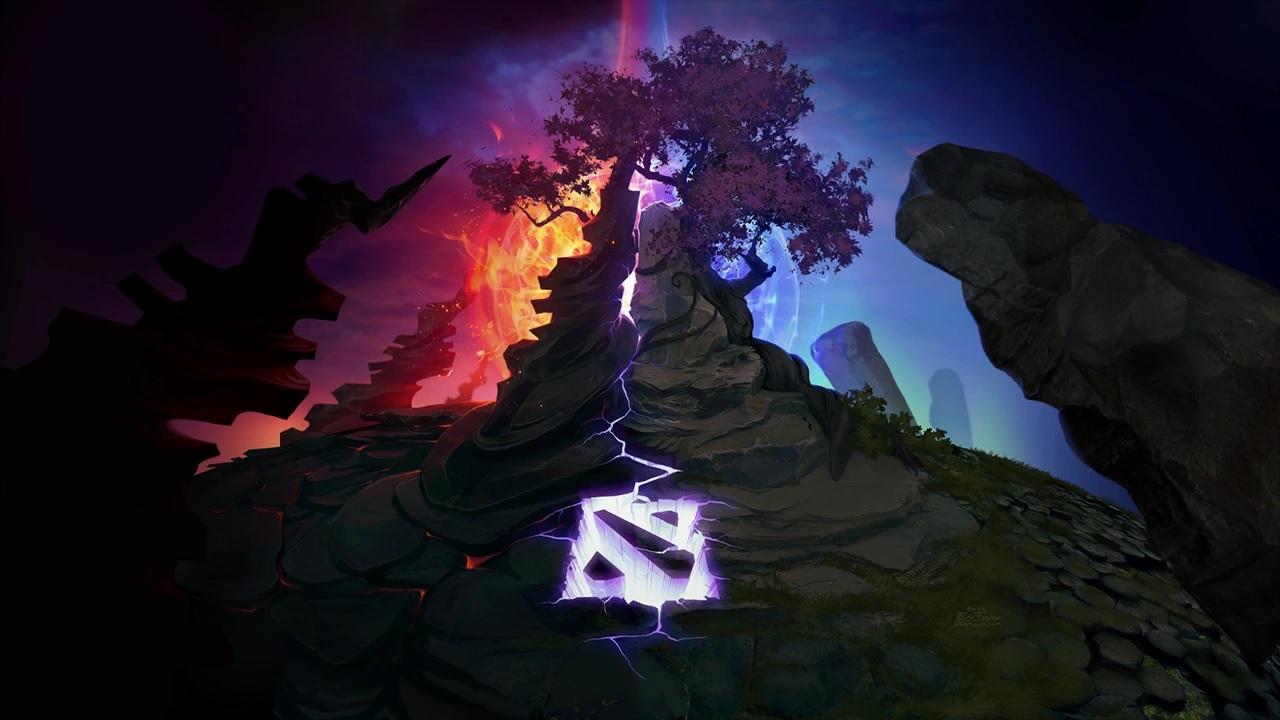 Image by Eran Fowler via Valve

Do you think Christmas movies lack tension? Competition? Flashy plays that barely register in your mind even after replaying them 100 times? The gradual increase in distance between your back and the chair as what you’re watching reaches its climax?

Well, some of the best Dota 2 matches this year have all that in spades. Impossible comebacks, impeccable gameplay, and incredible casting make for a viewing experience like no other.

So quit browsing your numerous streaming subscriptions for something to watch. Instead, here are 10 of the best Dota 2 matches in 2020, sorted in no particular order, to accompany your eggnog this holiday season.

ESL One Los Angeles Online 2020 upper bracket round one, game one

When the ESL One Los Angeles Major was canceled, fans were understandably disappointed. The online version of the event came as a compromise, something the human race has become more familiar with this year, allowing teams to keep playing and fans to continue watching.

The Dota on show was no compromise, however. OG had just assembled its new roster but managed to channel the spirit of TI8’s Cinderella comebacks. Secret were still finding their footing and had yet to embark on their invincible tournament run of 2020. Backed by wondrous commentary from the seminal LD, this clash of the titans was one for the ages.

“Kills mean nothing, throne means everything.”

It’s an iconic adage uttered by a commentator whose misconduct saw him leave the scene. But those words remain true. No matter how much Dota 2’s complexion changes over the years, be it with hero releases, talents, new buildings, backpacks, neutral items, Aghanim’s Shards, and wherever IceFrog’s fever dreams take us next, the game’s core tenets remain undeniably intact.

Winning positions don’t mean anything unless you follow through. The highlight of this game was surely the nail-biting throne defense sequence that was riddled with shots of adrenaline, snap decisions, and a ridiculous finish. It’s one of the shorter matches on this list, but its sharp ascent and rapid descent are all the more satisfying.

ESL One Germany playoffs lower bracket round three, game one

Comebacks in Dota 2 are few and far between, which makes each one memorable. But a comeback against the best team in the world, at the time coming off their eighth-straight tournament win, is unforgettable.

Liquid’s Huskar last pick gambit, in a patch when the hero wasn’t particularly strong, wasn’t going as planned. Offlaner Boxi’s Void Spirit was basically a support. The all too familiar sight of Secret stomping up their opponents’ high ground, ready to smash through and take the win, was happening.

But Liquid held repeatedly with impeccable teamplay and coordination, even with YapzOr’s Rubick on the other side eagerly awaiting his chance to steal Black Hole. It’s a treat watching the current Liquid roster that’s played together for more than three years act like a telepathic hivemind while desperately trying to claw their way back into the game.

EG’s cosmopolitan roster was at a disadvantage during the online season, having to constantly find stand-ins to even compete. It didn’t matter to North America Dota’s pride and joy Arteezy, though, who held a carry masterclass on Faceless Void in this match. He kept up in farm despite being on the backfoot and showed up with crucial Chronospheres.

For a small indicator on how Quincy Crew were dominating the game, EG held a net worth lead for about six minutes total out of 50.

DreamLeague S13 lower bracket round one

It might have felt like decades ago, but the DreamLeague Leipzig Major was the first and last Major of 2020 before the world went into lockdown. The first round of its lower bracket produced one of the year’s most intense matches with its best-of-one format.

With elimination on the line, Liquid and VP put on a spectacular show over 70 minutes that inevitably resulted in heartbreak from one side.

Here’s a clip if you want to hear how the Russian casters felt about the whole exchange.

IG’s Zhou “Emo” Yi’s Storm Spirit was a showstopper in this game, outshone only by the humble courier during their match vs. Alliance.

The introduction of individual couriers in Dota 2 has lessened pub arguments and also provided players more ways to exploit the unit’s flying movement. Curiously, Chinese team IG has routinely used their couriers more actively than other teams, including a spectacular Roshan heist that left Alliance and spectators equally bewildered.

Novelty aside, this was an action-packed game that saw both teams routinely threaten to blow up the status quo only for their opponents to pull a rabbit out of the hat to keep the game state in the balance.

Even Nisha, one of the best Morphling players in the world, will have to be impressed with rookie Nuengnara “23savage” Teeramahanon’s dazzling display of the hero in this match.

Now, imagine a full series filled with this sort of play from both sides. While this game was the stalwart of the bunch, the best-of-three was chock full of high-level highlights and back-and-forth gameplay. The entire clash of the European and Southeast Asian titans deserves a thorough watch.

Unconventional heroes played in unorthodox ways are one of Dota 2’s defining features as a competitive esport. This game saw Miracle- going back to his midlane roots, picking up a Queen of Pain in the safelane.

Considering the hero’s strength then, it probably wasn’t the most surprising pick in 2020. It was, however, a stellar performance from Miracle- and his team to mount a spirited comeback, as well as a fantastic effort from Liquid.

Whisper “Techies” in a Dota player’s ear and you’ll either be met with revolting disgust or sickening delight.

No matter which camp you pledge yourself to, there’s something to learn when Techies isn’t picked as a joke in the pro scene. The hero’s very nature is an exercise in endurance and patience for the other nine players in the game. LGD showed an intimate understanding of how to play around Zhao “XinQ” Zixing’s Techies as an ally, while Elephant’s star-studded lineup exhibited incredible composure and care in the face of the bombarding threat despite the game lasting 90 minutes.

What’s the backup plan for dropping a Divine Rapier? Immediately buying another one, of course.

It sounds like poor advice that could come from a Herald player, but take it from Secret’s MATUMBAMAN instead. Among all carries, Phantom Assassin is one of the most likely heroes to pick up the item as a game-ending impetus thanks to her innate burst and undetectable Blur movement.

But sometimes, the game doesn’t end. The Rapier drops. And the stakes become increasingly higher and one side has to give.

There was no The International this year, but that didn’t stop tournament organizer Beyond the Summit from organizing the third edition of BOT TI.

Five easy bots of the same hero go against another five-stack at levels five, 15, and 25, with varying inventory states and resulting in often unexpected and hilarious outcomes.

It’s a meme event that’s good fun. And in this particular game, Broodmother had nothing to prove because she already lost the series. She proved it anyway in one of the greatest comebacks of (BOT) TI history.