Two classic organizations are proving their new rosters can compete. 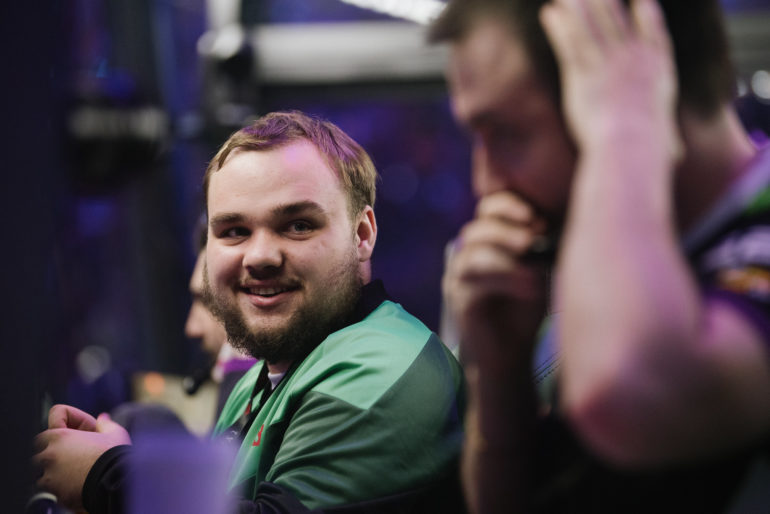 Along with the proven veteran teams, there are always at least a few Dota 2 teams that jump out and surprise people early on by earning some impressive wins in the group stage. That’s exactly what both Natus Vincere and Invictus Gaming did to kick off the DreamLeague Season 13 Major.

While iG were put in arguably the weakest group of the entire tournament, Na’Vi had to fight through two proven rosters just to make it out of their bracket.

Na’Vi started out with a very tough loss to Evil Geniuses, taking an early hit that put them down a game against one of the best teams in the world. But despite that, Bakyt “Zayac” Emilzhanov and his team bounced right back as Pavel “9pasha” Khvastunov dueled Artour “Arteezy” Babaev to a draw and allowed his teammates to worry about the other threats.

In a 40-14 landslide victory, Na’Vi upped their tempo heading into the third game. And even though they technically lost every lane during that game, Idan “MagicaL” Vardanian’s Leshrac was the win condition for the CIS squad.

EG had a strong lead but couldn’t find any kills due to a lack of overall firepower and strong rotations on the part of Na’Vi. That cost them a chance to keep their opponent’s support heroes down and ended up being their downfall in the final push.

That series showed that Na’Vi were not messing around about taking the throne from the best team in the CIS, and that became even more apparent as they swept Team Liquid in the winner’s match.

MagicaL had another strong performance on Puck while Vladislav “Crystallize” Krystanek pushed his team over the edge in game one with some incredible plays on Naga Siren. Aydin “iNSaNiA” Sarkohi’s Io was rendered completely useless, and his team could not stop Na’Vi once they grabbed the lead back at the 22-minute mark.

And to back up their 32-7 game one win, Na’Vi won by an even wider margin in game two. Liquid made the mistake of letting MagicaL go Puck again and he made them pay for it, putting up a 14-1-11 stat line and leading his team to a 27-minute win and the top seed for their group.

IG have a bit of an easier path to the top seed of Group B, having to deal with only one proven team in Alliance, a struggling Virtus Pro, and the new Southeast Asian team to the party, Reality Rift.

Reality actual gave them a decent fight early on, forcing them into a third game situation after winning a close game one. But after that initial win, iG completely shut down Wong “NutZ” Jeng Yih’s roster, winning games two and three by a combined 76-15 margin.

And when put against Adrian “Fata” Trinks and Alliance, iG were able to pull out two very narrow wins in a series that lasted more than two hours.

Game one was a 75-minute marathon iG’s dynamic frontline of Jin “flyfly”‘ Zhiyi and Zhou “Emo” Yi were matched pound for pound by Nikolay “Nikobaby” Nikolov and Linus “Limmp” Blomdin. But even though the final kill differential was dead even at 47-47, Alliance didn’t lead once after they were 10 minutes into the game.

In game two, Alliance stole the lead from iG multiple times, but the Chinese team had a lot more teamfight potential with flyfly on Gyrocopter being paired with Emo’s Arc Warden and Hu “Kaka” Liangzhi’s Earthshaker. That core made it almost impossible for Alliance to do anything and eventually let iG shut them down for a 36-22 win.

After making it into the upper bracket, iG will have a classic Chinese showdown against Vici Gaming, while another rivalry will be renewed as Na’Vi takes on Alliance. IG will be the first of those two series when it begins 6:30am CT on Jan. 21.