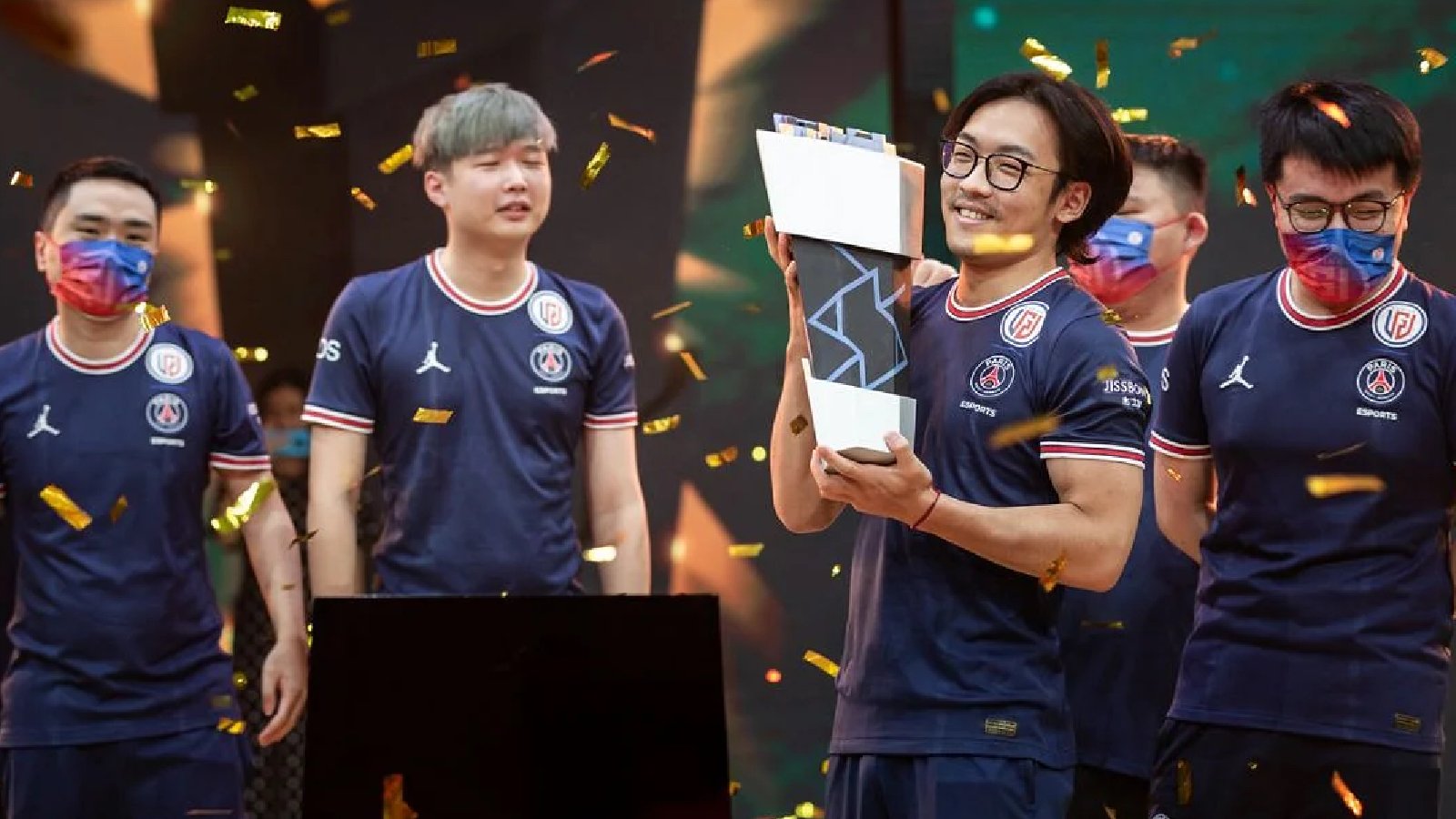 PSG.LGD headed into The International 2022 as the favorites to win the tournament, and even though they only finished third in Group A due to impressive runs from Evil Geniuses and Team Liquid, that hasn’t changed.

According to a community poll, 27.66 percent of the Dota 2 fans who voted still expect PSG.LGD to take home the Aegis—slightly more than the 25.59 percent who think EG can win it for the second time.

EG has been the best team in the competition, along with Tundra Esports, who topped Group B. They had 14 wins and four losses apiece in the group stage. But, people still have doubts about them—even more so after being inflicted with the Kyle Curse.

PSG.LGD didn’t look as impressive, but they were still a well-oiled machine with 12 wins and six losses, and now playoffs are here, Dota 2 fans believe they’ll hit their stride.

Like previous years, they’re the strongest contender from China—and Chinese fans are vesting a lot of hope in them due to concerns about performances and representation across the board.

Team Aster performed well but finished fourth in Group B, and sadly, Royal Never Give Up has been plagued with health issues that caused them to forfeit games and slide down to sixth in Group A, putting them in the lower bracket.

Still, it would be unwise to count out EG, Team Secret, Team Liquid, OG, or anyone else for that matter—even defending champions Team Spirit, who have found themselves in the lower bracket once again.

TI11 playoffs are shaping up to be an exciting affair, and even though people have their Dota 2 favorites, as we’ve seen in previous years, anything can happen.