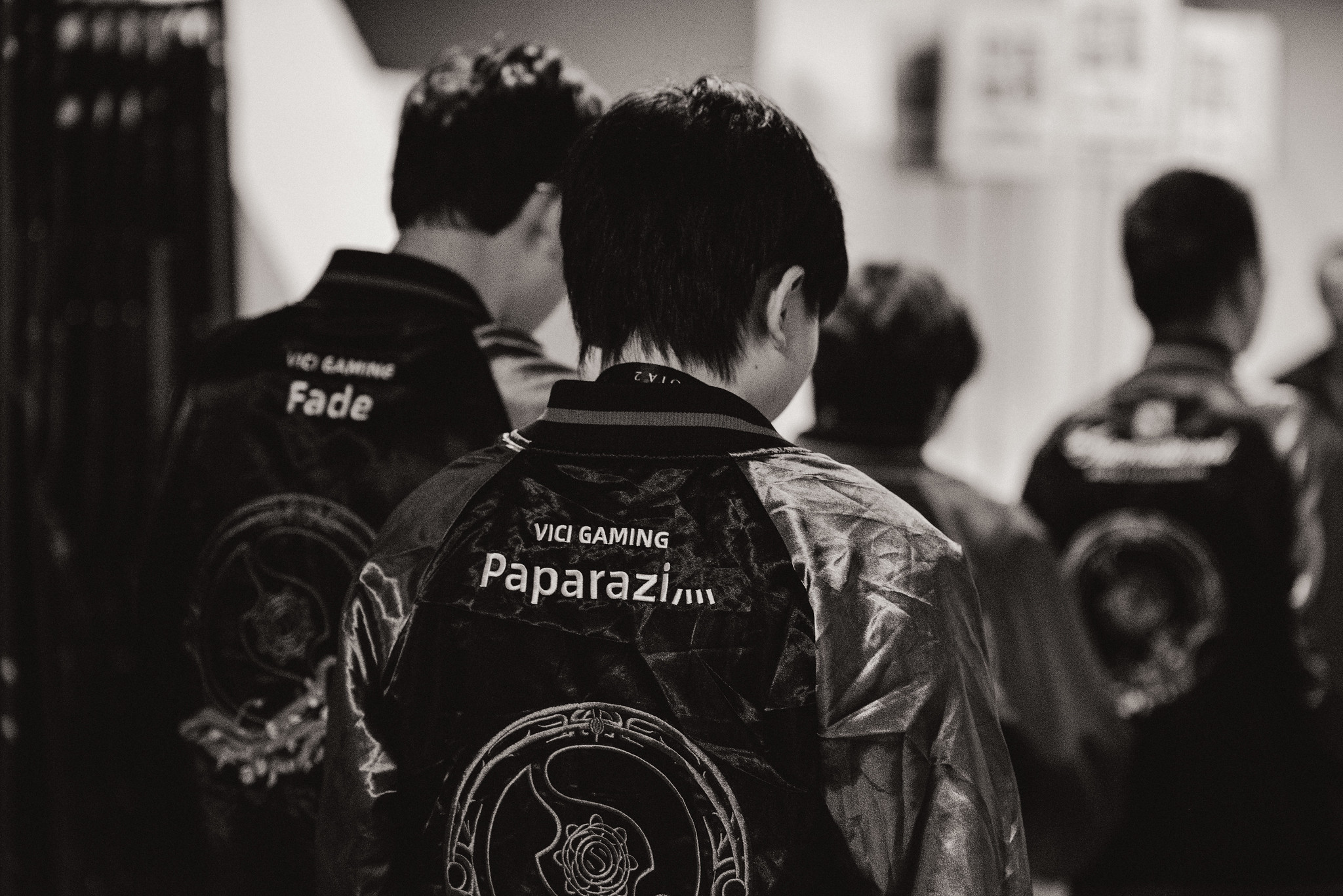 Vici Gaming were one of the most dominant teams during the 2018-2019 Dota 2 season and one of the favorites to win it all at The International 2019. But according to recent social media interactions between Pan “Fade” Yi, Royal Never Give Up, and Vici, there was some drama building before TI9 even ended and it culminated in Fade announcing his early retirement today.

Fade captained Vici’s incredible run through the Dota Pro Circuit, helping his team become one of the favorites to claim the Aegis of Champions. The 23-year-old Chinese support player entered TI9 with a lot of pressure on his shoulders to lead Vici to an International victory in front of their home fans in Shanghai.

Things didn’t go as planned for the Group B favorites. OG dominated the early portions of TI9, but Vici still managed to secure a good spot in the upper bracket.

Vici were sent down to the lower bracket by PSG.LGD and later eliminated by Secret, bowing out in a tie for fifth place.

After TI9 concluded, Vici seemed like one of the few teams with a good enough core to weather the oncoming storm of roster changes and focus on bettering their chemistry and tactics for next season. But earlier today, posts on the team’s Weibo page called out RNG for tampering with one of their players before TI9 was even over.

RNG overperformed after being one of the last teams to qualify for TI9, claiming a seventh-place finish and upsetting top teams like Virtus Pro along the way. But Vici claimed that RNG reached out to contact one of their players, Fade, about potentially joining the team after the event was over.

RNG said that the organization never approached Fade about transferring to its team. In the team’s response to Vici’s allegations, RNG said that it reached out to Vici’s managers to clear up any details. This action was soon confirmed when Vici’s CEO Qc later tagged Fade in a separate post asking him to come forward with the truth.

Fade never responded to that post and instead made his own, saying that he’s retiring from the professional Dota scene.

“I will retire and hope that marks that end of the drama,” Fade said. “I’m tired of being at the center of the storm. Playing professionally these last few years has been bitter. I think I’ve already let everyone down so many times, and I’ve ended it all. I’m going to be an ordinary person, and I’m going to just simply enjoy Dota.”

It’s unclear exactly why Fade felt the need to fake this interaction between himself and RNG, but the biggest cause could be because he wanted to drive up his own contract price. If Vici felt that another organization was going to offer a better deal to him, it might have given Fade a higher salary.

Following that statement from Fade, Qc apologized to RNG and removed Fade from Vici’s official roster. There has been no comment made by either team on Western social media, but this has massive implications for how the roster changes in China will go.

While Vici were once a safe bet to remain on top, now they need to find another top-level support player. LGD might also take this as a sign that it can keep its current roster and just watch its Chinese rivals scramble for a fix.

Whichever way this ends for Vici, RNG have come out in the clear and one of the top young Chinese players is now likely going to be shunned from the competitive scene for causing drama between the two organizations.