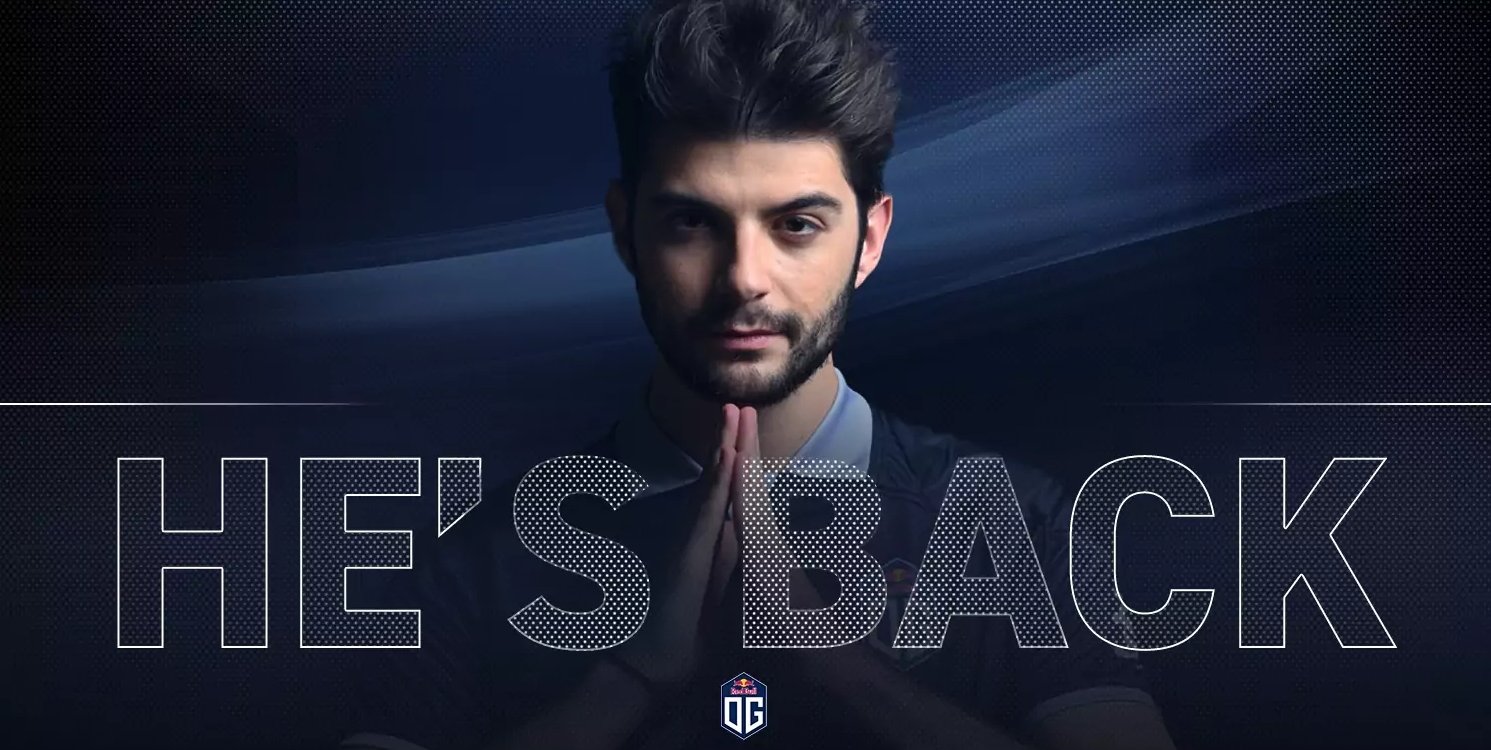 It seems like stepping away from Dota 2 just wasn’t in the cards for Sébastien “Ceb” Debs. After just under seven months on the inactive roster for OG, the offlaner is back as the team tries to get back into top form.

Ceb will replace legendary mid player Syed “SumaiL” Hassan, who is now truly a free agent for the first time since joining Evil Geniuses back in 2015.

Ceb made the call to jump back onto the team’s roster for multiple reasons, including missing the competition of top-level Dota, wanting to see the team perform better, and wanting to play with his friends in tournaments again.

“I actually missed them a lot,” Ceb said. “We’ve been through everything together. Every game they play in which I’m not playing felt like a waste of my time. I enjoy playing with them more than anything else.”

Ceb is leaving his internal role as OG’s head of performance to rejoin the battle for a third straight International title, whenever the next TI actually happens. And it helps that he has been actively involved with playing games with the current roster over the last several months due to COVID-19 forcing all of the tournaments online.

Despite “stepping away” from the team, Ceb has played in five tournaments for OG as a stand-in since ESL One Los Angeles was canceled.

The team has had a very mixed level of performance since running with the SumaiL, Yeik “MidOne” Nai Zheng, and Topias “Topson” Taavitsainen triple lane lineup. It worked fairly well for LAN events, but that did not translate to online success, with only one tournament with the full five-player lineup actually having OG finish in the top two.

Ceb stepping back into the offlane provides OG with a more traditional lineup made up of three members of the back-to-back TI Champion roster. SumaiL is now the hottest free agent on the market, but OG could end up improving immediately after making this move.