7 debutants to watch out for at TI9

Who runs the world? Rookies. 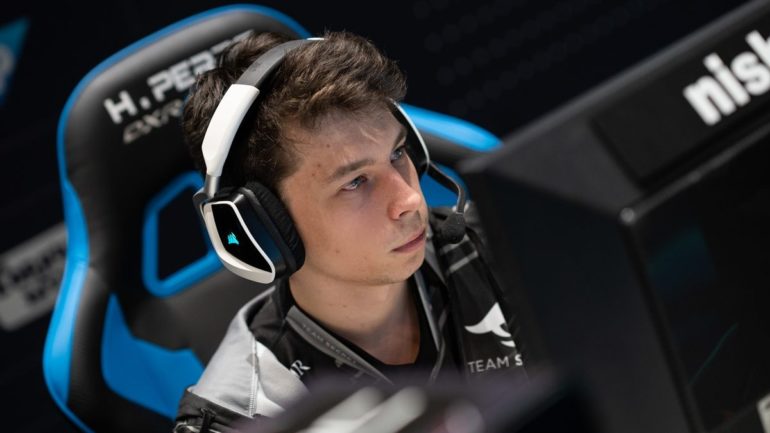 With the ninth edition of The International nearing, it is time to celebrate both the veterans and rookies who are heading to the biggest Dota 2 event of all time.

Last year’s TI taught everybody to fear the rookie. Topias “Topson” Taavitsainen made an excellent debut at the event by winning lanes and shredding teams with his domineering early-game playstyle on the way to a championship and a cool $11 million.

Related: LaNm is the oldest player and the only one born in the ’80s who will attend TI 2019

From electrifying cores to stellar supports, here are seven of the rookie stars that are sure to make an impact on the tournament.

This might be Nisha’s first time at The International, but he’s no stranger to winning tournaments. Part of the successful Team Secret that thoroughly dominated this year’s Dota Pro Circuit, Nisha’s carry play with his signature heroes Morphling and Terrorblade secured their status as top dog throughout the year.

Poached from Kinguin to be part of Clement “Puppey” Ivanov’s all-star Secret team, Nisha will hope that his addition to the team can help turn Secret’s fortunes at TI, mirroring Topson’s impact with OG in TI8.

miCKe was one of the last remnants of the Heroes of Newerth professional scene, before switching to Dota 2 in 2016. As part of the Alliance’s new renaissance, miCKe has found his stock as a player rising, even when Alliance’s results were nothing to write home about. An extremely stable and skillful carry and mid player, miCKe is best known for his playmaking skills on heroes like Morphling and Mirana.

Interestingly, miCKe was actually one of the players OG wanted last year, after Gustav “s4” Magnusson and Tal “Fly” Aizik left the squad. The alleged player tampering was quickly nipped in the bud, though, and OG looked towards pubstar Topson to fill the squad. The rest, as you know, is history.

vtFαded enters TI9 as somewhat of an unknown property. As the newest recruit to Chaos Esports Club, along with TI winner Lasser Aukusti “MATUMBAMAN” Urpalainen, vtFαded is one of the numerous Southeast Asian players who have gone overseas for better opportunities.

A known pubstar, vtFαded was one of the highest-ranked players in Southeast Asia at one time. After hopping around teams and failing to qualify, he finally seized his chance when Chaos came calling for a new carry player. With his relatively unknown status, vtFαded will hope to deliver a similar impact as Topson did with OG.

TNC’s TI8 outing was disappointing to say the least, as they exited in the first round of the playoffs. Part of their strategy was to revitalize the roster with new Fillipino talent, with Gabbi headlining the transfer.

Beginning his career as a talented mid player, Gabbi has grown to become one of the best carry players in Southeast Asia, constantly proving his worth as a late game carry. Gabbi had to fill in the shoes of Marc Polo Luis “Raven” Fausto for TNC Predator, and he did so with aplomb. TNC will surely look to better their results from last year at TI9.

As the newest addition to Na’Vi, Zayac was brought in to spice up a roster that hadn’t been seeing much success. Considering that he’s now making his debut at TI, Na’Vi’s plan have clearly worked.

Zayac is known for his unorthodox hero pool, including the ever-dreaded Techies and obnoxious Nyx Assassin, so much so that his heroes were perennial bans throughout the CIS qualifiers.

Zayac will look to help the former TI champions recapture glory at the event. Expect to see some explosive performances from the position four star.

Vici’s history as an organization is peppered with second places, but Dy has truly turned them into a dominating force this season. As one of the youngest captains and position five players in the game, Dy is also in charge of one of the youngest squads in attending the event.

Dy’s stellar play on dirt-poor supports like Nyx Assassin and Disruptor have helped Vici win two majors and one minor this season. He will look to help Vici turn from bridesmaid to bride on the biggest stage.

As one of the most underrated supports and captain in China, dark has been relatively under the radar throughout his career. Having been with Keen Gaming since its inception, dark and his squad was stuck in the tier two scene up until they decided to look towards experience to strengthen the squad.

With veterans on his side, dark showed off his drafting prowess and support play throughout the season, including an impressive ESL One Mumbai where they won several other TI-qualified squads on the way to a championship.

With their two-year anniversary coming up, dark would want to celebrate it with a maiden TI win.