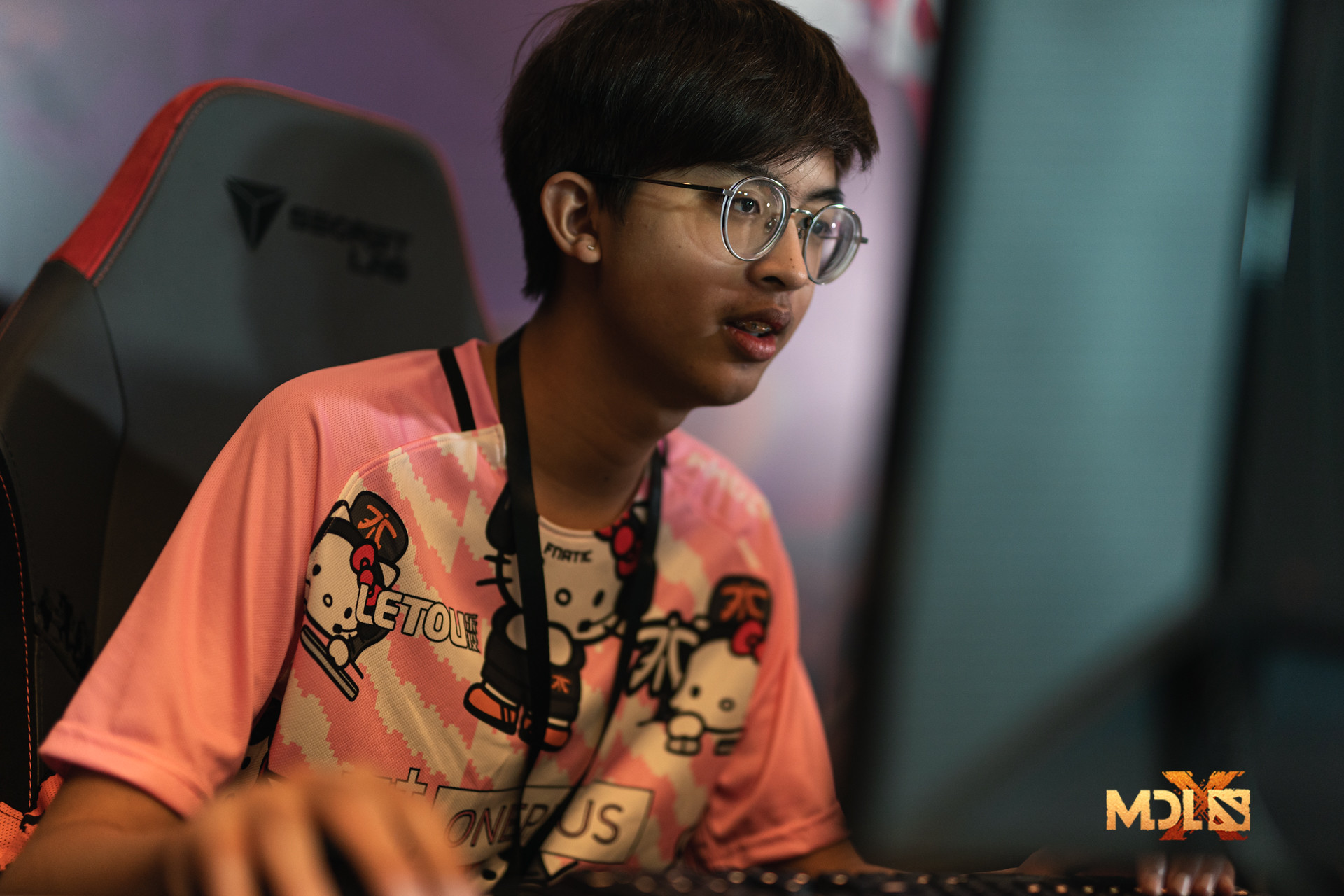 It’s not uncommon for a professional Dota 2 player to get banned due to multiple people reporting their account after matches—regardless of how the pro actually played. But it doesn’t usually happen during professional tournaments.

While practicing for matches at the DreamLeague Season 13, the new Fnatic coach Lee “SunBhie” Jeong-jae posted a video showing that one of his players, Nuengnara “23savage” Teeramahanon, had been banned.

The ban occurred during one of the team’s practice sessions while most of the other teams were facing off during the first day of the main event. And as Fnatic were preparing for their series against Team Secret, they ran into a slight issue.

SunBhie’s post showcases a monitor that has 23savage’s account summary page pulled up as he runs his mouse over both his rank and the Find Match button.

Because his account was banned, the coach notes that his Immortal rank showing he is in the global top 1,000 had been removed. When the player went over to look for a game, the Dota 2 client said that 23savage was banned until Jan. 19, 2038. You can hear the amusement in SunBhie’s voice as he and the team laugh at the entire situation.

Since this took place during a Valve sponsored event, the turnaround time on getting his account back was probably near-instantaneous; otherwise, it could negatively impact the team’s performance in the playoffs.

That Jan. 19, 2038 should look familiar to a lot of other Dota players too, since it’s the exact same date that’s given to players who are banned after several rule changes were added during a September update to the game’s matchmaking. Those changes extended bans to include the following:

The 20-year ban wave was a big talking point in the community, and it was quickly discovered that the only reason that date shows is that it’s the limit for what the Dota 2 servers can handle in terms of numerical value. Those players are actually serving a lifetime ban from online matchmaking.

It is unclear exactly why this happened to 23Savage, but the same situation also happened to two TNC Predator players around the same time.

TNC’s Kim “Gabbi” Villafuerte and Timothy “Tims” Randrup received the same notification when they signed into their accounts following the team’s elimination match earlier today. Both players have already confirmed that they are no longer banned, but this is still a problem that shouldn’t be regularly affecting the pros, especially during big events.

This is likely just an issue with players mass-reporting the pro’s accounts once they realize who they are, but no official cause has been named yet.

23Savage and Fnatic will be taking on Secret at 3:30am CT on Jan. 22 in one of the final upper bracket matches of the first round. The winner will play the victor of Natus Vincere and Alliance, while the loser will drop down to the lower bracket to face Gabbi, Tims, and the rest of TNC.