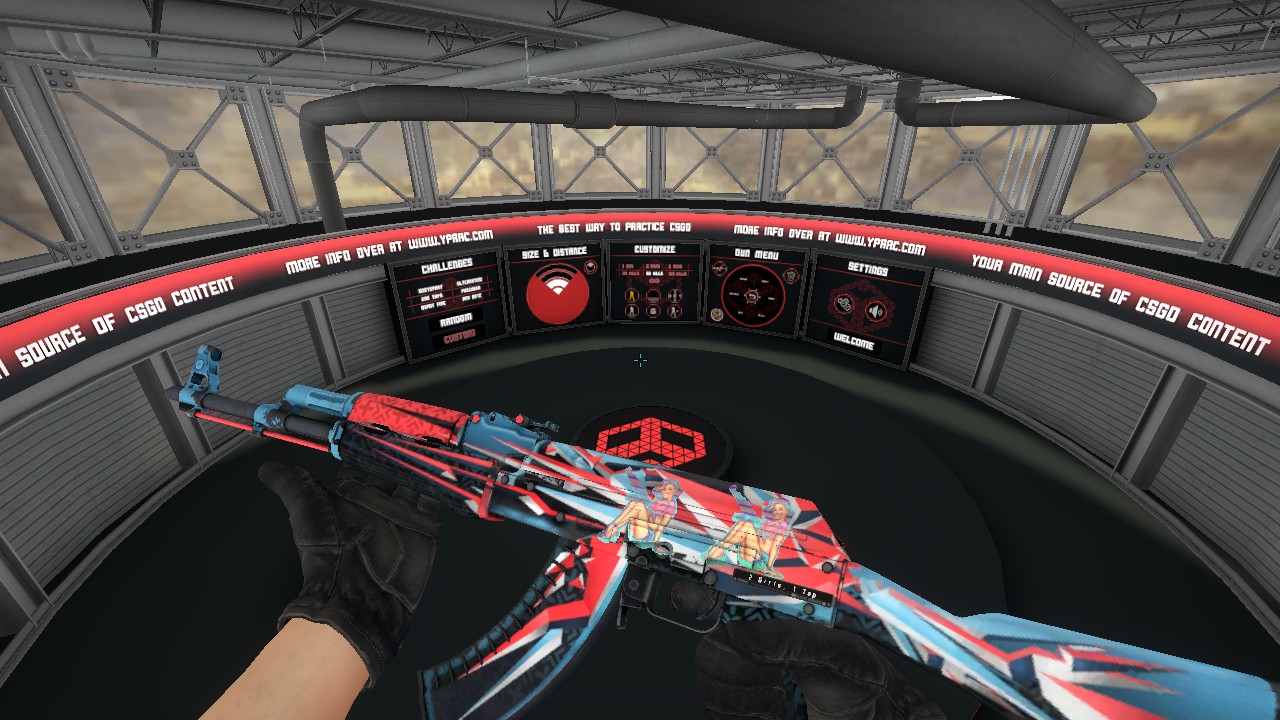 A new map for practicing aim in CS:GO was released in the Steam community workshop earlier this week, and it’s definitely worthy of being added to your warm-up regimen.

Yesber, the creator of several well-known prefire and shortcut maps, created a new one called Yprac Arena. It’s very similar to the community-favorite, aim_botz, which has become a staple for warming up for professional and casual players alike–except it has a much different feel to it.

Besides the typical vertical aim muscle memory practice, Yprac Arena contains challenge modes to help players improve different aspects of their playstyle. Those modes include one-taps, burst fire, body spray, precision, alternating (between modes), and even aim_botz. The player models of the bots can also be toggled for situational settings, like armor, strafing, and model angle.

Additionally, there are also fun customizations to time trials and amount of kills to see how your trusty aim measures against friends. Those are automatically measured in kills per timed trial and kills per minute.

To start a quick practice session all you need to do is set up your optimal settings, and then step onto the large protruding circle in the center of the map. From there you can let your aim do the work.

Good luck, and have fun practicing.