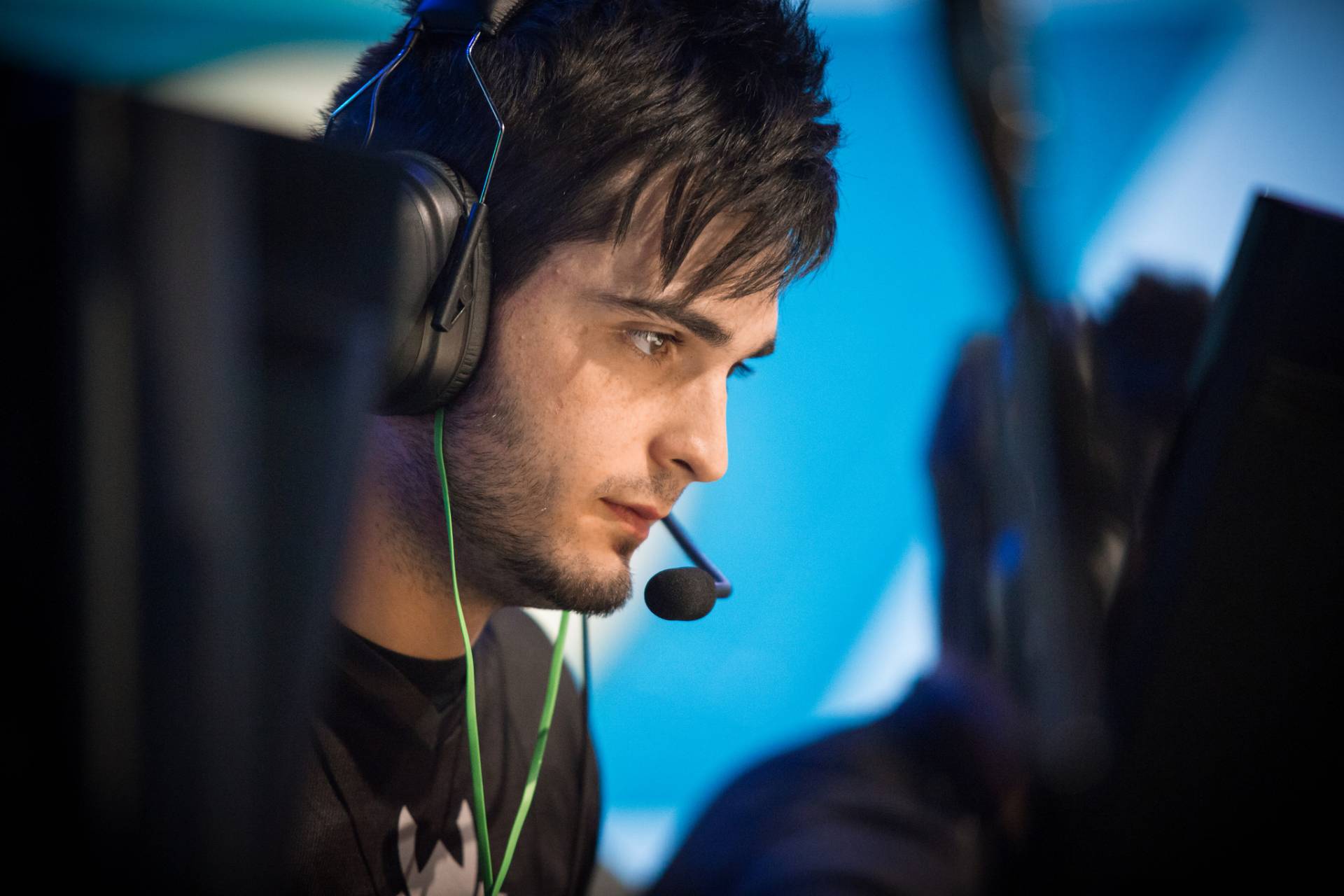 Richard ‘shox’ Papillon is already enshrined as one of the greatest players in CS:GO history, but the last three weeks have seen him return to his blistering best and seemingly reassert himself as a candidate for the best player in the world right now. As mysterious as his ability to play CS:GO at such a high level is the nature of his seemingly unprompted return to peak form each and every year, where others have their periods of excellence and then never attain such a state of mastery again.

From the 11th of May until now, shox has been at a peak level of form which could be put up against the heights of any all-time great player’s best run. In just over a three week span, shox has a +167 kill to death differential over 26 maps of online and offline play and his G2 have lost only four maps out of 18 played offline and are a flawless 8:0 online.

His opponents over that stretch of time have included the likes of Luminosity, the reigning major champions and the best team in the world; NiP, the champions of Dreamhack Malmö; Virtus.pro, the veteran line-up who have had the same five players for the longest time in CS:GO and recently won the Starladder Invitational; Dignitas, top 10 ranked for a number of months; and FNATIC, admittedly without the monstrous olofm but still featuring a number of strong players.

Over the five maps of the final of the ESL ProLeague S3, shox put up 121 kills and achieved a better ADR (Average Damage per Round) than anyone on the Luminosity team which won that match. For the whole offline event he went +52 and was at 0.84 FPR. As incredible as that performance over 10 maps was, worthy of an MVP award without question, a single LAN does not alone indicate a player has ascended to god-like status, as twist’s impressive Dreamhack and then lacklustre follow-up showed us.

Over Group B of ELEAGUE Season 1, shox has gone +52 and is at an even better 0.87 FPR. Admittedly, he has played against two North American teams, who are of lower status than much of the competition at the previous LAN. Online form does not always translate to offline, but online the French master has been just as incredible and it is hard to find even maps over the last three weeks where he has looked mortal. This is less a flashback to the great form of old than an improbable but undeniable return to that state of dominance.

What makes shox so revered for his talent and ability is the ease with which he seems to return to peak form and remind everyone he is one of the best players to ever touch this game. In Source he was a near mythical player, even down to his absurd statistics in one-on-one aim map ladder games. In CS:GO, shox has had three legitimate periods of outrageous form and the odd tournament or map peppered elsewhere in his storied journey to shox the quality which is always waiting below the surface of his game.

VeryGames had been one of the best teams in the world long before he joined their CS:GO squad, but his own peak in form, from Starladder Season VII onwards, aligned identically with VeryGames own ascension to the top of the pile to become the world number ones. He would help carry them to three straight offline Bo3 series wins over NiP and four international titles during his peak, to be added to the two they had won before he had entered it.

A legendary example of the height of shox’s powers in CS:GO was the MSI Beat It final against the newly pronax led FNATIC in late 2013. shox aced both of the pistol rounds on dust2, the first map, and got five of the 10 pistol kills on the second. Rest assured that moment still lingers in the memory of those FNATIC players, in spite of all the trophies and glory they have since put between them and then. shox was the best player in the world and there were few who would deny him his crown.

It is perhaps a shame that early 2014 saw relatively few tournaments, in contrast to today, so shox’s peak over extended over two more before the dark days towards the end of his first spell in what was then Titan, as poor results coupled with the stresses of living in a team house drove him to embark on a new adventure in Epsilon. That team featured on the still improving kioShima as fellow talent, with the skilled but troublesome fyx0 making a brief appearance.

In Epsilon, shox was attempting to mould himself into a primary AWPer and in-game leader, so his individual game suffered and he was not the same dominant force. Even so, there were key games and one tournament in particular which can be cited as showing the degree to which he could still take over a game.

At Dreamhack Valencia, a tournament without the big names in attendance, shox’s Epsilon finished second largely due to their captain’s individual carry effort. In the deciding game of the semi-final against HellRasiers, then still a very dangerous and skill-laden squad, shox painted what many consider to be his CS:GO masterpiece on what is still known to be his best map, dust2. Epsilon would win 16:0 as shox ran off a 30:3 K:D ratio.

After the French shuffle of the late Summer, shox wound up in the skill stacked LDLC and would in a few months be under the leadership of Happy. Put into an entry role position, shox’s individual play suffered initially, with the team being notoriously poor on T side full buys, but he showed some signs of excellence even in that role in their MLG X Games Aspen run in January of 2015.

The second peak of shox came when EnVyUs, as LDLC were now known, went through their leadership crisis of the Summer of 2015. The former VeryGames ace took the reigns of the team and despite a couple of notable low points, including two Bo3 losses to Cloud9, powered them through to a second place at StarSeries XII and a title at Gfinity Summer 1, including a sweep of NiP in the final. Over those two events and ESWC, he was +153. Of course, after the latter event he was kicked out of EnVyUs entirely after a failed coup.

In his return to Titan, now since become G2, he had not shown many signs of becoming a dominant force again. Early on there was a strong performance at Gaming Paradise, but that tournament was seen by few and is respected by even fewer as a legitimate competition. Indeed, shox seemed largely dormant, in the sense of super-star play, until recently. There would still be the occasional map but nothing close to the consistency and impact the world had seen from him in the past.

shox at his peak is perhaps the most complete rifle player in history. olofm may lay claim to being the best overall player in history, with his ability to AWP at an elite level and his skill as an entry fragger on certain maps, but shox has the rifle component of CS:GO nailed to a level that defies belief. G2’s star can entry, as he is famous for on cache, and instantly shoot heads off with a couple of bullets each, leaving a suddenly entirely undefended site for his team to take over.

Left in the middle to latter portion of the round, shox is in his comfort zone winning clutch rounds with a staggering consistency. His intuitive sense for how to break down a clutch round situation should be studied in schools as an example of effective decision-making under pressure. No round is lost while shox still stands.

Finally, his talents with a pistol remain the stuff of legend. On a crucial round which can still decide who takes a map, shox stands out as one of the best to ever wield a USP or P250.

What makes shox’s returns to form so staggering is that they have taken place year upon year of competition. He was at his best in the Autumn of 2013, yet here he is dominant and undeniable in the Summer of 2016. Even the greatest players in CS:GO history have rarely even returned to the peak of their prodigious powers. GeT_RiGhT has never been able to deliver more than the occasional tournament which compares to what he did in from late 2012 through 2013. kennyS has offered little more than flashback maps to his superlative run of late 2014 and early 2015.

The only seemingly comparable god-like player has been olofm. The FNATIC super-star was the best in the game for around six months in the pronax-led FNATIC team and then experienced his own dip in play as his team struggled to win titles in the Autumn of 2015. From late 2015 onwards he returned as the game’s king until his injury in March put him out of play entirely. It is difficult to ignore the context of that return, though, as FNATIC towards the end of pronax’s time both looked individually weakened and had differing opinions within the team over how they should approach the game.

No, shox stands alone as the all-time great who has three times climbed back to the status of a deity within this ever-moving game, where great teams like NiP can go years without a significant title and incredible teams like Astralis battle in vein to ever reach a major final. No one can say when his peak will end, just as nobody could have predicted its beginning, so enjoy and bear witness to one of the best, in his prime. We are still very much living in shox’s world.