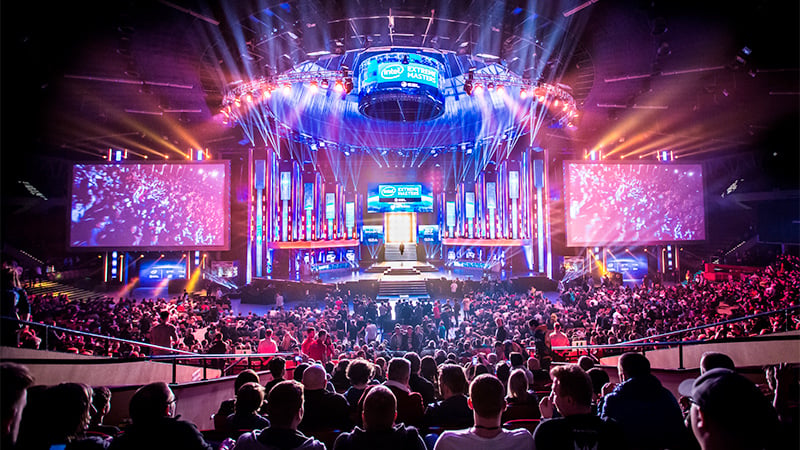 IEM Katowice is on the horizon, and the GAMURS staff is as opinionated as ever. If you want details about the event, they can be found here, but this article is here so you can find out which teams a few members of GAMURS expect to escape the group stage of IEM Katowice 2017. Here is a brief look at their choices: 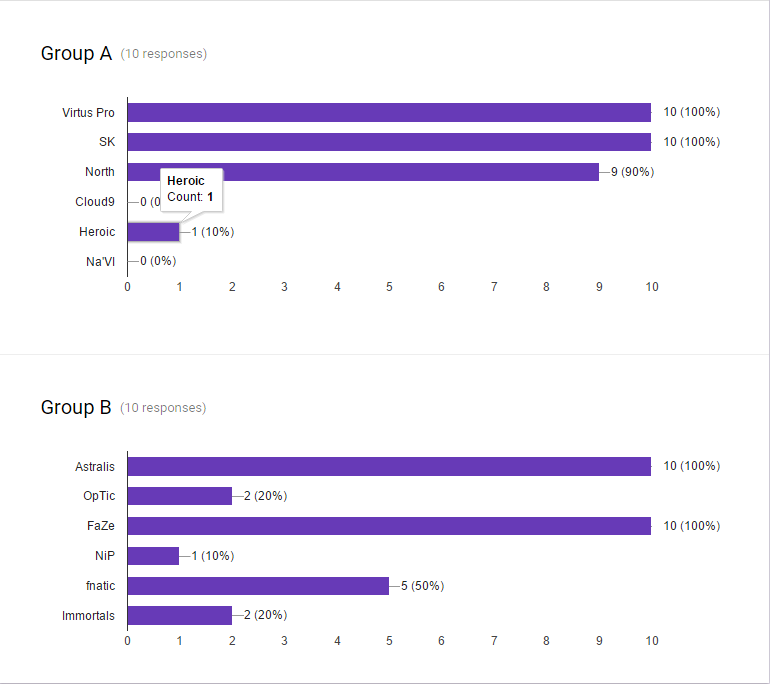 As you can see, Group A was pretty straight forward, with one poor soul picking Heroic. I have no doubt that they watched Thorin’s video on Heroic’s chances to upset. Regardless, most people feel that the group will go to SK Gaming, Virtus Pro and North.

Group B, as I outlined in the preview, is a complicated one. Astralis are heavy favorites for the whole thing, and FaZe Clan feel like a pretty solid pick with their new roster, but as you can see from the graph, the picks for this group vary quite a bit.

Five people seem to have a lot of faith in the old school dominant Fnatic team now that they have reunited. The team had a fantastic performance at the ELEAGUE Major, making it to the semifinals by taking down the dark horse team Gambit. They did have a bumpy ride at DreamHack Vegas, losing to Gambit in a best-of-one and Virtus Pro in a best-of-three, though both of these teams are strong and currently in good form.

Two people picked the #GreenWall, and I think I probably know who they are. However, I am not too sure if they can play up to the same standards after the departure of Stanislaw and the addition of Hiko. The team just hasn’t been able to perform as well against top level talent. For some raw statistics, they lost to Astralis once, North twice, and Immortals once. Considering Immortals and Astralis are in their group, OpTic is going to need a good, consistent run through the groups.

Immortals, with their new addition fnx, are who I personally picked. fnx was a very talented player on SK Gaming, and although I feel like it’s too early to say, I think this squad is going to do well, and so did someone else it seems.

Unfortunately, Ninja in Pyjamas has only been picked once. The team has had some struggles over the last couple of months between failing to qualify for the ELEAGUE Major and only placing top-eight at DreamHack Vegas.

That does it for our first set of predictions. Stay tuned for the pick’em choices from the guys and gals at GAMURS, as well as a follow-up prediction piece for the playoffs.

Do you agree with our top six predictions? Let us know with a tweet @GAMURScom.