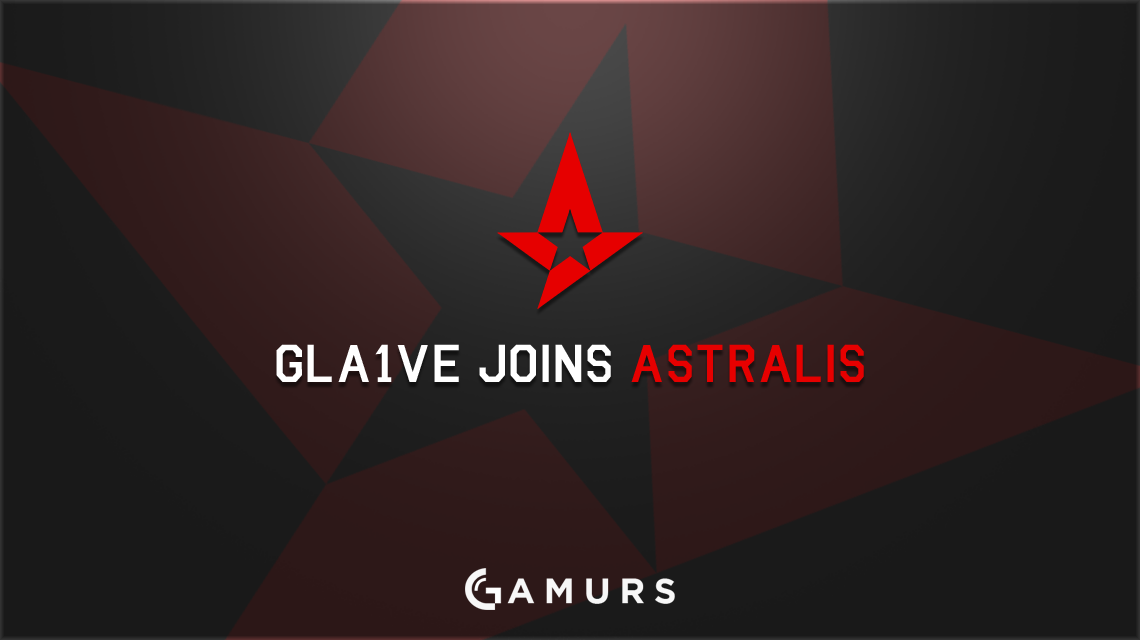 Earlier this month, Astralis announced that they were benching their in-game leader and the veteran of the team, Finn “karrigan” Andersen. In his stead, Anton “notaN” Pedersen filled in for the team for a short while, giving the youngster a chance to prove himself on a seasoned lineup. As many members of the community speculated, the permanent fifth for Astralis from now on will be the stand-in they used at the Cologne Major, Lukas “gla1ve” Rossander.

Rossander went on Facebook to release a statement on the situation, where he said, “Since the ESL One Cologne Major, my biggest dream has been to play for Astralis and today that dream has come true. It is truly a great honour for me to get the opportunity to play and work with such talented people. Astralis has been through a rough patch lately and I will do my very best to get them back to where they belong.” He then went on to thank his teammates on his ex-organization Heroic, one which has thrived since its creation.

Astralis’ coach, Danny “zonic” Sørensen, revealed that the pickup was orchestrated in time for Astralis to prepare for their upcoming tournaments, saying on their website, “We will start playing with Lukas today, preparing for our tough group in ELEAGUE and IEM Oakland.” The group he refers to includes the titans Na`VI and SK Gaming, and kicks off on Nov. 11.

Rossander’s last period with the Astralis players was rather successful for the team as they managed to make it to the last-eight of the Cologne Major with a relatively handicapped team featuring two stand-ins. Only time will tell if he can lead Astralis to the level their incredible lineup is capable of, but has always evaded them.

Nikolaj “niko” Kristensen, formerly of Tricked esports, will replace gla1ve on the exciting Heroic lineup, playing his first tournament with them in just three days, kicking off on Oct. 27.