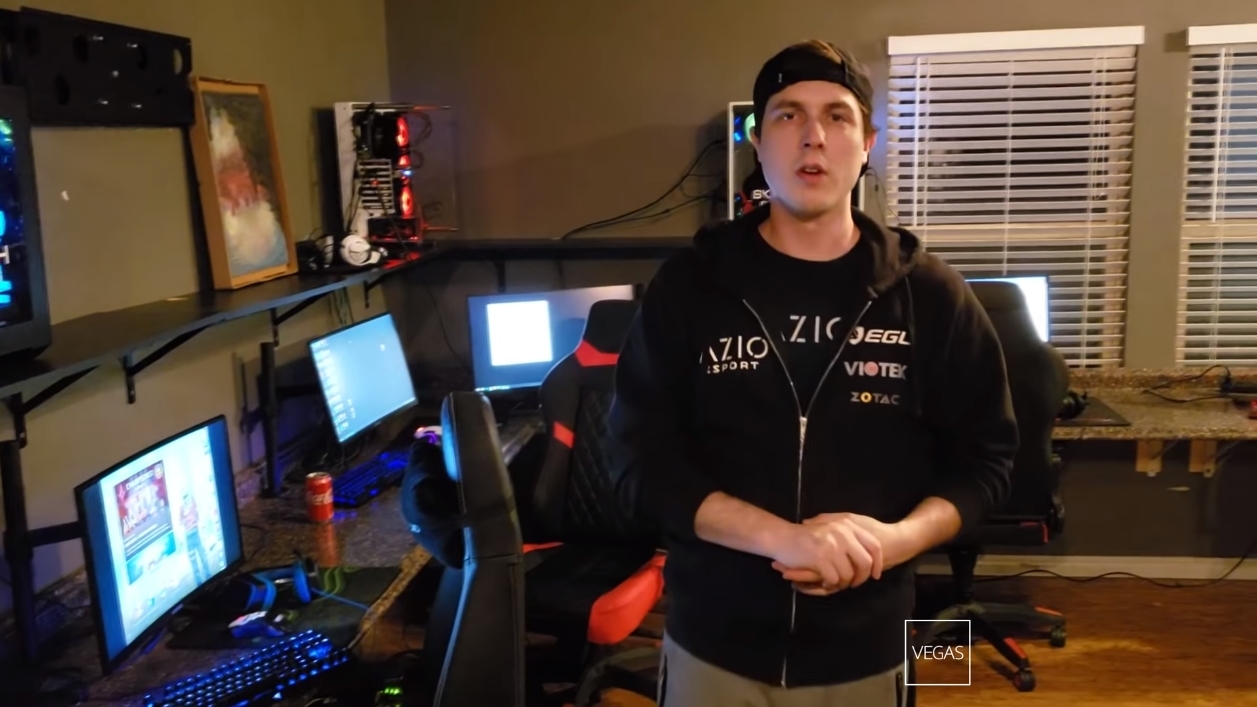 After AZIO Esports’ CS:GO team signed with Spacestation Gaming on Oct. 10, AZIO manager Jordan “Tryhardd” Trabue entered the team’s Oklahoma house. He proceeded to shut power and internet off from the home and remove the computers that the organization provided, according to a report by VP Esports.

Several players spoke to VP Esports, describing the fear they felt as Trabue, allegedly without informing the players beforehand, made his way through the house. The players, unsure of their rights, contacted the local police department, who arrived at the property.

An officer, several players say, informed them that the owners—AZIO, in this case— had the right to shut off utilities and seize property with proof of ownership. The owners, however, couldn’t issue a 24-hour eviction notice, which Trabue claimed was given to the players.

Trabue denied several additional elements of the players’ recounts, saying he did what he was told to do by AZIO owners, but he didn’t shut off the power or behave belligerently. When VP Esports pointed out inconsistencies in his version of the story and that several eyewitnesses said he turned off the power, Trabue said AZIO owners asked him to shut the house’s power off, but he refrained from doing so.

In a message an AZIO owner sent to Trabue, which Trabue showed to VP Esports and led to the team house confrontation, there were no instructions in it to turn the house’s power off.

“Let the teammates know they are no longer allowed to stay at the house and that they need to make arrangements by tomorrow to be out,” the message reads.

When VP Esports’ Richard Lewis questioned him about where in the message he was specifically instructed to shut power off from the house, Trabue didn’t answer, but said that it was a “really difficult situation in a sense that we have a team who decided to sign with another org after we provided so much for them.”

AZIO operations manager Clay Taylor, who was given a “summary of the contradictions in their story” by VP Esports, stood by Trabue’s statements and said that AZIO did as well.

Trabue, after the incident at the team house, removed each player from the team’s ESEA roster, which could have resulted in forfeits for the rest of the season in the MDL. ESEA admins were made aware of the circumstances, however, and ensured that the players wouldn’t forfeit their remaining matches.

Other players spoke out against AZIO and Trabue, too. Former AZIO player Alexander “Mauisnake” Ellenberg uploaded a vlog to YouTube, which described Trabue’s relationship with players and AZIO’s tendency to break promises.

Mauisnake said his team played at a local internet cafe for a period of time because the house didn’t have any furniture other than beds. He also said the team ran into issues with Trabue, who continuously tried to retain his starting position on the team.

The issue led to a meeting, where the players asked Trabue to leave the team so they could pursue a replacement. Trabue argued with the players in the meeting, and even threatened Jack “JackZ” Zaruba on Feb. 10, when Trabue said he would “knock [JackZ] the fuck out” if he was replaced. JackZ left the team five days later.

VP Esports confirmed Mauisnake’s claim with JackZ, who said he doesn’t “believe a person of influence on younger individuals or someone who was in his job position should be doing these things around the players or anyone else who is not of age.”

Mauisnake also claimed Trabue threatened him personally. Trabue, Mauisnake alleges, told him he could “fuck [him] and not pay for [his] flight home.”

Additionally, Mauisnake said the organization failed to deliver on contractual promises of gym memberships, a grocery delivery system, and the salary payment for their final month.

VP Esports is also investigating claims made by several more players who claim they weren’t paid by AZIO Esports.