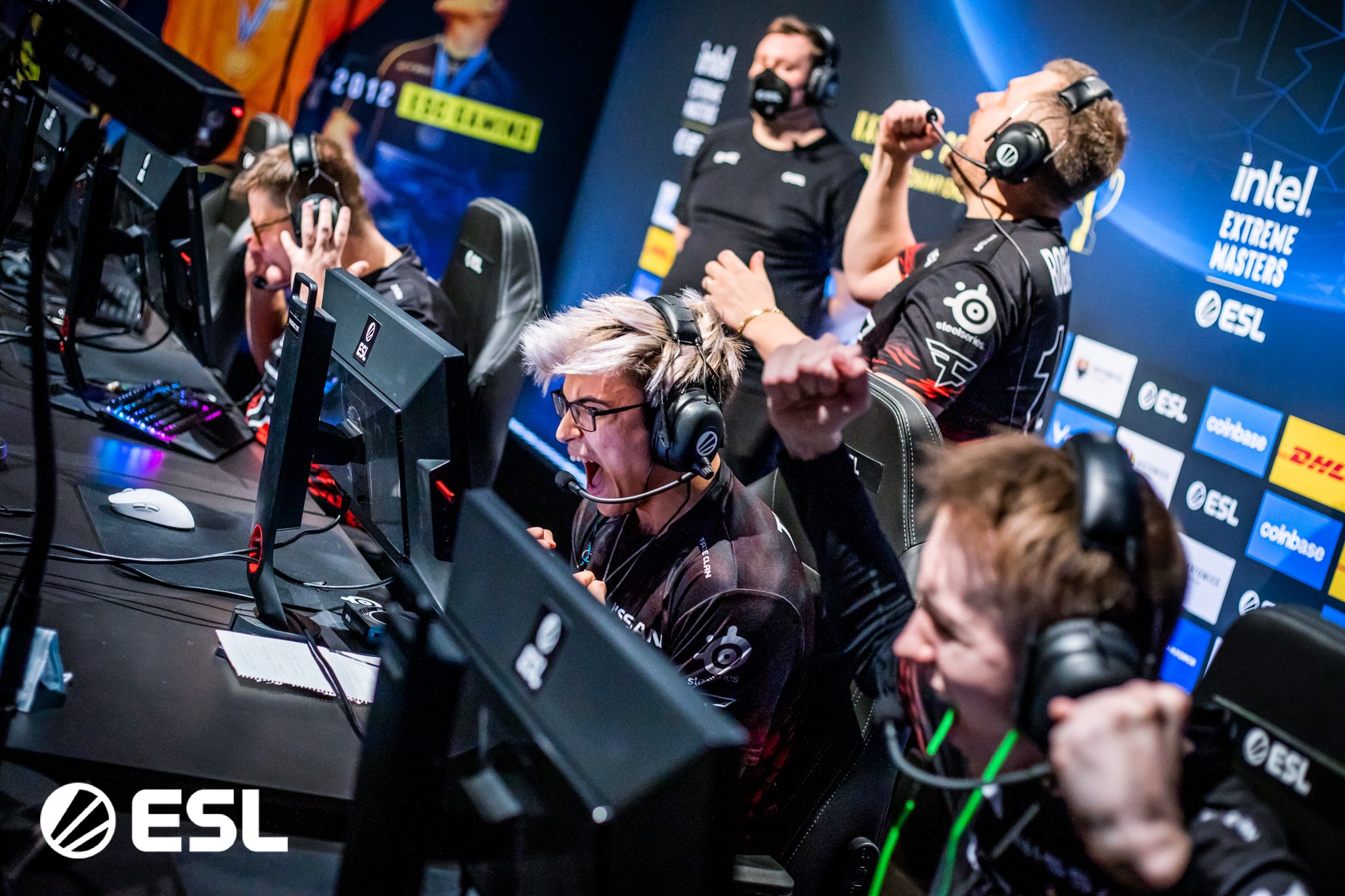 FaZe Clan are moving on in the IEM Katowice playoffs following a 2-0 victory over Gambit at the Spodek Arena today.

The international CS:GO squad had to play with stand-in Justin “jks” Savage once again in the competition, this time in place of Håvard “rain” Nygaard, who’s been testing positive for COVID-19 since Saturday, Feb. 19. Jks was brought in to replace Robin “ropz” Kool during the initial stages of the tournament since the Estonian superstar tested positive for COVID ahead of the competition and had to remain in quarantine in Warsaw.

Gambit fought their way into the playoffs via the group stage’s lower bracket and were the favorites to take down FaZe, but they were dominated by Finn “karrigan” Andersen’s men on Dust II, their own map pick. Good calls and great individual performances by jks and ropz helped FaZe secure a 16-5 victory. The latter finished with a 20-8 K/D and won a one-vs-four clutch to seal the map.

Gambit were looking better on Inferno and even established a great lead in the first half, but some key mistakes lost them important rounds. FaZe’s AWPer Helvijs “broky” Saukants, for example, pulled an ace out of his hat in an eco round, even though he also killed one of his teammates in the process. The game was somewhat balanced, but once FaZe switched to the CT side, they took control of the game and beat Gambit 16-11 to move on to the semifinals.

The next adversary of FaZe will be Heroic, who are undefeated in the tournament. They’ll play each other tomorrow at 12pm CT, and there’s a chance rain returns to the active lineup if he’s cleared by the medical staff. ESL is not allowing players or coaches to compete in the playoffs from their hotel room since there’s a difference in the competitive environment due to the arena and live crowd.