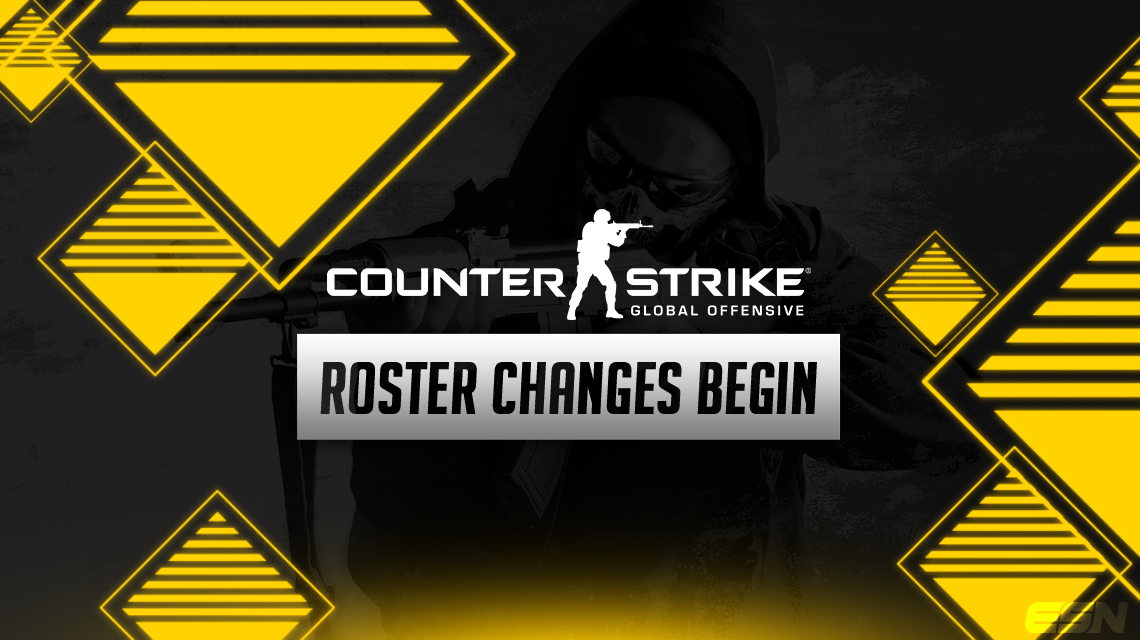 With the end of DreamHack Cluj-Napoca , the final major, and with 2015 also coming to an end, many Counter-Strike: Global Offensive teams  looking for new players to upgrade their rosters, and bring forth a stronger lineup for the 2016 season. After the World’s top 16 teams gauged their team’s strength in Romania, it is not surprising that we’re seeing new changes, and upcoming roster movements in the future.

The following list will include a compilation of all current roster changes that have been confirmed in the CS:GO community.

The first BIG roster move in the community occurred yesterday, when Pronax, the in-game-leader for Fnatic, stepped down. After leading the team to three major titles, and holding onto the “Best Team in the World” title for almost a full year, Wallsten left. In yesterday’s announcement, Pronax stated that he would “be back soon”. Flusha will be the acting IGL.

Fnatic looked no further than G2.Kinguin’s, dennis, to complete their roster. Bringing dennis to Fnatic sturrs a lot of talk in the CS:GO world as, both, Olofmeister, and KRIMZ, have previously played with him on the former LGB squad. Only one can wonder what this new team will be able to accomplish.

Losing dennis was definitely a huge blow to the G2 roster as he played a big part in their run at DreamHack Cluj-Napoca. However, the organisation has allowed dennis to pursue his dream of playing under the Fnatic brand, for an undisclosed fee.

G2.Kinguin look to the future as they picked up aizy, formerly a member of Team Dignitas. Aizy is a player that, some have agreed, as “elo hell” on Dignitas where he was able to, consistently, outperform most of his teammates. Many are excited to see how aizy fares with his hot, and new G2 lineup.

Shortly after the aizy moved to G2.Kinguin was confirmed, Pimp ultimately decided to step down from his instrumental role at Team Dignitas. This came as a huge shock to fans since he was such a crutial individual in the lineup.

As Dignitas look forward to 2016, they acquired RUBINO and k0nfig from Copenhagen Wolves. Fans of Dignitas are shocked, and unsure of the move, but are looking forward to see what new achievements arise from this new lineup.

Copenhagen Wolves lost RUBINO and k0nfig to Dignitas through the “Job Release Clause” or “buy out” clause in their contracts. Currently they have no other news as to who they are picking up as their third and fourth. However, they have said that their CS:GO team will be announced “soon”, so fans can look forward to their new lineup.

Be sure to keep up-to-date with all of your Counter-Strike: Global Offensive news and updates at our Twitter – @ESNCS