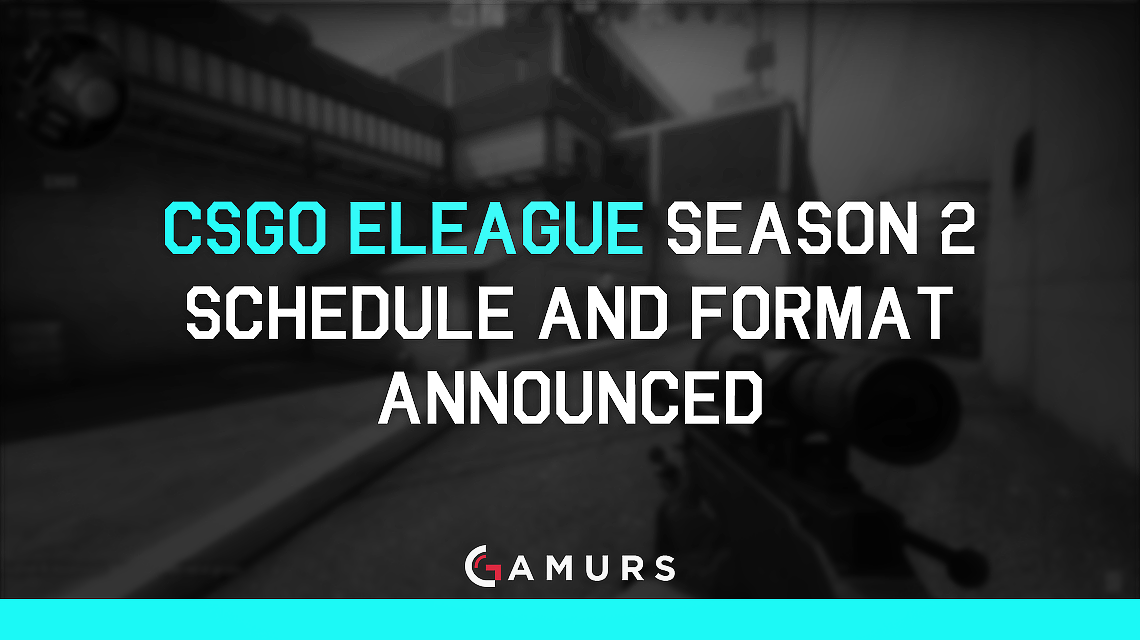 In a press release on ELEAGUE’s site, the schedule and format for the second season of television-based Counter-Strike: Global Offensive action was confirmed. During the first season, many night matches were hosted on the TBS network. The Friday night 10 p.m EST “showcase” matches will also continue during this season.

In a playoff showcase featuring all of the premier Counter-Strike teams, the season will conclude after an eight-team, single-elimination bracket is held. The playoff schedule will be:

According to ELEAGUE, the “top eight teams that earned a spot in the playoffs during ELEAGUE’s first season will automatically qualify for the group stage round in season two.” Those top eight teams are:

Also, ELEAGUE noted that teams who participated in Season One of the league will be invited to compete in the preliminary rounds for a bid at the group stage. The teams who have made it back into ELEAGUE Season Two are:

What do you think of the format for Season 2? Let us know in the comments below, or on our Twitter – @GAMURScom and follow us to stay up to date on all of your esports needs.