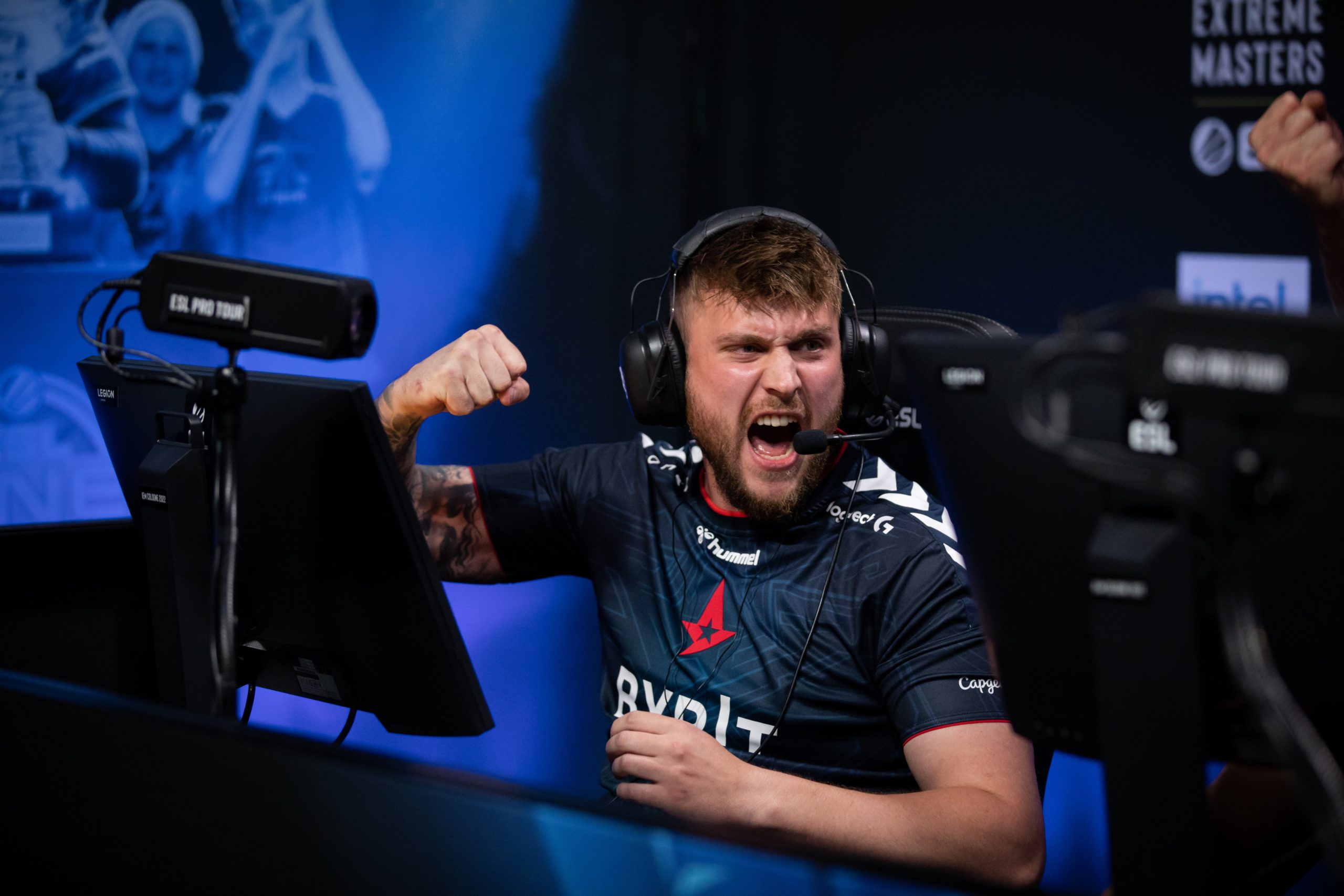 It took three maps to separate the two sides of Astralis and MOUZ today at IEM Cologne, but Astralis’ experience showed in the end. They relied on strong showings on the T side to win this CS:GO series 2-1 and earn a spot in the semifinals.

Despite many memorable clutches, MOUZ fell short on the defense time and time again and couldn’t quite get past the finish line, capping their impressive Cologne campaign with a strong showing in front of the crowd but running out of road nevertheless on Ancient.

MOUZ and Astralis had very different pathways to the quarterfinals in the LANXESS Arena. In Group B, gla1ve and crew scored two clean 2-0 victories against strong opposition (FURIA and Cloud9) before losing to FaZe Clan in the upper bracket decider.

Meanwhile, MOUZ lost to the other tournament favorites, NAVI, in the opening matchup before going on an impressive romp in the lower bracket by defeating Heroic 2-0 and pulling off back-to-back comebacks against Vitality and NIP to earn their spot.

Dust II and Vertigo were the first maps to go in the veto process. MOUZ picked Mirage and Astralis went with Nuke. And with the bans of Overpass and Inferno, Ancient was left over as the potential map three affair.

MOUZ maul Astralis on Mirage thanks to JDC’s heroics

In retrospect, the pistol round win and the subsequent conversion was as good as it got for Astralis on map one. Even after taking down the Galil buy in round two, they let things slip against the Desert Eagles in the third, giving the international squad a way back into the battle—one they never let go.

MOUZ raced out to a 6-3 lead as JDC turned things around after starting with a 2/7 scoreline, more than making up his slow start with individual heroics that helped maintain MOUZ’s lead deep into the half, eventually closing it out 10-5.

They mostly kept it clean on the CT side as well, winning the pistol round and the first four out of five. Though the Danes mounted the smallest of comebacks by stringing two rounds together, MOUZ swiftly closed out Mirage 16-8 to cap an excellent debut map in the LANXESS Arena.

Starting as the CTs and winning the first two rounds, you would be forgiven for thinking that MOUZ were fully in the driver’s seat in the series. But Astralis quickly showed why they picked this map, putting up an incredible display on the T side of Nuke courtesy of strong individual showings by Farlig and blameF, winning seven rounds in a row to completely turn things around and maintaining their lead after a set of spotty rounds to take a significant lead into the second half.

The nine rounds picked up on the T side proved to be more than enough for Astralis to earn the eventual map win since MOUZ failed to show up in the second half as well. It was a fairly tepid display of attacking efforts from the international side apart from a notable clutch win by torzsi that could have potentially marked the beginning of a turnaround. It wasn’t to be, though. It only sparked three round wins in a row, courtesy of conservative economic play by Astralis, who then went on to win four on the trot to set up the decider on Ancient with their 16-9 victory on Nuke.

After flying so high on map one, JDC swiftly fell back to Earth on map two, ending the map with a score of 4/17. It would nevertheless be unfair to blame MOUZ’s loss on his individual efforts: Just like before in the tournament, Astralis put up an unexpectedly impressive performance on the offensive side, scoring enough rounds to ensure that the map win was never really in doubt once the second half rolled around.

Astralis squeak by in a close-fought Ancient affair

Farlig managed to carry his form into the first pistol round on Ancient, scoring a triple kill once again on the CT-side pistol round to get Astralis on the board from the get-go. With no bomb plant, it was slim pickings for MOUZ, who still managed to win the follow-up with just a single Galil purchased. It was blameF who kept the Danes close throughout the force-buy wars but still couldn’t stop dexter and crew from winning the first half on the T side of Ancient.

That was an impressive feat but not quite as much as it was on the previous patch, and so it was proven by Astralis, who quickly closed up the score before losing a key round to dexter’s incredible clutch, only for gla1ve to return the favor in round 22, matching his fellow IGL blow for blow. This was the beginning of the end, though, since the Danes broke through the economic barrier, exploiting Bymas’ poor performances over and over again on the B site to close out the match 16-12 and set up a date with NAVI in the semifinals.