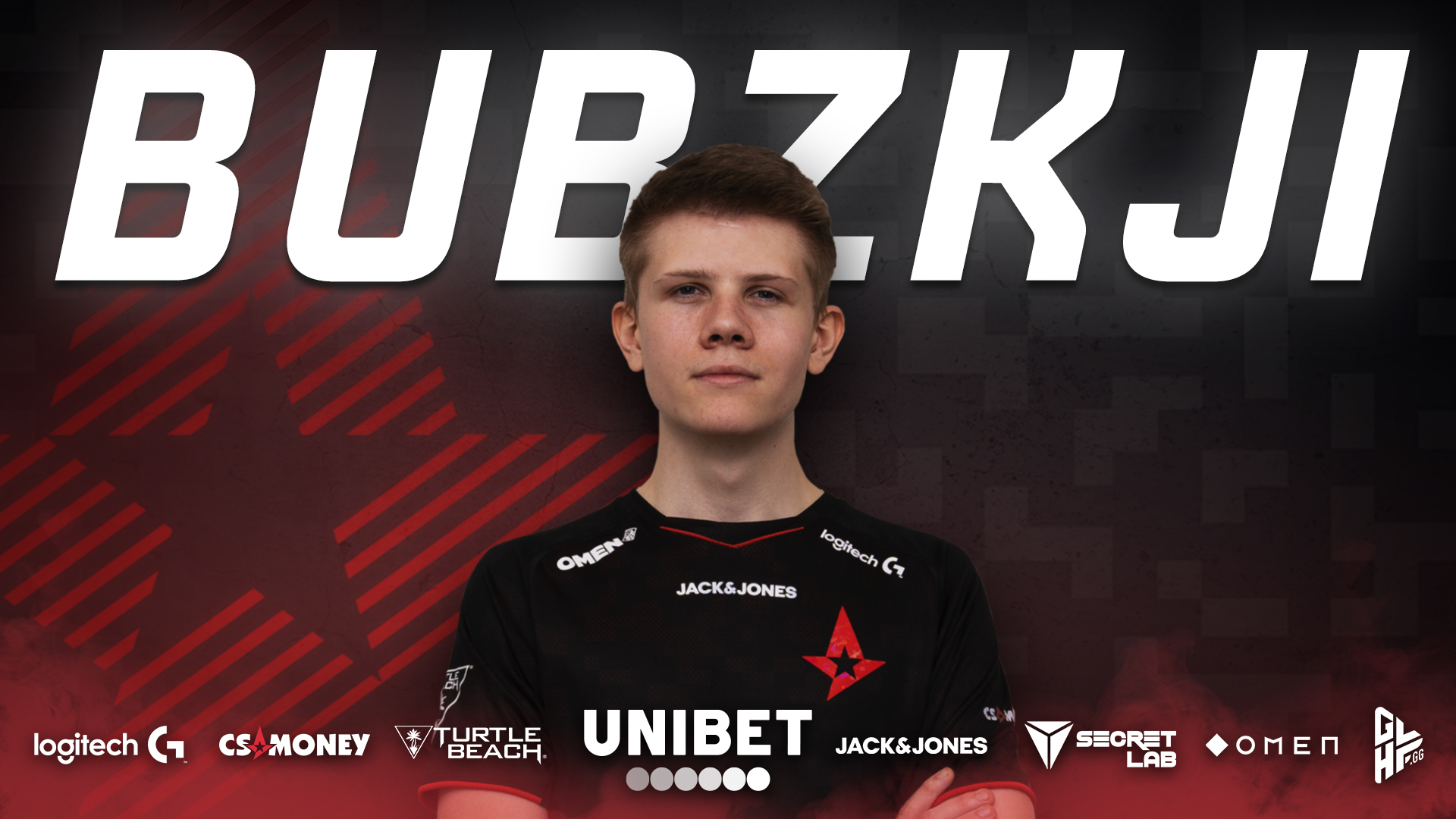 Bubzkji was reportedly benched by MAD Lions in June, but it was only reported yesterday that he was set to join Astralis. The Danish powerhouse signed him for an undisclosed fee and considerably strengthened its roster since Bubzkji was one of the best players on MAD Lions. The 22-year-old has a 1.13 average rating in 2020, according to HLTV stats.

“When I heard about Astralis’ interest, I already made up my mind,” Bubzkji said in a statement. The young talent had other options but was convinced to join Astralis after he talked with Danny “zonic” Sørensen, the team’s head coach, and Kasper Hvidt, Astralis’ director of sports, about his role within the team.

For Hvidt, Bubzkji fits Astralis’ needs better than JUGi, who was playing a different role since device continued playing with the AWP. The organization was looking for a skilled and hungry player and thinks Bubzkji fulfills all these criteria. “I have no doubt Lucas [Bubzkji] will be able to contribute from day one,” Hvidt said.

With these changes, Astralis will most likely start the new season with device, dupreeh, Magisk, Patrick “es3tag” Hansen, and Bubzkji. Gla1ve and Xyp9x have been out on medical leave since May since they were experiencing symptoms related to burnout.

JUGi had been playing for Astralis since May, right after gla1ve stepped down. The 23-year-old said he’s disappointed but understands that it’s best for him to move on since he was filling a different role. “The stay here has only confirmed to me, this is what I want to do and I look forward to playing for another team,” JUGi said.

As for MAD Lions, the second-best Danish team in 2020 was reportedly trying to sign Lekr0 from Ninjas in Pyjamas but the deal apparently fell through this week—Lekr0 reportedly rejected their offer. He was supposed to replace Bubzkji, but MAD Lions still has to sign a fifth player for the upcoming season.

MAD Lions will have to hurry to find a replacement since the team is confirmed to play at DreamHack Open Summer Europe on Aug. 8. Astralis, on the other hand, will start an off-site boot camp next week to prepare for ESL One Cologne Europe, their first tournament in this new season, which will kick off on Aug. 18.