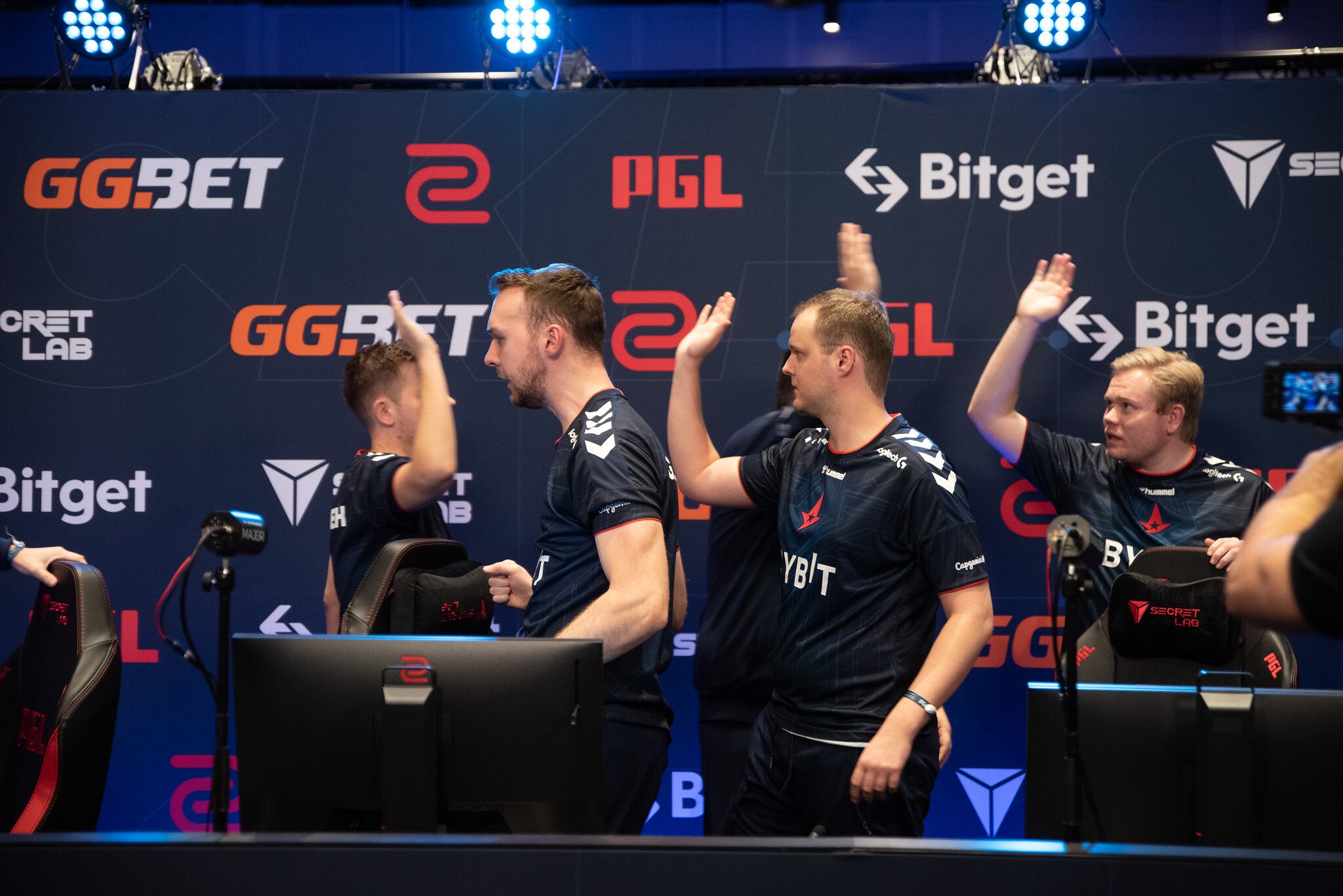 Astralis have reached the Legends Stage of the PGL Stockholm Major after a 2-0 victory over Team Spirit today, bouncing back from a disastrous first day of the Challengers Stage with three straight series wins on the brink of elimination.

Spirit claimed the T-side pistol on Dust II to take a brief lead, but couldn’t break through Astralis’ CT side once the rifles came out. The Russian CS:GO squad struggled to acquire or capitalize on opening picks against the superior Astralis setups and the reigning champs consistently won the trade wars late in pivotal rounds. Astralis took a 10-5 lead into halftime and their T-side.

Spirit claimed a second pistol round, but both teams traded force buy round wins to start off a hectic second half. But two of those force rounds went in Astralis’ favor compared to Spirit’s one and the traded rounds meant that Spirit were unable to stabilize their economy. Astralis capitalized on the opening picks that Spirit were unable to and rode the momentum of a terrific individual performance from gla1ve, taking away their opponent’s pick of Dust II, 16-8.

On Inferno, Spirit claimed yet another pistol round to begin their CT side but unexpectedly lost the third round to an Astralis force buy despite a heavy A stack. Astralis’ patient play and map control in the first few full buy rounds allowed the Danes to build their lead, winning nine rounds in a row before Spirit finally won just their third. Spirit found some CT success in the last three rounds of the half, only trailing 10-5 going into halftime.

Spirit continued their pistol dominance with a fourth win of the series, reducing the Astralis lead to just two before the first gun round. In that round, Spirit executed successfully onto the B site, forcing the surviving Astralis players to flee and save their rifles. Despite those riles, an improbable one-vs-three from degster tied the map at 10-10 and forced an Astralis eco. But Astralis somehow won that round thanks to a single M4 and some crisp Deagle shots. Spirit could only muster a couple more rounds following that and Astralis claimed the map 16-12 and the series 2-0.

Over the past three series, the Astralis that won three straight Majors finally appeared after a lackluster showing on day one with two 16-6 losses to both Copenhagen Flames and Entropiq, falling to 0-2. With their backs against the wall and their reign in jeopardy, they came roaring back to life with three straight 2-0 victories against GODSENT, paiN, and now Team Spirit. They won five of those six maps rather comfortably and the sixth was a miraculous comeback on Ancient against paiN where they came back from a 15-8 deficit to win in overtime.

The reigning Major champions have no time to rest, though, since there are no days off for them before the start of the PGL Stockholm Major Legends Stage.