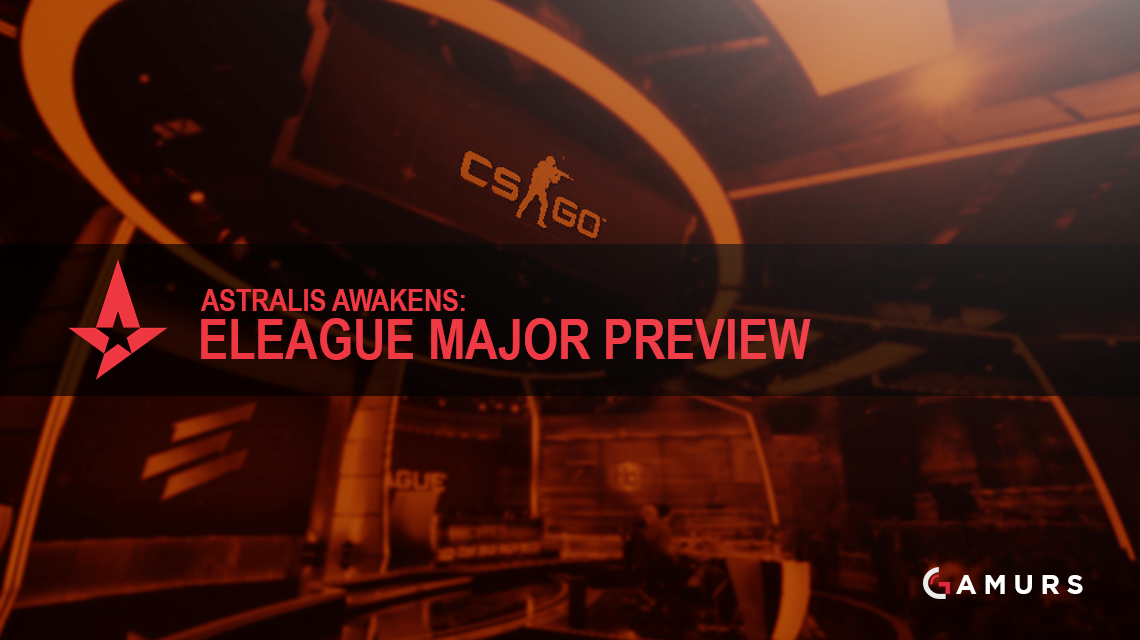 With their string of top-four finishes to close out the year, including a flawless run at ECS Season 2 Finals, Astralis established themselves as an elite team once again. For many, because of SK Gaming’s roster changes and their recent wins against OpTic Gaming, Astralis is the best team in the world coming into the ELEAGUE Major. But how does this Astralis lineup dominate now, when only two months ago, many were calling them dead in the water? What has changed for the lineup that ran second string to their Danish counterparts in Dignitas after a roster-swap many thought would be to their benefit? Combining a strong tactical base and newfound confidence in tactician Lukas “gla1ve” Rossander and a cohesive team identity built around the skills of longtime superstar Nicolai “dev1ce” Reedtz, Astralis is poised to take home their long-deserved first major.

The Astralis lineup, similar to the Natus Vincere one I outlined, has a strong combination of star and role players. Further, whereas Na`Vi is built around the talents of Oleksander “s1mple” Kostyliev, Astralis, even since earlier iterations of the lineup and sponsors, play around the skills of dev1ce. Currently the team’s main AWPer, dev1ce is an extremely proficient all-rounder, and much like other elite players of his caliber, is more than capable with rifles and pistols as well.

Although he’s not always the most explosive player in terms of flashy plays, dev1ce’s stability and smoothness on both T and CT sides have kept his team at least somewhat relevant, even during their deepest slumps. With gla1ve now calling after replacing Finn “karrigan” Andersen, dev1ce looks to be one of the top players at the event. However, as the ebb and flow of Astralis’ victories and failures have shown, dev1ce can disappear in the pressure moments of high stakes games. If dev1ce and company want a real shot at winning the major, “Danish choking” needs to stay an overused meme.

Although dev1ce has had his issues in clutch games and situations (certainly not to the ridiculous degree that many imply he does), he is consistently dominant against lesser teams and in earlier matches of a tournament. Instead, Astralis’ failings earlier this fall came from a dip in play by Reedtz’s co-stars in Peter “dupreeh” Rothmann and Markus “Kjaerbye” Kjaebye. Both have performed admirably as of late, dupreeh showing his long-proven entry skills and Kjaerbye showing his ability to function well in gla1ve’s system. Even though both have played well in Astralis’ recent events, they will need to continue to assist dev1ce down the stretch, not leaving their star out to dry in the big matches.

Joining the three stars is one of the best support staffs in Counter-Strike right now in gla1ve and Andreas “Xyp9x” Højsleth. Xyp9x, widely heralded as the epitome of the “support rifler,” has long been the backbone of this Danish core. The quality that makes Xyp9x an invaluable asset to Astralis is his consistency; he will do his part in supporting his stars from map-to-map and is unlikely to be the main reason for the team’s failures, given both the nature of his role and his proficiency at it.

As for gla1ve, clearly something about his joining brought the necessary energy and confidence to bring the Astralis lineup out of their slump and into the major contending position they are in now. Specifically, something about gla1ve has awakened a newfound fire in Kjaerbye, a player many believe to be one of the next great up-and-coming talents. Whatever gla1ve changed, his presence has been more than essential to the new Astralis.

Furthermore, Astralis presents one of the most nuanced map pools in CS:GO right now. They are a world class team on Overpass (arguably the best in the world right now), quite good on Dust II and Cache, and were one of the few teams to actually challenge SK on Train (even when the Brazilians still had “fnx”). Though Astralis tends to veto Cobblestone and have lost a few close games on it recently, these losses came at the hands of OpTic and Ninjas in Pyjamas, both exceptional teams on the map.

Moreover, Astralis are careful in the map-veto stage, not just picking their own strong maps but catering their vetoes to their opponent as well, a luxury of having such a large map pool. This has been instrumental in Astralis’ consistency against lesser teams and will be a key factor in their major run; there’s seemingly always a map that Astralis plays that their opponent does not. With SK down a player and Virtus.pro looking particularly weak at WESG this weekend, hopefully dev1ce and his Danes can keep their emotions in check and bring home the gold they rightfully deserve.

How do you think Astralis will do at the major? Let us know @GAMURScom or in the comments.