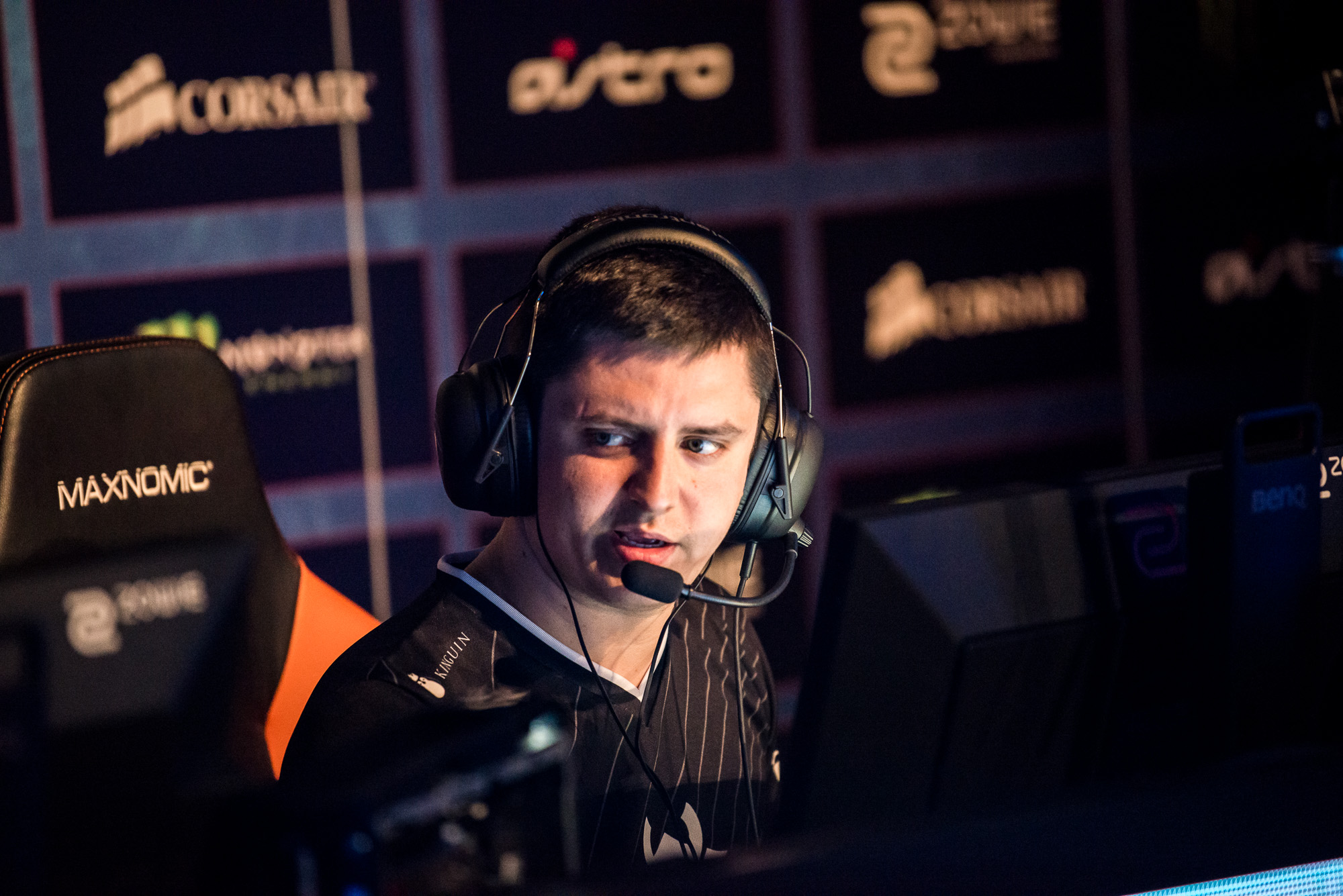 G2 Esports’ Counter-Strike: Global Offensive team is fresh off a win in the ESL Pro League Season 5 Finals, and Dan “apEX” Madesclaire feels great about the team’s development since it was formed in February.

The team’s roster is finally in full bloom, especially with a flourishing Kenny “kennyS” Schrub, whose AWPing has reached new heights—better than his pre-AWP nerf self. apEX believes that enabling Kenny is one of the biggest keys to success for G2.

ApEX discussed the team’s journey to the top in an interview with Dot Esports a day before the team’s first ECS match against SK Gaming, which kicks off tomorrow at 8.30am ET.

With your EPL victory in mind, how confident is the team going into ECS?

We’ve had two weeks of preparation for this event to clarify things in our playstyle. So we’ve come here pretty confident after that victory. Our training just focused on our mistakes from EPL and becoming better from that. I feel like we were really prepared and confident for that event.

You guys played with a hyper-aggressive playstyle at that event. How are you adjusting that style to fit different default setups from teams?

Yeah, we have aggressive players on our team, but I feel like our game is not based on only aggressive styles. I feel like we are also really good while passive, and we’ve worked a lot on it because it feels like it was needed. But I feel that being highly aggressive was a big surprise for our opponents. Getting picked with an [AWP], rifle, etc. [like that] is really hard to counter. We’re continuing [to play] like that and we have new aggressive things prepared.

To what degree/extent does the team play around kennyS on certain maps like Overpass or Cache? Is “alive kenny” more of a factor in strategies than “dead kenny?”

We don’t have specific [strategies relying] on Kenny. But yeah, he is a star player and one of the best players in the world. He is like, a killer, you know? He’s just killing everyone. It’s pretty important to put him in a good position. Our game is not based on him, but he has a star position where he has to kill everyone. He is the best player on our team. I played with him in EnVyUs and it was totally different because [Vincent “Happy” Schopenhauer] didn’t use him the way [Richard “shox” Papillon] uses him.

What effect does the “bodyy” wallbang nerf have on your Cache playstyle on T side?

First of all, the wallbang is nerfed, but there are like three other new wallbangs, so it doesn’t affect us as much. One time during a match [Alexandre “bodyy” Pianaro] said, “Yeah my friend showed me a good wallbang, so I’m going to try it.” He tried it two times in a row against Astralis in EPL [Regular Season], and he killed two guys in two rounds. It’s just an extra thing that’s not in our [normal] playstyle. When he wants to do it, he does it at the beginning of the round. If he makes it, we are five-on-four, but we don’t care about that–it doesn’t change our playstyle at all. It’s just extra. That’s it.

What do you have to say to people who initially doubted G2 as the “French Super-Team?”

I feel like I have nothing to prove to people right now. I feel like everyone on our team deserves their spot on this team because it’s not about being the best player or being the top player of the team. I feel like, in all of our roles, we have the best players. Bodyy and [Nathan “NBK” Schmitt] are probably in the five best support [players] in the world. They are amazing at their position, they are really classic players, and they are good at many things. We have nothing to say to those people. We just have to prove it.