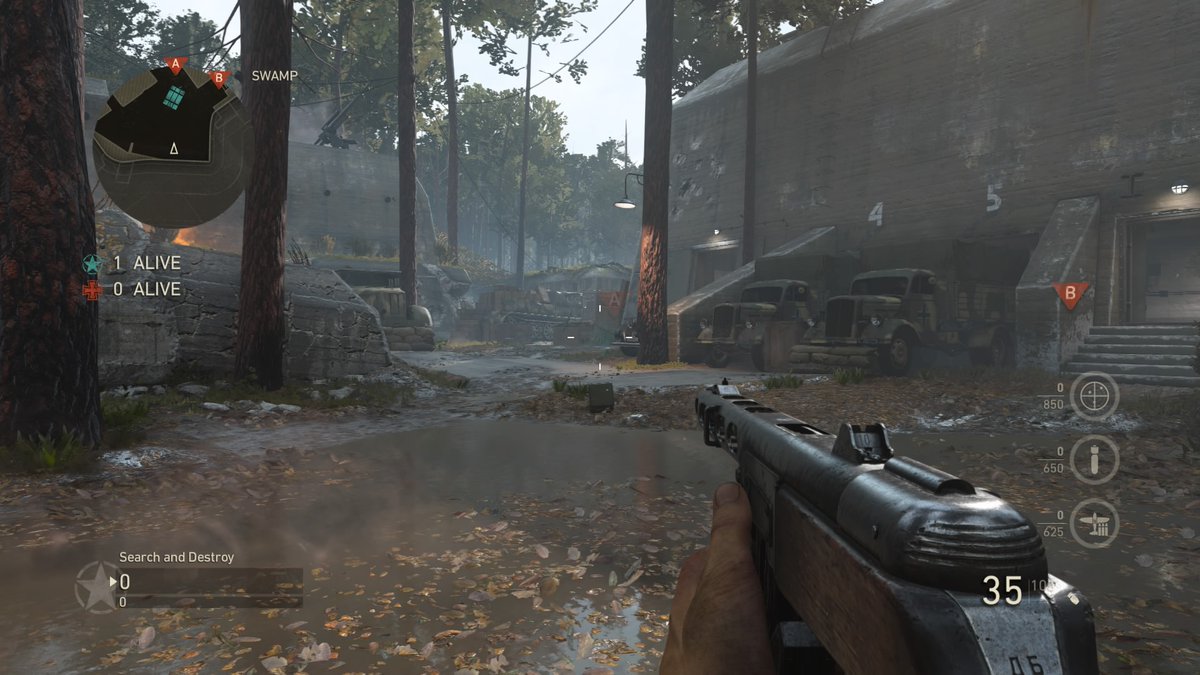 Last week, Valkyrie was officially added to the Call of Duty World League Pro League ruleset. Two game modes are set to be featured on this map, but only one was seen in Valkyrie’s inaugural week in the CWL.

Valkyrie Hardpoint was played six times in week five of the CWL Pro League. Valkyrie Search and Destroy, on the other hand, wasn’t selected once during the veto process.

It’s possible that professional teams found it easier to practice and prepare for Hardpoint on this DLC map compared to Search and Destroy. At the same time, some teams simply might not have been comfortable risking their pro league record on a new map and mode.

On its surface, Valkyrie is a small map, which leads to many quick gunfights and close-quarters engagements. And aside from maybe Flak Tower Capture the Flag, most of the competitive maps in Call of Duty: WWII don’t cater to four submachine gun team compositions.

This type of fast-paced gameplay might take some getting used to, which could be why teams are shying away from the map. Additionally, some teams have strong assault rifle players, and it could handicap them to be on a map where they’re either forced to use an SMG or get melted up close.

Related: Valkyrie Hardpoint made its CWL debut—and it was as action-packed as fans expected

But with the CWL Atlanta Open just two weeks away, many teams might take the opportunity to practice this map and mode combination before the next major LAN event. Rise Nation are the first team that might take a chance on Valkyrie Search and Destroy—they played Valkyrie Hardpoint three times last week and went 3-0. Rise also have already qualified for the Stage One Playoffs, so it wouldn’t be the end of the world if they chose to play this map and lost.

OpTic Gaming have also secured their spot in the Stage One Playoffs, so we wouldn’t be surprised to see this team try to get some practice on Valkyrie Search and Destroy.

Team Vitality, on the other hand, have the most to gain from testing out this map and mode combination. They’re currently in last place in Division A at 1-9, so picking Valkyrie Search and Destroy could help them pull off some upsets.

We think some teams will be bold enough to try out Valkyrie Search and Destroy this week in the CWL Pro League. Right now, the questions remain: Who and when?