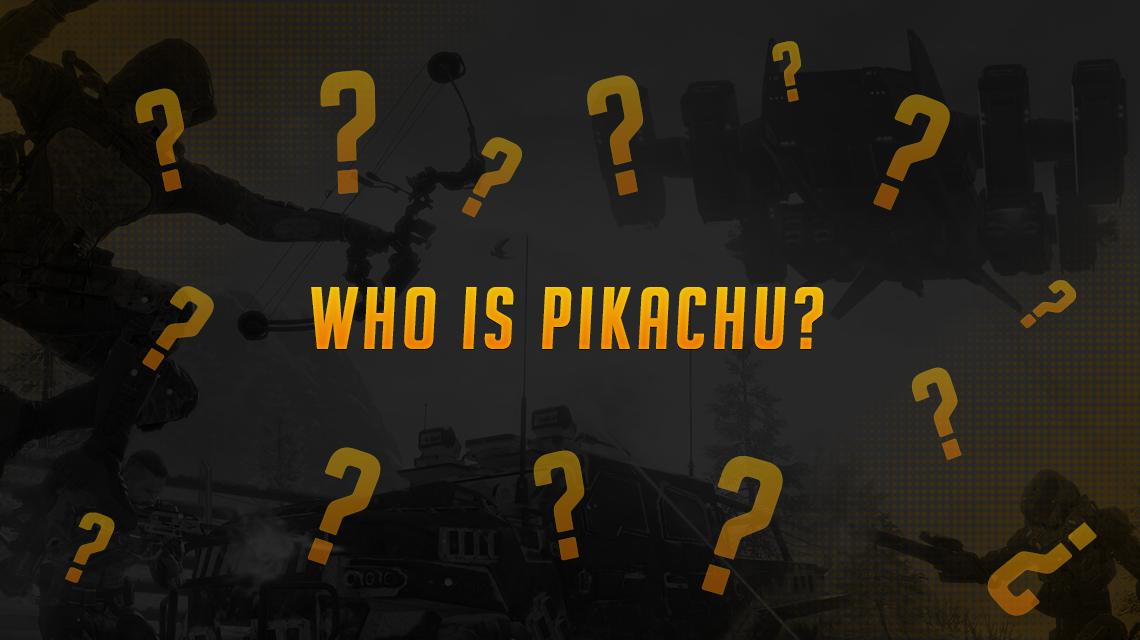 If you were not a die-hard fan of Call of Duty during Call of Duty®: Black Ops, the name Emmanuel “Pikachu” Correia might not hold much meaning. However, the fans who have been around for a long time definitely recognize this name and can appreciate what Pikachu accomplished in his brief Call of Duty career.

Pikachu was quite successful in Black Ops, having three top-four finishes out of the six official events on the Major League Gaming Pro Circuit, including two trips to the Grand Finals. Although Pikachu was unable to win a championship in this game, he was a top-tier player for the entire Black Ops season.

Unfortunately, this was pretty much the last time that anyone in the Call of Duty community heard about Pikachu as he just seemed to disappear completely from the scene until recently when it was announced that he would be joining Vanquish Gaming for the Call of Duty®: Black Ops III season.

So, after announcing his return to Call of Duty, most of the community finds themselves asking this one very simple question: Who is Pikachu?

Like most other professional gamers, Pikachu started gaming at a young age but eventually found his way to the Xbox 360, which is where his Call of Duty career would begin.

“It all started with the original Pokémon Yellow on the original Game Boy Color,” Pikachu said. “Other than that, I didn’t really get into video games outside of like Madden until I got my 360 around the same time Call of Duty 4 came out. From there, I was hooked; I met some friends in a public match, found out about Gamebattles and now I’m here.”

Pikachu was finally able to showcase his Call of Duty skill when MLG added Black Ops to the Pro Circuit in 2011. In just the second event of the season, MLG Columbus 2011, Pikachu experienced his favorite moment in his professional career when his team had somewhat of a Cinderella story en route to an appearance in the grand finals.

“I would definitely have to say placing second at MLG Columbus for Black Ops 1 in 2011 and more specifically upsetting, at the time, the best team in the game in Leverage,” Pikachu said. “There is nothing more satisfying than being doubted and counted out before a match even starts and then coming out and proving that you belong in the same sentence as the best players in the game.”

After Columbus, Pikachu continued to succeed, placing second once again at MLG Raleigh 2011, where he ended up losing to his current-teammate ASSASS1N, and then ending the year with a fourth place finish at the 2011 MLG National Championship in Providence, RI. However, despite these other quality finishes, Pikachu remains adamant in saying that Columbus is still his favorite moment from his professional career thus far.

“The whole season was an amazing experience, placing second again in Raleigh and fourth at Nationals in Providence, but MLG Columbus definitely takes that number one spot,” Pikachu said.

Although Pikachu had some amazing experiences during Black Ops, he had a tough decision ahead of him. As a senior in high school, Pikachu was preparing to further his education at college, and similar to what ASSASS1N chose to do, Pikachu decided that going to college was more important than his career in gaming.

“During the final couple months of Black Ops 1, I was always busy with either school, soccer, basketball, or hanging out with friends and it started to cut into how long I could play each night or whether I would even play at all,” Pikachu said. “It was my senior year of high school and I wanted to enjoy it with my friends and prepare for college and where I would be attending, which happened to be Liberty University. GO FLAMES!”

Pikachu also saw the writing on the wall in terms of the future of competitive Call of Duty. At the time, MLG was on the fence about adding Call of Duty®: Modern Warfare 3 to the Pro Circuit, so this was something else that Pikachu had to consider when making such a big decision.

“During those final couple of months, I wasn’t sure if I wanted to continue playing competitively,” Pikachu said. “Then, with the release of MW3 and MLG not picking up the game for events, it made my decision that much easier.”

As Pikachu now nears the end of his collegiate career, he found that he truly did miss Call of Duty and wanted to find his way back to competing.

“I just missed the game,” Pikachu said. “I missed the events, the grind, the fun that I had playing, and competing against the best players in the world.”

Pikachu said that he did play Call of Duty®: Advanced Warfare in hopes of making a comeback, but he had other obligations that prevented his return last year.

“I actually played Advanced Warfare for about a month, but I just had so much other stuff going on with work and school, and then I found myself coaching high school basketball,” Pikachu said. “I decided it just wasn’t my time to come back. With the release of Black Ops III, I thought I would give it one last shot and here I am now.”

As someone who has been removed from the competitive Call of Duty scene for roughly five years, Pikachu was immediately able to point out some of the biggest changes as Call of Duty is a lot different from when Pikachu was competing during Black Ops.

“The scene is completely different from back then,” Pikachu said. “The growth of the community and fan base has been incredible. I remember back then if you had like 5-10k followers it was good but now everyone has over 100k. There are also a lot more sponsorships and organizations involved in the Call of Duty scene then there were back then.”

Pikachu can even tell the difference in the actual game itself. While the basics behind Call of Duty generally remain the same, he noted that there have been several changes to the gameplay between Black Ops and Black Ops III.

“The game itself has changed drastically too,” Pikachu said. “It isn’t just simple Call of Duty anymore, from Scuf controllers to the pick 10 system and scorestreaks being allowed in competitive.”

Regardless of the in-game changes over the past few years, Pikachu is excited about what the future holds and hopes that his past success from Black Ops can translate over to Black Ops III. Now that he is officially back, Pikachu is a man on a mission as he looks to reclaim his status as a professional gamer that he held five years ago.

“I’m ready to prove that I belong in the same tier as the top players like I was in Black Ops 1 if I just put in the time,” Pikachu said. “I’m ready to re-make a name for myself to the new players and fans that have joined the community over the past few years.”

In terms of his goals for his team this year, Pikachu has very high expectations as he hopes to help Vanquish Gaming become one of the best teams in Black Ops III.

“I expect us to compete at a top level and hopefully finish this game as a top team,” Pikachu said. “We just have to take it one day at a time and continue to get better, but we will get there.”

Vanquish has a tough road ahead of them, but they definitely have the veteran experience necessary to lead this team. Pikachu was always on underdog-teams in the past, so this is nothing new to him.

However, there are probably doubters out there that will wonder whether Pikachu can succeed after being away from the game for so long. In the original Black Ops, the three competitive game modes were Search and Destroy, Domination and Capture the Flag. Hardpoint and Uplink did not even exist when Pikachu last played competitively. Nevertheless, part of being a professional is the ability to learn and adapt.

On the other hand, even when a player decides to retire or take a break from competing, they never lose some of the innate gaming qualities, such as gun skill and in-game smarts. So although Pikachu has some catching up to do, he still has natural gaming talent that can help him and the rest of Vanquish Gaming succeed throughout the upcoming season of Black Ops III.

Do you think that Pikachu can help Vanquish Gaming qualify for the Call of Duty World League this year in Call of Duty®: Black Ops III? Let us know by commenting below or tweeting us @eSportsNation.