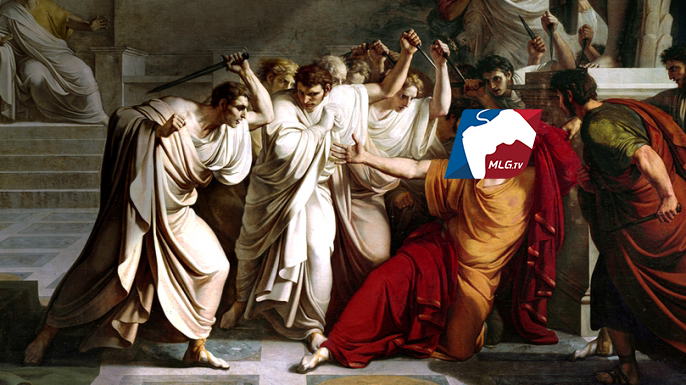 In 2013-2014, Major League Gaming (MLG) made several bold moves to strengthen their position as the premier eSports organizer in North America. At the time, MLG was the home of Call of Duty eSports, coming off an extremely successful year on Black Ops 2 and big plans for Ghosts.

In late 2013, MLG decided to launch their own streaming platform. The decision came after various degrees of success with other broadcasting and streaming methods, including partnerships with ESPN and Twitch.

MLG.tv was born to rival Twitch, but with more focus on competitive gaming. To celebrate the launch, MLG brought on Optic Gaming, one of their first partners, for a 24/7 marathon stream. The players on the pro team at the time (Nadeshot, Scumpi, Big Tymer, and Jkap) streamed pubs on Call of Duty Ghosts for a multitude of fans. H3cz, owner of Optic, announced plans for the marathon stream in the following video. Always looking toward the future, H3cz stated that he saw huge potential for Call of Duty eSports and that MLG was on the right track. (Thank you to @RondezFox and @FavoriteCereal for this piece of CoD history.)

Soon, other pro players signed contracts with MLG.tv, making it the new home for Call of Duty eSports. MLG pursued and landed other big personalities, including PewDiePie, the most popular gaming YouTuber in the world. Streamers reported larger ad revenues than they ever received from Twitch, and all seemed right in the world, but there was a downside.

While ad revenues were great, streamers were unable to garner the same kind of attention that Twitch provided. Many of the big personalities that made the switch immediately went back once their contracts with MLG expired. Call of Duty pros, however, were stuck with MLG due to special clauses in their contracts: they had to stream MLG Pro League matches and weekend 2ks, 5ks, and 10ks exclusively on MLG.tv. It did not take long for fans and players alike to begin complaining about the predicament.

When Major League Gaming launched MLG.tv, they had all the right intentions. They were creating a community to foster competitive Call of Duty, the game they had worked so hard to legitimize. Unfortunately, the reality was that MLG.tv was too exclusive and prevented growth as a result. Exclusivity may be great for hip night clubs, but in the world of gaming, it is killer.

Call of Duty’s golden boy, Matt “Nadeshot” Hagg, expressed his distaste in a video titled My Biggest Regret. He stated, “I just feel very responsible for the decline in viewership in competitive Call of Duty. When I left Twitch, I was really at the forefront of competitive Call of Duty. The viewership was thriving, other eSports and the players and the casters and the analysts were giving our game more respect than we had in previous times. And then, in one day, flip of the switch, I go and stream on another website—and basically it caused all the other pro players to go and sign on and stream on MLG.tv. And it basically alienated competitive Call of Duty away from all the other eSports when we were trying to climb out of that hole in the first place.”

Despite all of this, competitive Call of Duty continued to thrive. Players were given a legitimate chance to make gaming a career with more tournaments, larger prize pools, and mainstream exposure at events such as the X Games. Even so, fans were not impressed and sided with Nadeshot when he said that MLG.tv stifled the growth of CoD eSports.

The situation drastically changed when Activision announced the Call of Duty World League.

Activision essentially stole Call of Duty away from MLG, who could not compete with the game publisher’s deep pockets and exclusive contracts. Pros soon began wandering back to Twitch, eager to build their streaming career once more on the world’s most popular video game streaming platform. Meanwhile, MLG.tv has slowly been deteriorating, now only home to a few well-known pros. Even after Activision-Blizzard bought a majority of their assets, MLG has little involvement in Call of Duty eSports on Black Ops 3.

I just want to take a second to thank all of you who are a part of this community for supporting me through thick and thin over the course of these last few years. I know everything I do might not always make sense to some of you, but I appreciate that you’re still willing to show me love day in and day out. I’m incredibly excited to start streaming once again on Twitch and hope I can bring some excitement back to competitive Call of Duty through my streams. I’ve been waiting a long time for this day and it brings me great joy to be typing this out as we speak. We’ve been through a lot together and I can’t wait to start this new chapter with all of you!

Two thousand and sixty years after the death of Julius Caesar, Nadeshot’s departure bears striking similarities to the assassination of the famous Roman figure, at least when it comes to MLG’s streaming service. Caesar was attacked by a group of Roman senators, including his close friend Brutus. With this realization, he gave up the fight and spoke the phrase, “Et tu, Brute?” in Shakespeare’s famous play. With the loss of their most valuable streamer, maybe now it is time for MLG to accept their fate as well.

The end of https://t.co/T27ei87G3A may be near. What would you do in their situation?