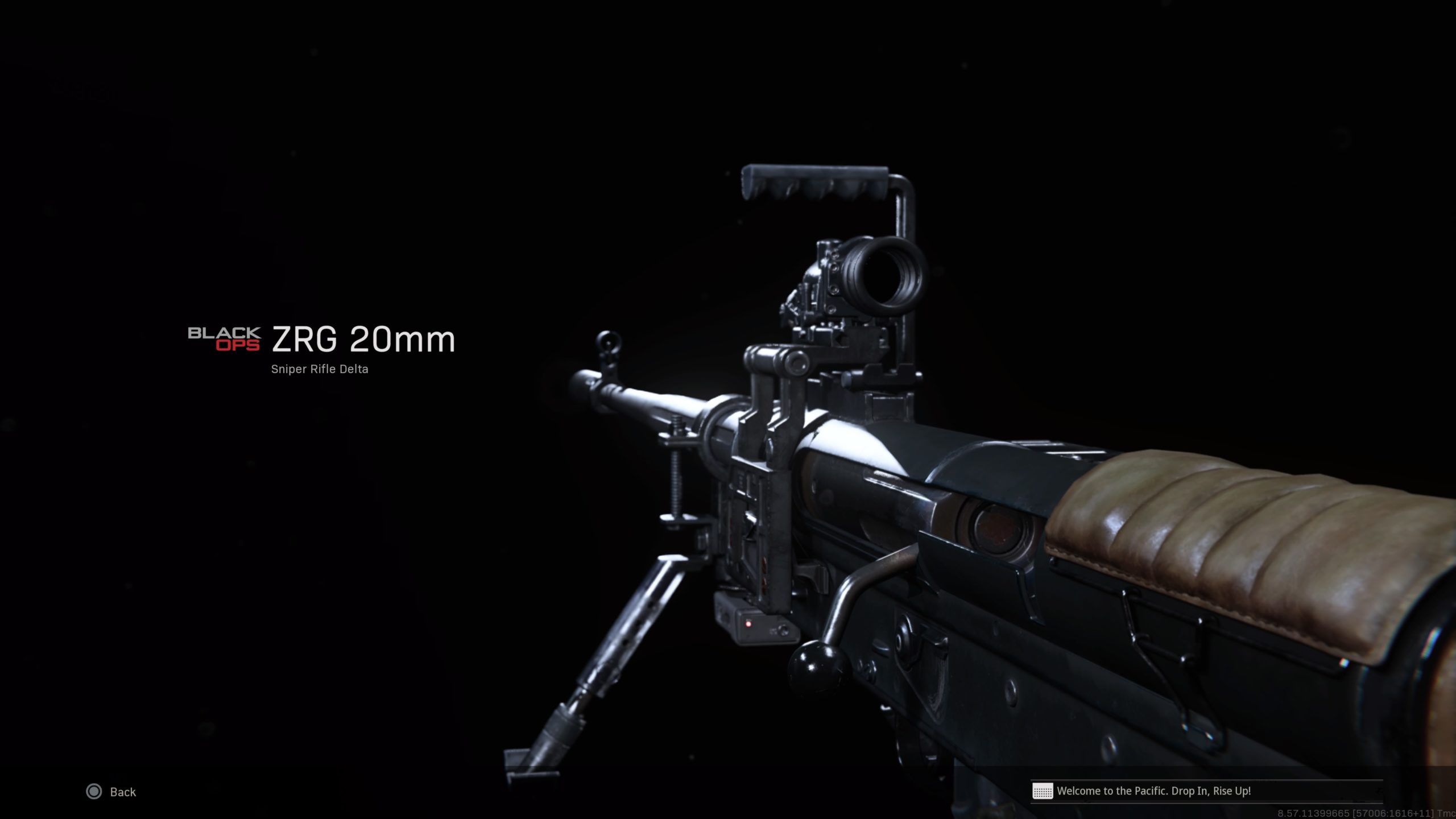 A recent patch has brought a Black Ops Cold War sniper rifle back from the dead in Call of Duty: Warzone.

Warzone’s season three update made some pretty important, sweeping changes to sniper rifles in the battle royale title. Before the change, the ZRG 20mm sniper from Black Ops was not seeing much usage. But thanks to the changes, it’s one of the best guns in the game.

Here’s how to equip the ZRG for success in the battle royale.

Thanks to the recent buffs, the ZRG now has superior bullet velocity and aim down sight speed compared to other snipers like the HDR. This set of attachments will have you picking off enemies with the best of them on Caldera or Rebirth Island.

The ZRG is clunky to begin with, but this loadout will buff its accuracy, range, and control to balance out the sniper’s slowness when compared to other marksman rifles or snipers with higher mobility.