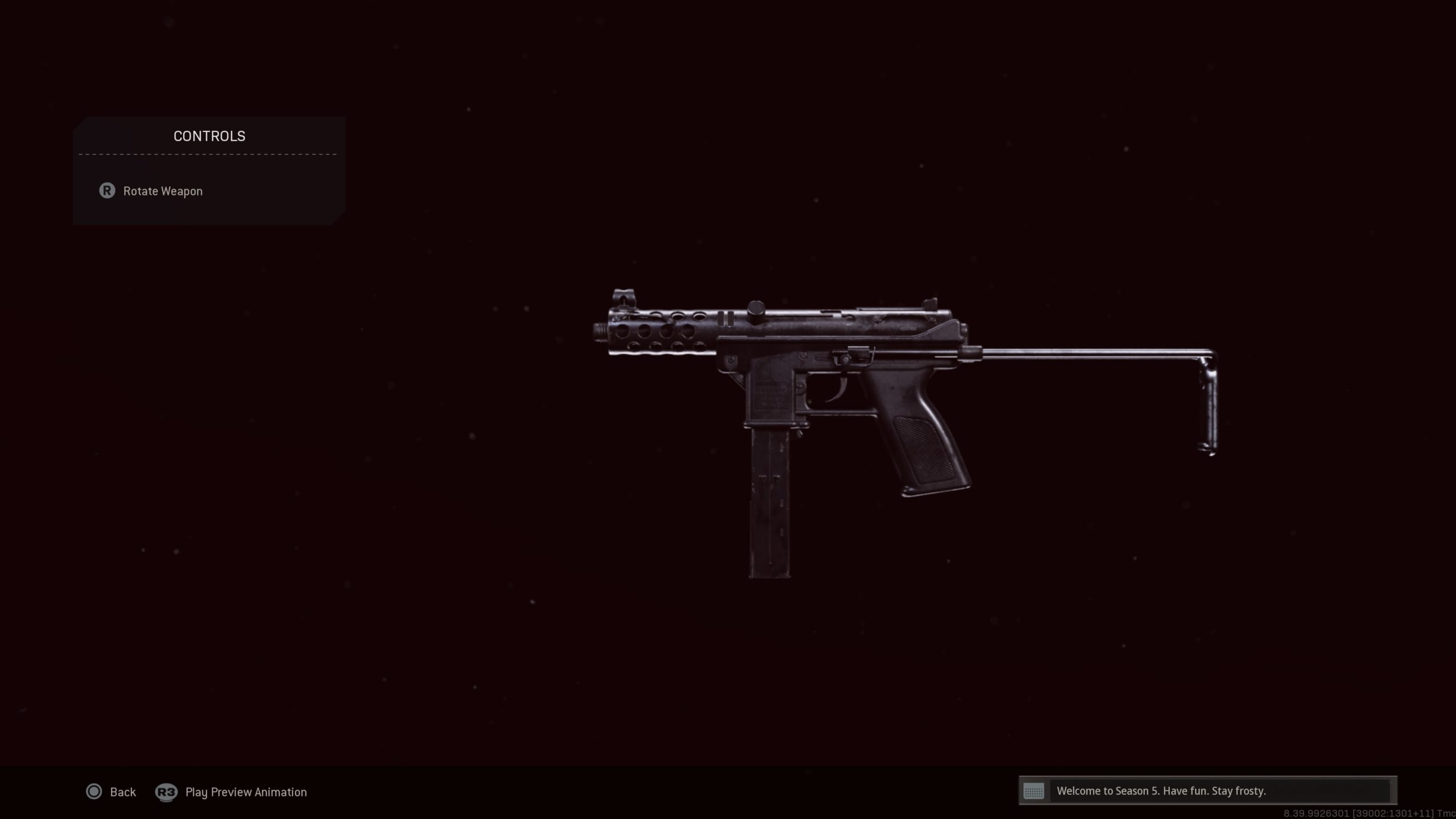 A familiar weapon from many first-person shooters has joined the roster of submachine guns in Call of Duty: Warzone and Black Ops Cold War—the TEC-9.

The TEC-9 is a semi-auto submachine gun with “improved accuracy from longer ranges with low recoil and slower fire rate” and “good damage output with moderate range.” It should enter the meta as a decent option for submachine gun players and those who are looking to run and gun.

The key here is that it’s a semi-auto gun. That means it’s an SMG in name only up until you unlock a specific attachment that turns the gun into a fully automatic weapon. That’s not to say that it’s not a decent option before that, though, and there’s a lot of fun to be had with it.

Here’s the best way to equip the TEC-9 in Warzone.

The best TEC-9 loadout in Warzone

The crucial attachment here is the Full Auto Repeater because it unlocks full-auto fire for the SMG. Before that, you’ll have to grind through over 40 weapon levels with either semi-auto or burst fire before it turns into a true SMG.

The best way to level it is to drop into Plunder or multiplayer matches in Black Ops Cold War with a double weapon XP token. It’s still a solid gun at that point, but the TEC-9 doesn’t reach its full potential until it becomes a bullet hose in your secondary slot.

It’s a pretty inaccurate gun, even for an SMG, so you’ll need to try to rein in its recoil as much as possible. The above attachments also buff its range, fire rate, and mobility.