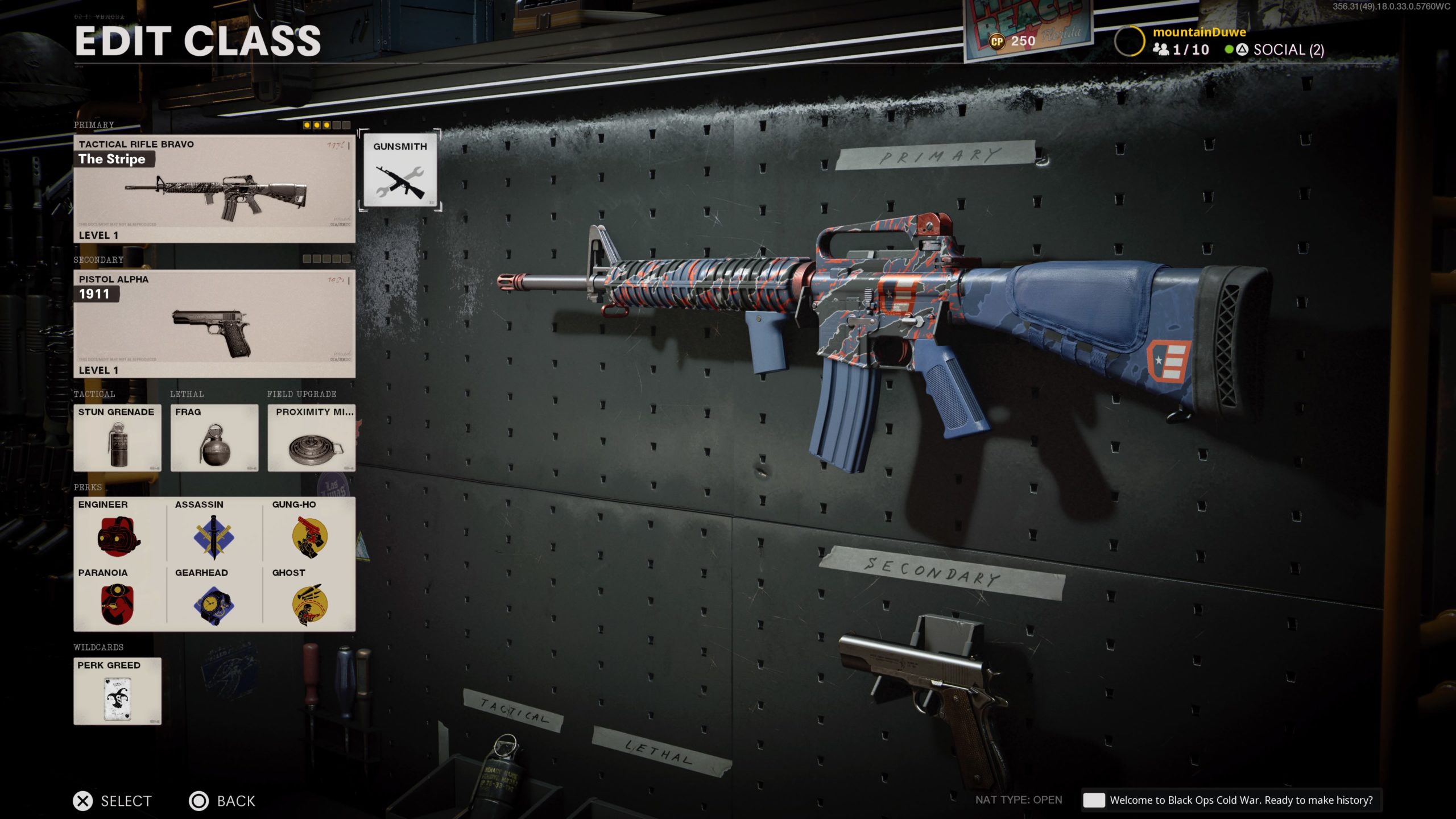 Tactical rifles are something of a hybrid between assault rifles and sniper rifles, offering longer range and burst or semi-auto fire. They excel at mid-to-long ranges and are great for holding down objectives.

In past games, weapons like the M16 or AUG would be classified as assault rifles, but this new title makes them worth looking into when you get tired of assault rifles or running and gunning with SMGs.

The tactical rifles found below can be turned into laser beams that kill enemies in a burst or two—or just a few shots. They’re extremely lethal at range but struggle a bit when contested up close by an SMG.

The Cold War king of burst rifles, the M16 offers a well-balanced attack of solid firepower and accuracy. It performs well at mid-range and excels at longer ranges, making it a beast in larger maps.

The AUG offers slightly stronger firepower than the M16 but lower speed and accuracy. A positive, though, is the built-in scope that doesn’t take up an attachment slot.

This is the superior single-shot semi-auto tactical rifle. This thing is a monster at range and has the ability to pick enemies off in just a few shots. Make sure to equip some attachments to lower the recoil and it turns into a laser beam.