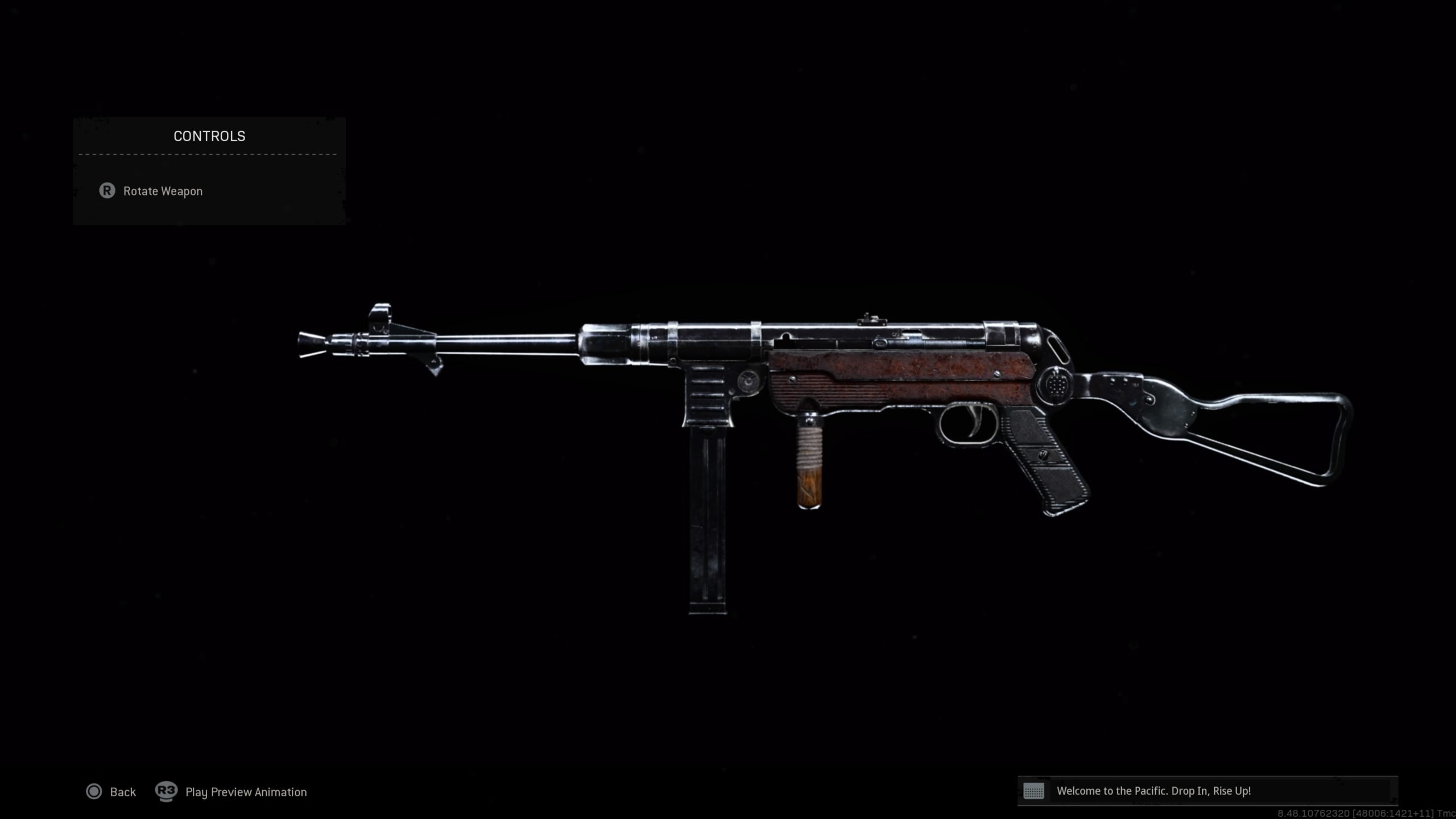 A mainstay of World War II combat, the MP-40 is dominant in Call of Duty: Vanguard and it’s now made its way into Warzone as part of the game’s Pacific update, too.

Just like in Vanguard, the MP-40 is one of the better options for submachine guns in Warzone, especially in the Vanguard Royale playlist for Vanguard-specific weapons and equipment. It’s absolutely worth leveling up to unlock its long list of attachments that turn it into a true monster.

While Warzone’s new map Caldera is currently best suited for long-range guns like the Automaton or STG-44, the MP-40 should find its way into loadouts in Vanguard Royale due to its mobility and strength as a close-quarters combat option.

Here’s the best set of attachments for the MP-40 in Warzone.

The MP-40 can hold its own against any other SMG up close in Vanguard Royale, so it’s worth sticking it in one of your Overkill classes. You’ll want to pair it up with a long-range AR or sniper rifle for engagements past CQC-range, though.

This set of attachments will buff the MP-40’s statistics for accuracy, range, fire rate, and mobility, while barely making a negative dent in the gun’s abilities in other areas. When traversing through Caldera’s buildings or trying to move through its open areas with quickness, the MP-40 is a safe bet.

The underbarrel and optic in this build are swappable depending on your preference, but we suggest the Hand Stop for its ability to control recoil and the ISO1M sight for its clearer overall picture while aiming down sights.