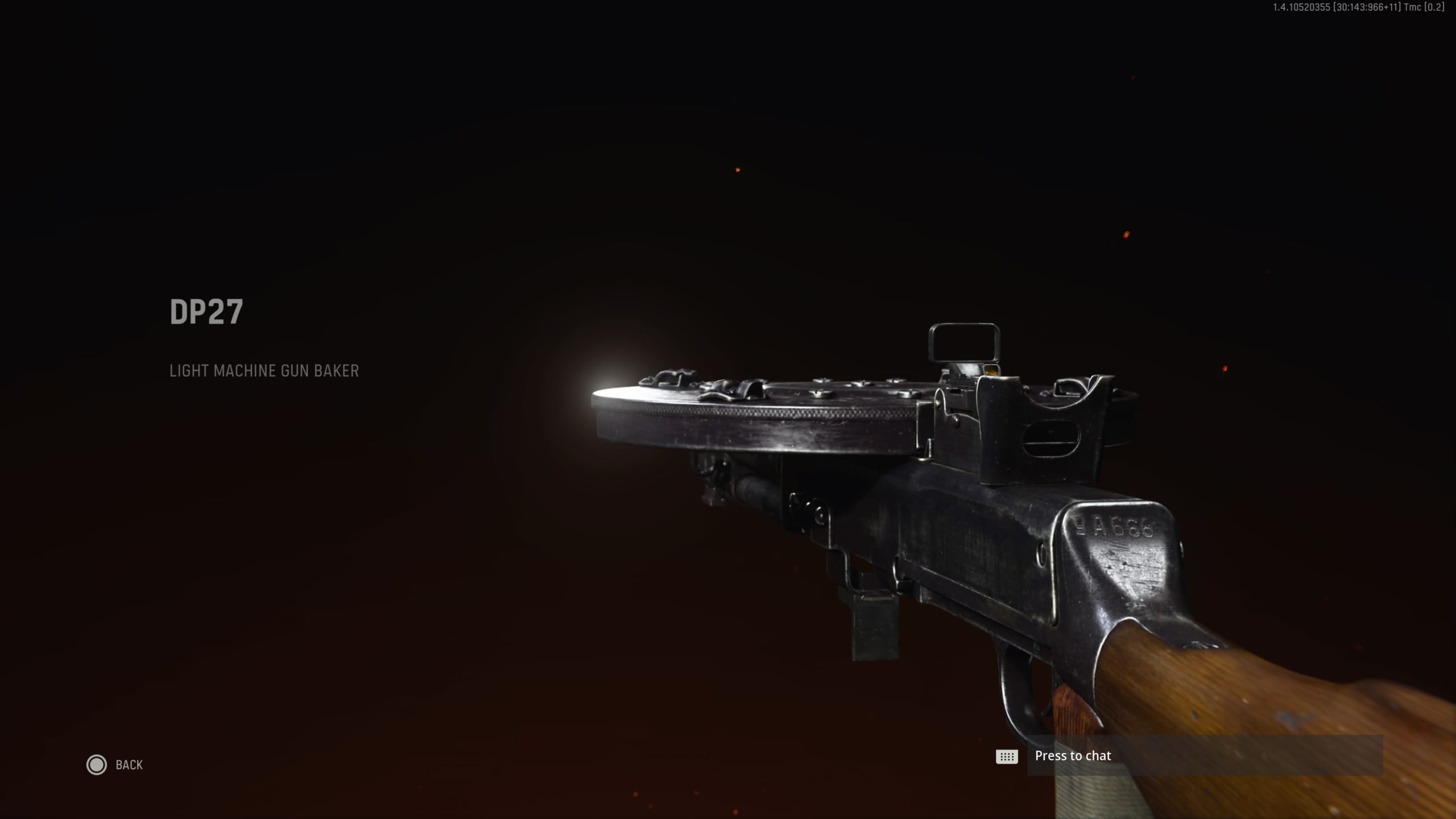 In World War II, light machine guns tore through the bodies of many soldiers on all sides of the fight—and Call of Duty: Vanguard’s roster of LMGs highlights just some of them.

Some LMGs in Vanguard are chain-fed, others are side-fed, and others look like a pizza. But whichever LMG you choose to run with, you can take down hordes of enemies with their giant magazines and strong firepower.

Metas change, guns get better and worse over time, and the current king LMG might be overtaken someday. But as is usually the case, one gun is better than the rest and we’ll keep this article updated with the top LMG at any given point in time during Vanguard’s lifespan.

The best LMG in Vanguard

The DP27, known lovingly as the “Pizza Gun” for its oddly-shaped, flat plate magazine, is currently the best gun for LMG users in Vanguard. This loadout above will help it excel to new heights, but it’s also quite solid in its own right, so the leveling process is a breeze.

It’s decently proficient at moving around the battlefield, but the DP27 will lose out to ARs and SMGs by players who are trying to use it like something that it’s not. It’s a big, sluggish LMG, so try to use it like one.

A more traditional LMG, the MG42 is a buzzsaw on the battlefield. Its already-huge magazine doesn’t need any tweaking, but its recoil sure does. Thankfully, with this loadout, you can hold down the trigger while mounted up with the MG42 and completely wreak havoc on the battlefield.

You’ll be very slow using this gun, as is to be expected with an LMG, so don’t try to run and gun too much with it. It’s meant for medium-to-long-range engagements while holding down sightlines like hallways and choke points.