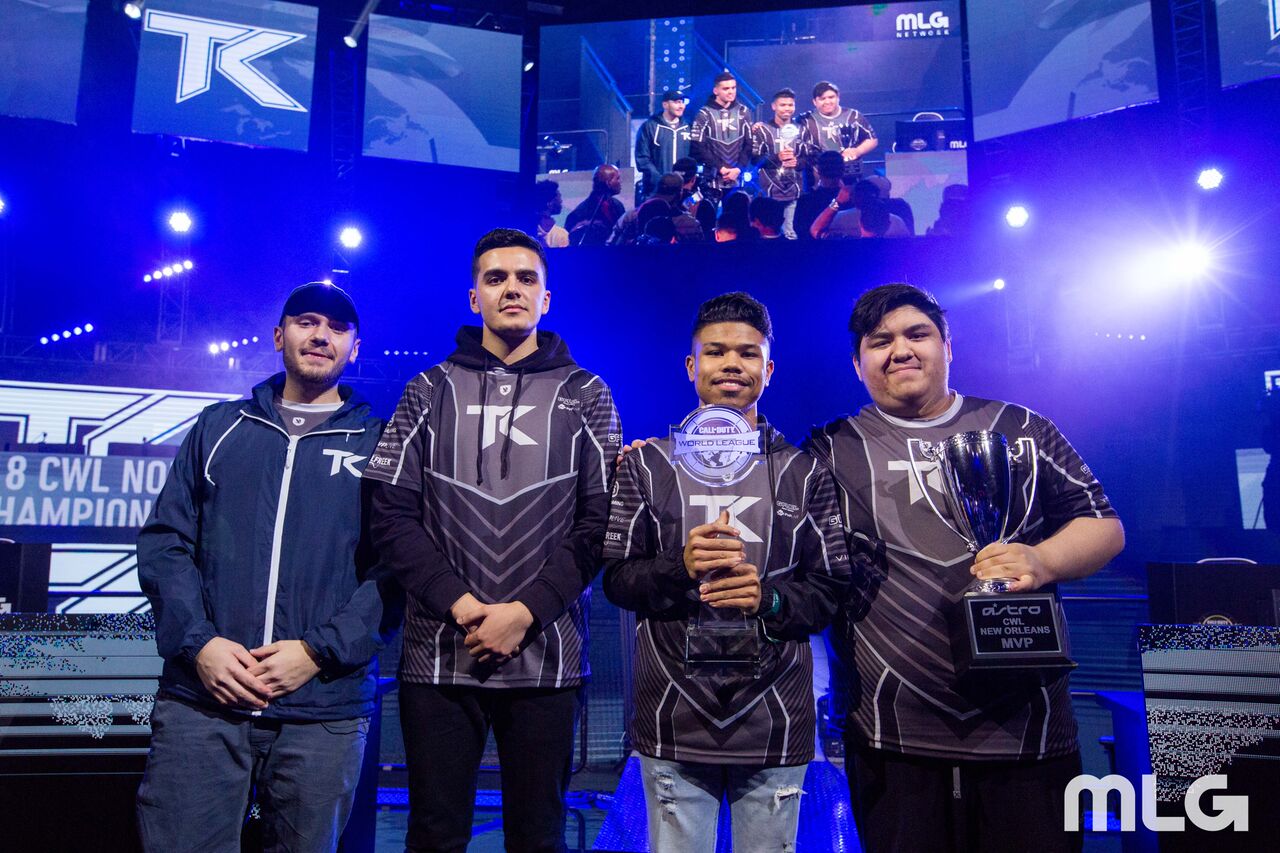 Team Kaliber have won the CWL New Orleans Open championship with an incredible win over Luminosity Gaming in the grand finals.

In the first map, Gibraltar Hardpoint, Luminosity did something they couldn’t do the first time they played tK on Gibraltar HP—they won. After going down early in the game, the slaying of LG took over. The duo of Jordan “JKap” Kaplan and John Perez combined for over 60 kills in their team’s 81-point victory.

USS Texas Search and Destroy was up next, and the player of the game was tK captain Dylan “Theory” McGee. The veteran aced LG in the very first round and then added two more kills in the following round to get full streaks right out of the gate. Those streaks weren’t really needed though, as LG couldn’t get anything to go their way in the 6-1 tK win.

The third game of the series, Ardennes Forest Capture the Flag, was pretty much the opposite of the second game. LG controlled the pace and action from the beginning, jumping out to a 2-0 lead and never letting up to move back into the lead of the series.

For the second Hardpoint of the match, Sainte Marie du Mont was chosen. On the same map in the winners final matchup between the teams, LG fell to tK after getting within just seconds of victory. This time, LG were more prepared and protective of their lead. Although tK made great plays to try to get back into it, Luminosity shut the door to end the series and reset the bracket.

Learning from their mistakes in the first series, Team Kaliber banned Gibraltar HP, instead choosing to play London Docks Hardpoint. It was a good choice too, as tK emerged victorious in the “Battle of the ARs,” as commentator Jack “CouRage” Dunlop called it. Despite LG’s Sam “Octane” Larew finishing with 47 kills, Luminosity fell by a single point thanks to Lamar “Accuracy” Abedi’s 43 kills and a wild series of plays at the end of the game.

Luminosity also learned from their first-series map mistakes as they banned USS Texas Search and Destroy, settling for Ardennes Forest. And that was a good decision, too. In an intense 11-round battle, Josiah “Slacked” Berry was the hero in the end. His one-vs-two in the final round ended the game and tied the series up.

Ardennes Forest CTF was up next, and similarly to the rest of the series, it came down to the wire. In a 2-2 game nearing the end of regulation, Theory was the “sneaky beaver,” as Chris Puckett would say. His stealthy positioning allowed him to kill JKap, the flag carrier for LG, and return the flag before dying. Accuracy, tK’s flag carrier, then promptly captured the flag to win the game and put his team back on top of the series.

After dying with the flag to close out game three, JKap came back for game four, Sainte Marie du Mont, with a vengeance. The two-time world champion and teammate Octane killed practically everything in their sights while their team racked up the points. With a 250-157 win, LG sent the series to a deciding game five.

The final game was all about tK taking advantage of LG’s mistakes. A body stack early in the game allowed Kenny Williams to pick up two kills. And soon after, a delayed flank reaped a fantastic award for Accuracy, who easily killed three unsuspecting Luminosity players. And what seemed like a deflating dagger, JKap pushed Accuracy just seconds too early in a one-vs-two, which allowed tK to defuse the bomb. Those mistakes were the difference in what is quite possibly one of the greatest and most intense series in Call of Duty history.

After the series, Martin Chino was crowned the Astro Gaming MVP of the event, stealing the award from his teammate Accuracy, who earned that title at CWL Dallas last month.

Team Kaliber will look to defend their first-place standing when they battle against the 15 best teams in the world at the CWL Pro League, which kicks off on Jan. 23.