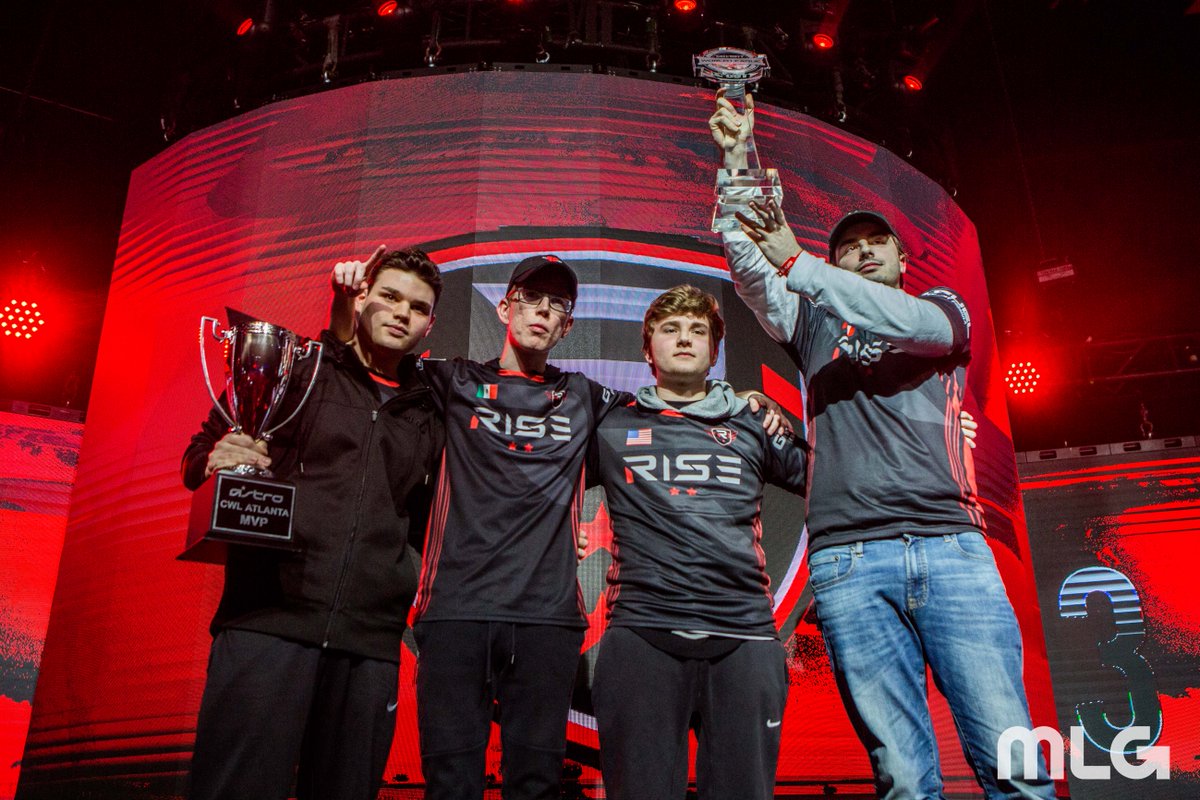 The winner of this weekend’s $200,000 Call of Duty World League LAN event has been determined after three days of intense action.

Earning their spot with sheer domination, Rise looked like the top team in the world throughout the entire event. In pool play, they took each of their four matches with an 86 percent map win percentage. And they continued their winning ways in the championship bracket by defeating FaZe Clan, Team Envy, and Luminosity.

Their opponents, Red Reserve, had a much tougher road to the grand finals. After placing third in Pool D, they were forced to play through the championship losers bracket. But the Europeans were resilient, as they won six straight losers bracket matches—including wins over FaZe, Team Kaliber, OpTic Gaming, Envy, and Luminosity—to reach the grand finals.

Rise kicked off the grand finals with a commanding game one win on Valkyrie Hardpoint behind a 28-kill performance from the 2017 CWL Atlanta MVP, Peirce “Gunless” Hillman. Game two, Sainte Marie du Mont Search and Destroy, went the way of Red Reserve to tie the series.

But Rise Nation wouldn’t be outdone as they completely rolled through Red when it came to Ardennes Forest Capture the Flag. Their 4-0 win was made possible by captain Daniel “Loony” Loza’s incredible play—he went 27/15.

Despite the tough loss in CTF, Red gave everything they had on London Docks Hardpoint to try to extend the series. Joseph “Joee” Pinnington, in particular, played inspired and attempted to single-handedly drag his team to a decisive game five with 44 kills. But Gunless once again was the star of the game as he finished with 50 kills, and Rise Nation finished off Red Reserve to win the tournament.

This title in Atlanta is the first offline event championship for Rise Nation since the CWL Las Vegas Open in December 2016, and only the fourth in the organization’s history. Loony is also the only player that has been on all four of those championship-winning rosters. This was Gunless’ second career championship, while Methodz and Tommy “TJHaLY” Haly each won their first title.

Rise join Team Kaliber as the only teams to win CWL Global Open events in WWII so far. The next chance for teams to do so will be at the CWL Birmingham Open, which kicks off on March 30.