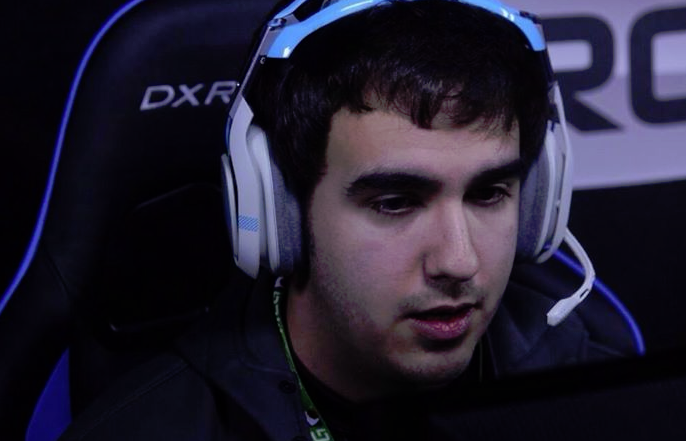 This past Friday, Joe “ MerK” DeLuca announced his decision to retire from competitive Call of Duty and work for Major League Gaming full-time as a Console FPS Manager. MerK has had an incredibly storied career, with achievements that most players can only dream of.

MerK began to make a name for himself when he signed onto OpTic Gaming in 2010, playing alongside future legends such as BigTymeR, JKap, NaDeSHoT, ProoFy, Rambo, and Scump over the next three years. He was able to capture his first major championship at MLG Columbus 2011, following up with impressive performances at MLG Anaheim 2011, MLG Raleigh 2011, and capping the year off with his second major championship at MLG Orlando 2011.

The success continued in Modern Warfare 3, when MerK and OpTic won the first-ever Call of Duty XP, taking home the grand prize of $400,000. Following the world title win, MerK and the team decided to leave OpTic Gaming to join apeX eSports. Under the apeX banner, he won Frag Cup III, EGL 5, and UMG Classic before returning to OpTic to win EGL 7, and place second at EGL 8.

Early on in Black Ops II, MerK and OpTic Gaming struggled to repeat the domination they experienced the year prior. They first placed 7th in Frag Cup IV, after replacing long-time teammate and legend, Ray “Rambo” Lussier with former OpTic Nation member and YouTube sensation, Matthew “NaDeSHoT” Haag. The team was able to bounce back, however, and took home the championship at UMG Chicago and then finished 3rd at the Call of Duty Championship 2013. MerK not only was starting to find his groove in-game, he was becoming extremely popular on the internet, with consistent YouTube videos and live streams on Twitch that garnered thousands of views. In June of 2013, he moved into the OpTic Gaming team house in Chicago, Illinois with BigTymeR, NaDeSHoT, and Scump, becoming one of the first Call of Duty teams to do so and by far the most prolific. The move brought attention and popularity to the foursome that had not been seen before, with great moments that are cemented in Call of Duty esports’ history. In-game, OpTic continued to place 3rd, finishing there at both MLG Anaheim and Gfinity 1, but they had obviously stagnated and decided to make a change. That change would be to release MerK, and replace him with JKap. MerK would find a new home with Team EnVyUs, OpTic’s historic rival. He helped the “Boys in Blue” improve slightly from their slump in late 2013 but it wouldn’t be until 2014 that MerK and EnVyUs would both return to the top.

Team EnVyUs once again showed why people should envy them, this time in Ghosts. EnVy took 2nd at the Call of Duty Championship 2014, UGC Niagara, and UMG Dallas while taking the grand prizes at Gfinity 3 and MLG Season 3. The consistency of nV in Ghosts is much attributed to MerK’s leadership. The team remained solid while the roster shuffled every few months, bringing in new and upcoming players such as StuDyy and FormaL, while seeing older players such as Rambo stop competing. The duo of MerK and NameLeSs on EnVyUs also helped the team, as they stuck together for over a year.

MerK would not find much success in Advanced Warfare, only cracking into the top four once, at UGC Niagara 2015. In May of 2015, MerK was released from Team EnVyUs’ MLG Season 2 roster, but he was able to sign shortly after with Team JusTus to remain in the league for the next season. The team performed poorly online, finishing T7 in the regular season and failed to qualify for Season 3 in the relegation tournament.

Black Ops III brought in a whole new type of system with the Activision-backed Call of Duty World League being announced. MerK may have had a disappointing Advanced Warfare year but he was determined to make an impact in the newest Treyarch title. Despite his hard work, he was unable to qualify for the league in both qualification tournaments, meaning he would miss out on the first stage of the CWL. Despite the massive setback, MerK persevered, landing a position on Challenge Division squad Team Liquid with Apathy, BURNS, and StuDyy. The team did an incredible job, placing 1st in the UMG South Carolina Open Bracket and T3 in the Championship Bracket. The team then qualified for the Stage 1 Relegation Tournament, placing second in the online tournament. Unfortunately, MerK was unable to qualify after being reversed swept in their best-of-7 series against H2k-Gaming.

Following the heartbreaking loss, the players went their own ways with Apathy and StuDyy securing spots on CWL teams (Team EnVyUs and Luminosity Gaming, respectively) while BURNS focused more on live streaming and finding a spot on a promising Challenge Division team.

MerK had other ideas for his future and chose to work for Major League Gaming, focusing on console FPS games such as Call of Duty and Halo for the Columbus-based company. Adam Apicella, the Senior Director of League Operations at MLG, stated that MerK’s responsibilities will include “creation of rules, formats, game testing, pro player management, etc. for all console FPS titles.” MerK is a recent graduate of Bowling Green State University and a soon-to-be husband, but he seems to be very focused and excited about his new career path, tweeting, “Now life gets crazy. Over the next month, I’m getting married, going to try to relocate, plan Anaheim, and deal with my mean boss @MrAdamAp.”

From all of us at eSports Guru, we would like to thank Joe MerK DeLuca for the incredible moments he gave us over the years as a player and entertainer, and we hope that he continues to help Call of Duty esports grow and we wish him the best on his upcoming marriage!