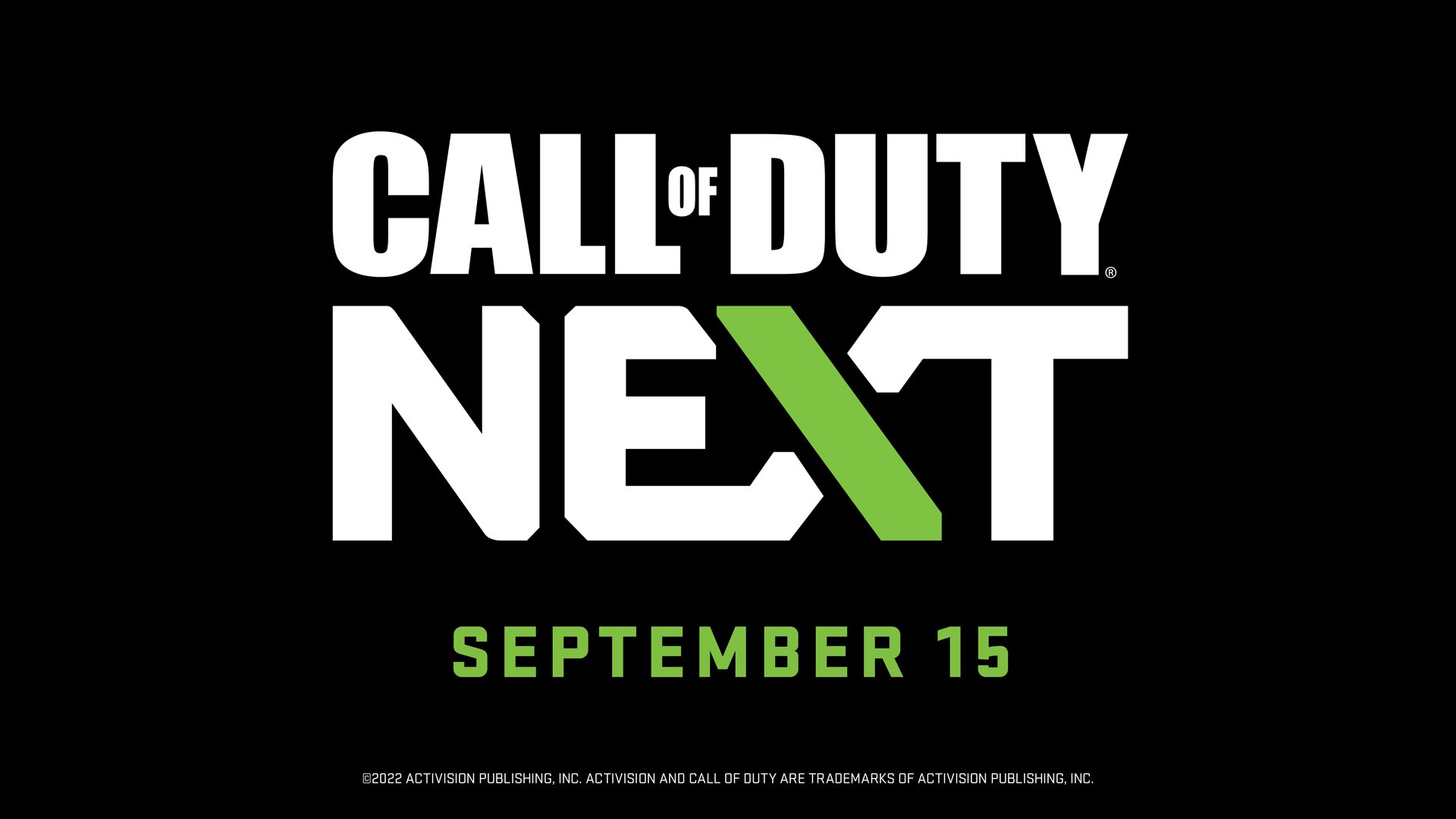 Are you ready to finally see the future of Call of Duty?

It’s time to get excited about what’s next for CoD. Call of Duty Next is a massive live stream event that will peel back the curtain on multiple new CoD games. This is all about what everyone is going to be playing in the coming months.

A multiplayer reveal is just the start for CoD Next. Modern Warfare 2’s multiplayer will be shown off for the very first time ahead of the release of the beta on PlayStation the very next day. We’ll learn all about what to expect from this year’s CoD.

The revamped Warzone experience, dubbed Warzone 2.0, will also be shown off for the first time. And for mobile players, Warzone Mobile will also get some time in the spotlight, so it’s going to be a must-watch for CoD fans, no matter what flavor of the franchise you enjoy most.

Here’s how to tune in for the epic event.

How to watch Call of Duty: Next

Call of Duty Next kicks off on Sept. 15 at 11:30am CT. The event is going to be streamed all over the internet. The stream can be found on Call of Duty’s Twitch, YouTube, Twitter, and Facebook, along with behind the scenes on the official CoD TikTok and Instagram pages.

Here’s everything that will be shown off at CoD Next, according to Activision: