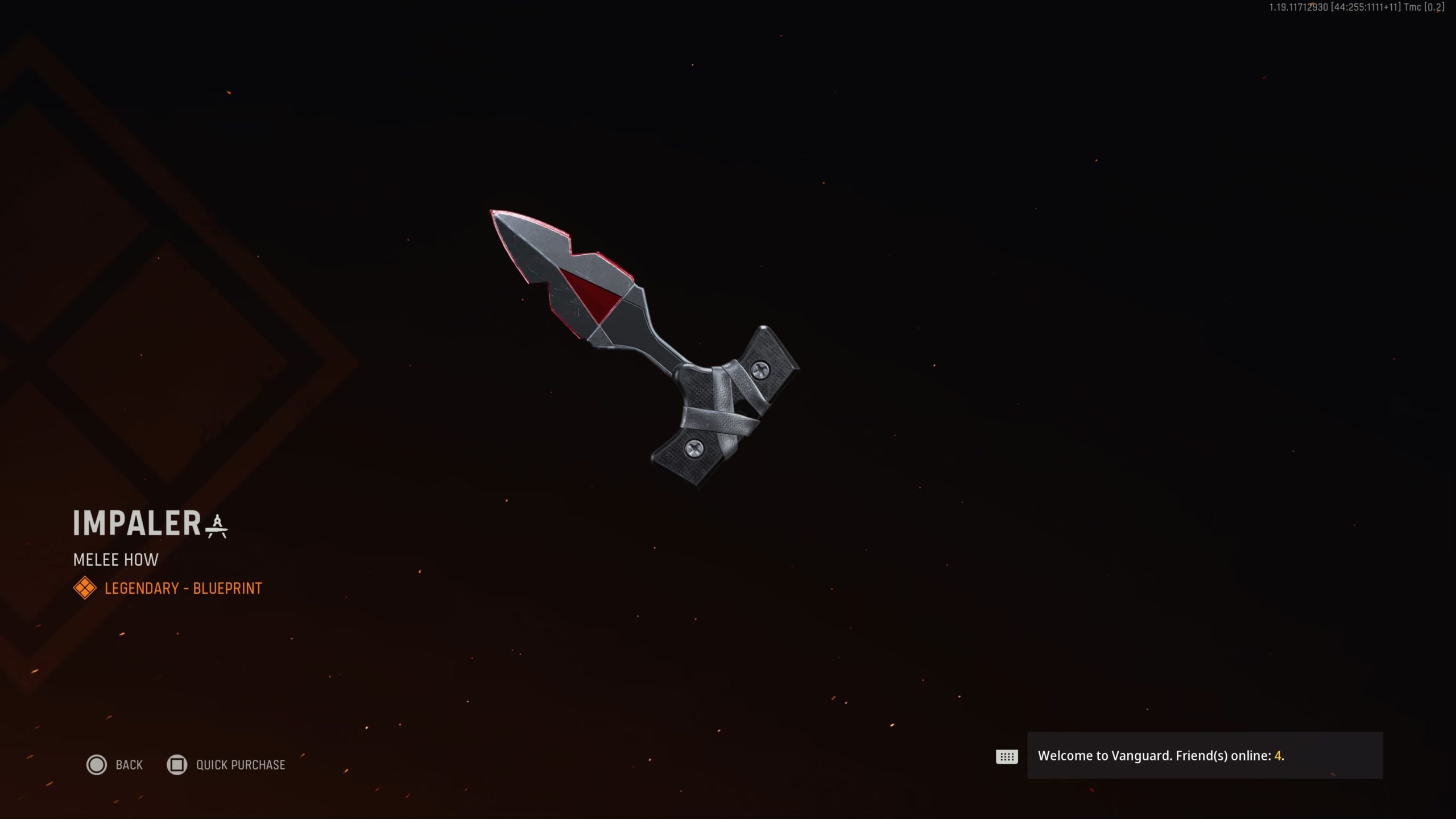 After a July 14 update in Call of Duty: Vanguard and Warzone, another new melee weapon is available to unlock.

The Push Dagger is “a blade with a T-shaped grip that allows for increased push power” that is “easily concealable and deadly in CQC,” according to its in-game description.

The new weapon functions the same as any other melee weapon, offering a quick way to run up on an enemy and kill them without the need to ever fire a gun. It slots in as the seventh different melee weapon added since Vanguard’s release.

Here’s how to secure the latest melee weapon added to both Warzone and Vanguard.

How to unlock the Push Dagger in Warzone and Vanguard

Alternatively, the Push Dagger can be unlocked immediately by buying the Heartstrike Bundle in the CoD Store. The bundle includes the Impaler blueprint for the Push Dagger, the Cloud Asphalt skin for Gustavo, an emblem, and MVP highlight, calling card, charm, sticker, watch, spray, and one battle pass tier skip for 1,600 CoD Points.

Since there are no attachments to unlock on the Push Dagger, there’s no downside to simply purchasing the Heartstrike Bundle other than needing to use real-world currency to get it with CoD Points. It’s an option for those who are looking to do so, however.