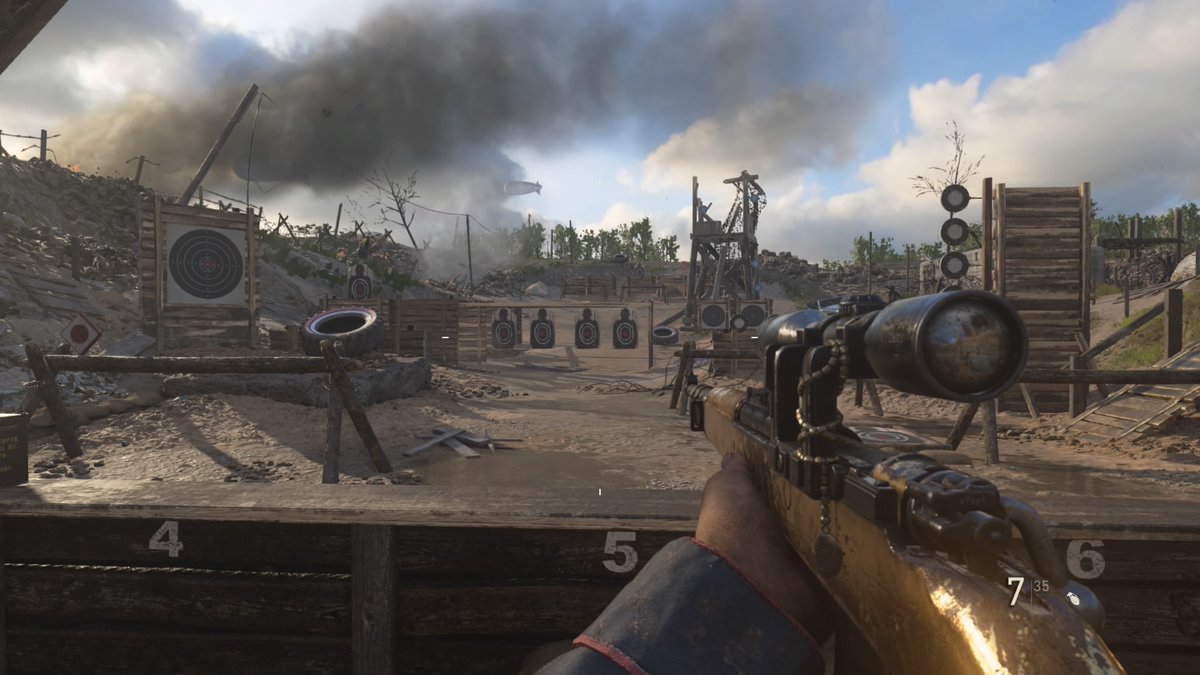 Quickscoping is one of the most popular playstyles in Call of Duty: WWII’s public multiplayer. There’s a certain thrill that players get from instantly killing an enemy without fully aiming down sights at their target.

But not everyone can become a superstar quickscoper overnight—it takes a lot of hard work and practice in order to master this craft.

Here are some basic tips and tricks on how to quickscope in Call of Duty: WWII.

Before you can even think about learning how to quickscope, you must first make sure to select the best sniper rifle for you. Each sniper in WWII has different statistics and scope-in times, so you’ll need to figure out which gun fits your playstyle the best.

The most popular sniper in the game is currently the Kar98k. It’s very powerful, and even after its nerf on Jan. 18, you can still aim down sights pretty quickly.

But even though the Kar98k is the most popular—and arguably the best—sniper in WWII, that doesn’t necessarily mean it’ll be your favorite sniper. Try out all of the weapons in this class to see which one you prefer. You’ll need to get a good feel for that gun and learn how to get normal sniper kills before you can move on to quickscoping.

Most players don’t have any issues sniping in the traditional fashion—aiming down your scope and holding your breath, also known as hardscoping. But quickscoping is an entirely different challenge.

To quickscope, players don’t fully aim down their scope with a sniper. They quickly push their left trigger to begin the aiming process, but shoot before actually zooming in.

In order to quickscope, it’s essential to properly center your sniper so you know where you’ll be shooting since you won’t actually be fully scoped-in on your target. This is why it’s so important to get comfortable with your sniper before trying to quickscope. The more time you spend casually sniping or hardscoping, the more familiar you’ll get with the gun and aiming at the center of your screen.

One tip for this is to visualize your aimed-in sights when trying to quickscope. Pretend like you see your crosshairs as if you were fully zoomed-in, and shoot where your sights would be lined up. This will help you get a better feel for quickscoping, because in your mind, it might look like you’re aiming down sights, even if you aren’t.

You should also learn the aim-in time for each sniper by playing around with your left trigger. You don’t even have to actually be shooting at something—just head to the Firing Range in the HQ and practice tapping your left trigger. If you hold the left trigger too long, you’ll fully aim down your scope, so by practicing this method, you’ll get a better understanding of how quickly you should hit the button before shooting.

Quickscoping is obviously much more difficult than hardscoping, so the trick is to make it feel like you’re sniping in the traditional fashion. Once you learn the quickscoping technique, the next step is to build your muscle memory.

Quickscoping is all about timing. If you shoot too early, you’ll have no idea where your bullet is going. But if you shoot too late, you’ll most likely miss your intended target.

The best way to get good at quickscoping is through hard work and dedication. You shouldn’t just jump right into a public multiplayer match and try quickscoping if you’ve never done it before.

First, head to the Firing Range and practice quickscoping on the stationary targets. Once you start to consistently quickscope the cutouts, you should next move on to bots in a private match. You can set the bots on a variety of difficulties, but if you’re just starting out, begin with Recruit and slowly work your way up to Veteran as you get more comfortable with quickscoping.

Once you feel like you’re getting the hang of quickscoping against bots, you can then put your newfound talent to the test in a public multiplayer game. This will obviously be much more difficult than quickscoping bots or targets, so don’t get discouraged if you’re missing some shots. Just keep practicing, and with time, you could become the next quickscoper extraordinaire.

At the end of the day, there’s quite a bit of luck involved in quickscoping. But the best quickscopers are the ones who have practiced enough to minimize the influence of luck. Once you get the muscle memory down, just keep working at it—and who knows, maybe you’ll be good enough to create your own YouTube sniper montage some day.