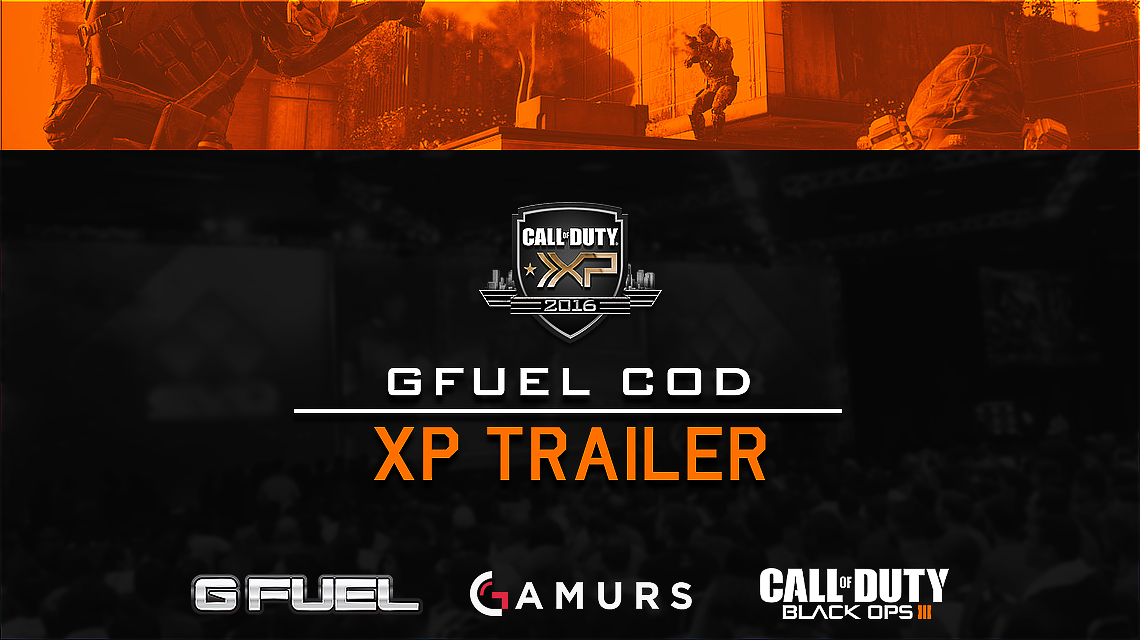 Our partner company who fuels us during coverage of events and while we work to produce content, G Fuel Energy has released a brand new trailer for the multi-million dollar prize pool event, Call of Duty: XP.

The video linked below in a tweet by G Fuel features stunning shots of the packed house of fans, the competitors battling it out and the fantastic team of analysts breaking down the action. Also included are some shots of the Zombies in Spaceland venue set up adjacent to the tournament, and some first person footage of the Nuketown paintball arena.

G Fuel plays a key role in the lives of professional Call of Duty players who often face grueling hours of practice to be able to compete at such a high level. To do this most of the players will use G Fuel to stay alert and awake and get the most of their practice time.

This year’s CoD:XP is the largest in history featuring $2 million in prizes and thirty-two teams from around the world, as highlighted in the video. OpTic Gaming and FaZe Clan are just some of the favorites but don’t rule out any underdogs as Call of Duty can be far from predictable at times.

You can check out the video by following the link in the tweet below, and be sure to use the code “GAMURS40” for 40% off all GFuel purchases:

Who will bring home the title? #CODXP2016