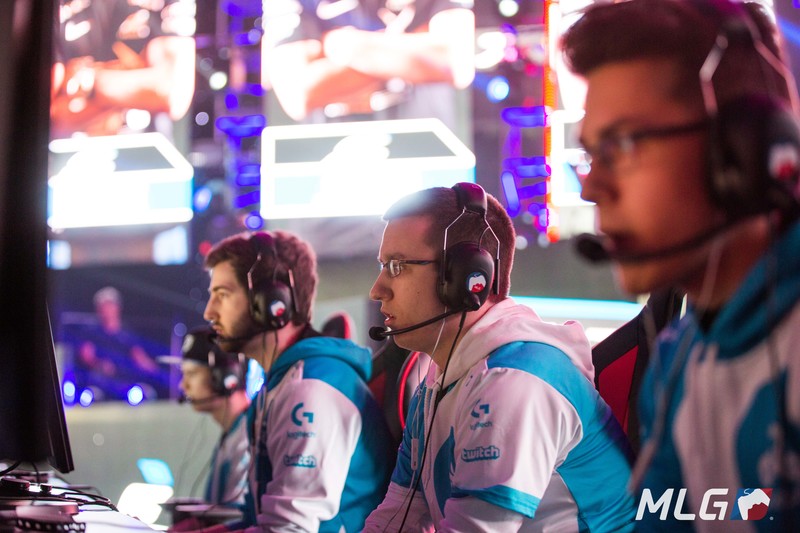 The third day of the $1.5 million Call of Duty World League Championship has concluded, and there have been a ton of upsets and shocking moments.

Here are the five biggest storylines from Friday’s action at CoD Champs 2017.

ACHES eliminated with worst CoD Champs placing of his career

Patrick “ACHES” Price is one of the most storied players in Call of Duty history. Although he played a major role in dominating Call of Duty esports during 2013 and 2014, it appears that times have changed.

Related: Lacefield and Ghost Gaming send Cloud9 down to the losers bracket at CoD Champs 2017

The former world champion was eliminated from the same tournament that he won just three years ago, as Cloud9 fell to both Ghost Gaming and Epsilon Esports on Friday.

In the Ghost matchup, emotions ran high as former C9 player and new Ghost star Andres Lacefield did everything in his power to send his old team to the losers bracket. His slaying power and intensity definitely were giant factors in Ghost’s 3-1 victory over C9. And once the game was over, Lacefield wasn’t afraid to let C9 know what he had to say.

After being knocked into the losers bracket, ACHES and C9 faced off against Epsilon Esports—a squad that ACHES has some history against. David “Dqvee” Davies, Billy “Hawqeh” Harris, and Stephen “Vortex” Allen were a part of the FAB Games Esports roster that sent ACHES home in last year’s CWL Championship. They did the same thing this year, as the Europeans knocked Cloud9 out of the tournament with a 3-0 sweep.

ACHES’ top 16 finish is the worst world championship placing of his career. In his previous four appearances, he had never placed outside of the top six.

eUnited’s superb teamplay leads to a victory over LG

EUnited continued to look like one of the best teams at the CWL Championship on Friday as they defeated Luminosity Gaming 3-1 in their sole matchup of the day.

Related: Clayster and eUnited take down Luminosity at CoD Champs 2017

Outside of the actual victory, this match was interesting because a different eUnited player stood out the most during each game. After losing the first Hardpoint, Justin “SiLLY” Fargo-Palmer shined in Crusher Search and Destroy with 13 kills and only three deaths. In the Uplink, James “Clayster” Eubanks went big with a 33-22 statline. And to close out the series, Alec “Arcitys” Sanderson and Preston “Prestinni” Sanderson combined for 74 kills in the second Hardpoint to lead eUnited to a 3-1 series victory.

Fnatic had a great group play showing. With a 3-0 record at the top of Group F, Fnatic was put in the championship bracket against Allegiance, a roster that qualified for this tournament through the North American Last Chance Qualifier.

Unfortunately for Fnatic, ALG played like they’ve been a top team all year and took the series 3-1 in a statement win. A bad losers bracket draw put them against CWL Anaheim Open champions Luminosity in a game that really didn’t work to their strengths. LG ended up bouncing back after their eUnited loss and swept Fnatic in three games.

With that loss to LG, Fnatic became one of four teams that were eliminated on Friday—joining Cloud9, Mindfreak Black, and Str8 Rippin as the teams that failed to win a match in the championship bracket.

Infused pull off an upset against Rise

Undoubtedly the biggest upset of the day came when Team Infused defeated Rise Nation in the first match of the day.

Rise had an incredible group stage, where they swept Luminosity and only dropped one map between three matches. Infused had a much different circumstance, as they were one of three teams that tied for second place in Group C, which resulted in a best-of-one tiebreaker. Infused ended up defeating both Lethal Gaming and Mindfreak to advance to bracket play.

But as we all should know, group play and the championship bracket are two entirely different beasts. Infused proved that in their Rise matchup with a 3-1 victory. Their control in Search and Destroy and Uplink wasn’t surprising, but after Rise won the first Hardpoint in convincing fashion, Infused’s 250-247 Throwback Hardpoint win to close out the series stunned the Call of Duty community.

Infused’s road to a championship will only get tougher from here, but this could go down as one of the most shocking upsets in CoD Champs history.

OpTic continue to roll over the competition

Unsurprisingly, OpTic Gaming has stormed their way into the winners bracket quarterfinals. After winning all three of their matches and going 9-1 in total map count in group play, OpTic didn’t let up when they faced off against Mindfreak Black on Friday.

Mindfreak Black was a great Cinderella story for this year’s CWL Championship, but this isn’t a fairytale—this is Call of Duty. OpTic wiped MF Black off the map quickly, defeating the Australians 3-0. This was OpTic’s third sweep at CoD Champs 2017, and it pushes their map win percentage to a staggering 92.3 percent.

Day three of the CWL Championship is finished, but there’s still so much CoD Champs action to go. Saturday will see Stage One champions Splyce take on Stage Two champions OpTic Gaming, while defending world champs Team EnVyUs look to continue their run at a repeat.

The games will resume at 10am ET in Orlando, Florida and will set the stage for Sunday, when we crown the 2017 Call of Duty World League champion.