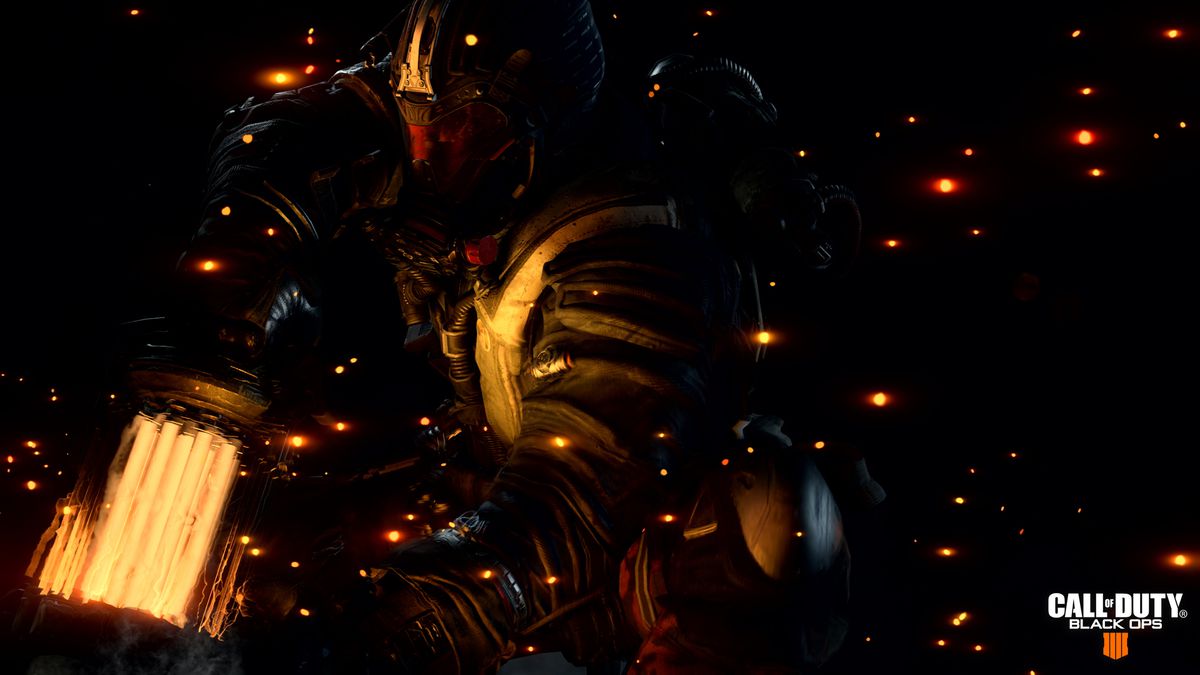 Fans turned on it hard. Shortly after news of the new DLC system came out, nearly every new thread post on the BO4 subreddit included a critique of the pass. Many said they were reconsidering—or outright canceling—their purchase of the newest installment in the historic franchise. This was mainly due to Call of Duty being one of the only franchises that uses a paid DLC model for additional maps, actively separating the player base between those that can and can’t afford the additional content.

“Instead of having four separate content drops, Black Ops 4 fans will experience a more frequent cadence to keep things fresh and deliver new maps and content more regularly throughout the year,” Activision said.

Related: Classic Call of Duty maps will be available in Black Ops 3 for anyone who preorders Black Ops 4 on PS4

Treyarch announced the Black Ops Pass will feature a launch-day bonus Zombies map called Classified, four new Zombies experiences, 12 multiplayer maps, and four exclusive Blackout characters that will be added throughout the year. Some members of the community didn’t take too kindly to the news.

Many fans were expecting more free post-launch maps after Treyarch didn’t mention the Season Pass at last month’s reveal event, and a subsequent Gaming INTEL report that stated Treyarch would be adding one or two multiplayer maps every month for free.

“I’m also in the camp that I’m not buying it now,” said Reddit user /u/Christofin. “It’s 2018, every other major publisher has moved on from practices that segment their player base. Especially on PC where people have more than enough games to choose from, CoD just dies so quickly because of stupid shit like this.

“Activision said that they wanted Black Ops 4 to be the best. Putting in a season pass kills all of the hype and will put it behind other games coming out this year.”

It’s hard to argue against that. There are a lot of exciting games coming out in the final quarter of 2018, including Assassin’s Creed Odyssey, Red Dead Redemption 2, Fallout 76, and Battlefield V—the latter of which has already confirmed there will be no paid DLC maps. In fact, Call of Duty is one of the last major franchises to charge customers for DLC maps.

Every year, Call of Duty fans shell out $60 for the newest game—and for many, that’s just the beginning of game-related purchases. Like many other games, there are loot boxes that give new weapon camos, character outfits, emotes, and more. So just with the base game and the cosmetics that they may buy, many fans are likely spending close to $100 each year. And with a DLC system where they need to buy new maps in order to keep playing with friends, how are players supposed to keep justifying this amount of spending year after year when there are other games that will be fun and cheaper to play?

League of Legends and Fortnite: Battle Royale are two of the most popular games on the planet, and neither cost a penny. There are obviously countless cosmetics available for purchase, but none of them are necessary. When League rolls out a new game mode, players don’t need to pay to access it. These games make their money off microtransactions like player icons and skins, they don’t need an entrance fee.

Fortunately, Treyarch has a lot of good will with its playerbase. Throughout CoD’s nearly two-decade existence, many fans have pointed to the games Treyarch worked on as their favorites. The Black Ops series has been especially popular, evident by its franchise-record number of sales.

Each of the previous three games in the series has been a massive success in their own way. The original Black Ops game had one of the most compelling campaign stories, making it nearly impossible for players to not get caught up in Alex Mason’s grueling life story.

Black Ops II saw the campaign’s story continue on with Alex Mason’s son, David, but the biggest development may have come outside of the single-player mode. The game catapulted the competitive scene forward, which saw an explosion in popularity in 2013. Thanks to the franchise’s first competitive ranking playlist, League Play, aspiring esports stars were given the opportunity to compete in their own space.

Treyarch returned in 2015 with Black Ops III, which had a lot of differences from the previous two creations. Even with a different style of advanced movement and the new game-changing element of specialists, BO3 was a hit among players due to its fluid, fast-paced gameplay.

Up until the announcement of the Black Ops Pass, it looked like Black Ops 4 was going to continue Treyarch’s trend of improving and innovating the franchise. With the additions of its first battle royale game mode, three launch-ready Zombies maps, and several popular multiplayer map remakes, CoD fans had a lot to be excited for. The pass is a big blow, however.

Although the game will likely still be interesting, the pass serves as a major roadblock in Black Ops 4’s success. The Black Ops Pass, like the Season Pass, separates the player base. Naturally, some players will be willing to spend the extra money to get new maps, but some won’t, creating a major divide between players that are playing on the paid-DLC maps and those who aren’t.

Not only does it affect the casual player base, the competitive scene would greatly benefit from the removal of paid DLC maps. Event organizers such as MLG are hesitant to add DLC maps to official map pools because not all competitive players pay for the DLC. In the six titles since the Season Pass was introduced, only two—both were developed by Sledgehammer—featured any DLC maps in the official competitive map pool.

With the community backlash and lots of competition later in the year, will fans choose to forgo Black Ops 4 come Oct. 12?