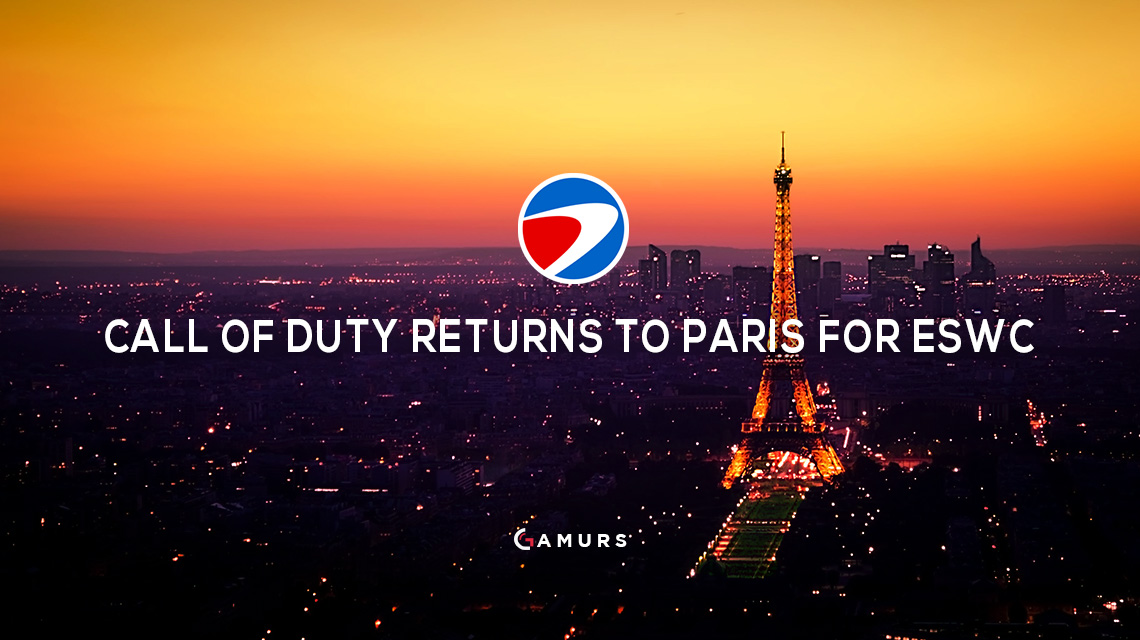 For the fifth year in a row, Paris, France will play host to a major Call of Duty event. ESWC, formerly called the Electronic Sports World Cup, will once again be running the show.

The Call of Duty World League 2017 Paris Open will be a 96 team event and has a $100,000 USD prize pool. It begins Feb. 17 at the Paris Expo at Porte de Versailles, just one week after MLG Atlanta. The Call of Duty tournament is part of ESWC Winter 2017, an expo that also includes events for Clashe Royal and Just Dance, with more games to be announced.

The official announcement for the Paris Open comes less than a week after Gfinity announced they would be hosting CWL London at the end of January. With three CWL events in a four-week span, top European teams will have a lot to look forward to and very busy schedules. CWL pro points can be earned at each of the events.

Previous Paris events have been a huge hit with Call of Duty fans, who say they really enjoy the loud atmosphere only Paris seems to provide. ESWC even has cheerleaders take the stage during the event. This is sure to be another exciting event full of great Call of Duty action.