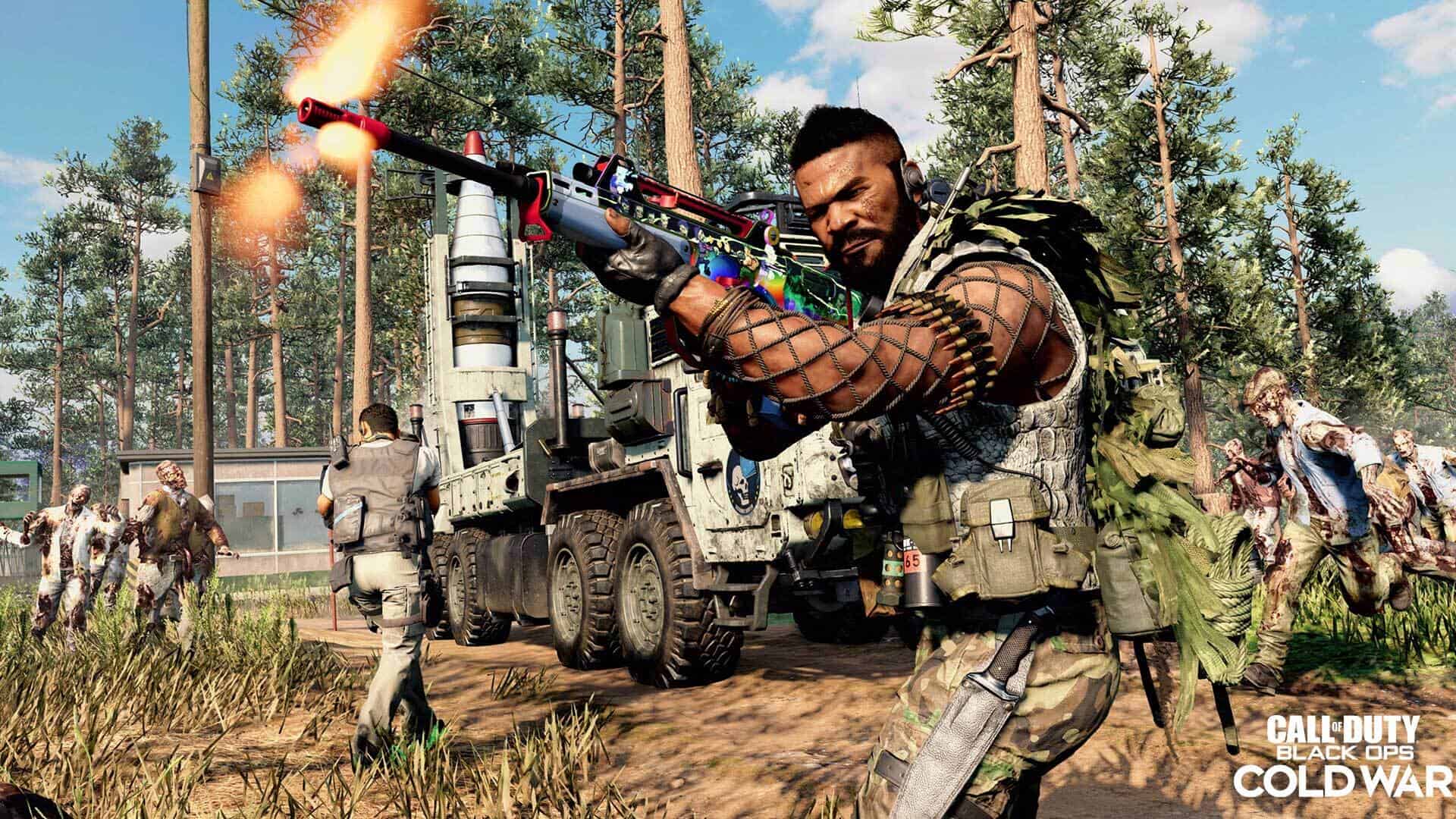 Call of Duty players can expect a lot of new content in the Call of Duty: Black Ops Cold War July 1 update, including the new NukeJacked 24/7 playlist.

The NukeJacked playlist is a six-vs-six Moshpit featuring six-vs-six respawn modes exclusively on Nuketown ‘84 and Hijacked. Fans who want more variety can enjoy the Throwback playlist, including Hijacked, Nuketown ‘84, Raid, Express, and Standoff. This is an excellent playlist for longtime fans of the series since it features some of the most iconic maps in Call of Duty history.

Today’s update also features the Collateral Combined Arms 24/7 playlist, the “biggest, wildest version” of the latest 12-vs-12 map. The new version of Collateral allows players to use air and land vehicles to engage enemies and move around the map.

Gunfight fans can enjoy Gunfight Blueprints in the latest update and all players can jump back into the Face Off six-vs-six and 12-vs-12 Moshpit playlists in either Core or Hardcore modes. NukeJacked and the Throwback playlist are also available in Hardcore modes.

In addition, fans can look forward to a four-day double XP and double weapon XP event to celebrate the Fourth of July in the U.S. The event starts on July 2 and ends on July 6 at 12pm CT.

The latest update also addresses multiple issues in several modes. A full list of updates and changes can be found in the official patch notes.