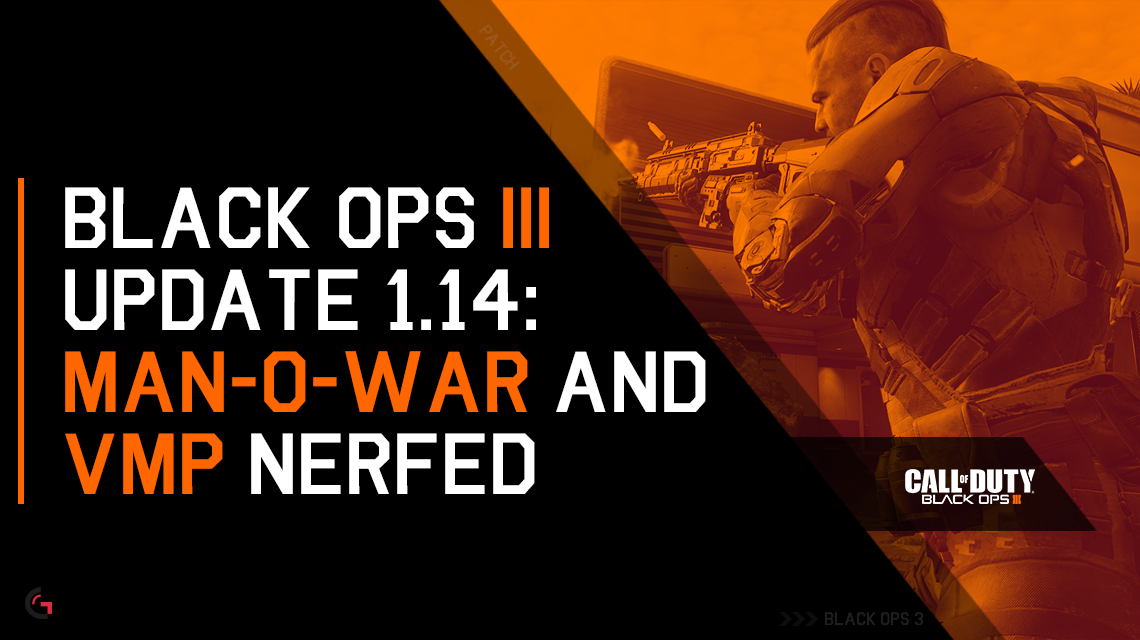 Black Ops III players were greeted with a new update today, astweeted out by game design director David Vonderhaar. Update 1.14introduced numerous tweaks and changes to the game, but none morenoticeable and important than adjustments to some popularweapons.

To read the official patch notes, click the link here.

Competitive CoD teams like Dream Team, most notably favoring theMan-o-War at the recent CWL Season 2 finals, might have to adjustto the changes made to the assault rifle. The reduced ADS speed ofthe gun is noticeable and can have a big effect on gun fights,especially in the twitchiness of competitive CoD’s current meta.The time it takes to aim down sight now can be the differencebetween life and death.

Also seeing a change was the VMP, a favorite submachine gun,which now has noticeably more recoil. The Kuda also will be lesseffective at longer ranges. Will we see a comeback in the Vesper,whose recoil stability has been increased? Time will tell, but itappears that this update has ruffled some feathers in the CoDcommunity.

Nothing like a weapon tuning pass to getfolks riled up. I said it million times. Guns fall in and out ofintended role & design targets. +

And when they do, we are going to dosomething about it. If you are mad now, you should of seen thechanges I didn’t approve. +

I also guarantee that if your job was tokeep the game balanced & not “beast” with your gun of choice,you’d make similar choices.

Well, no one said it was easy being Vondy.

But, he brings up a good point. While some will be upset thattheir favorite guns are not dominant, it is part of the process ofbeing a game developer. It remains to be seen how these changeswill affect CoD esports.

How do you feel about the changes to guns in this new BO3update? Let us know in the comments below.