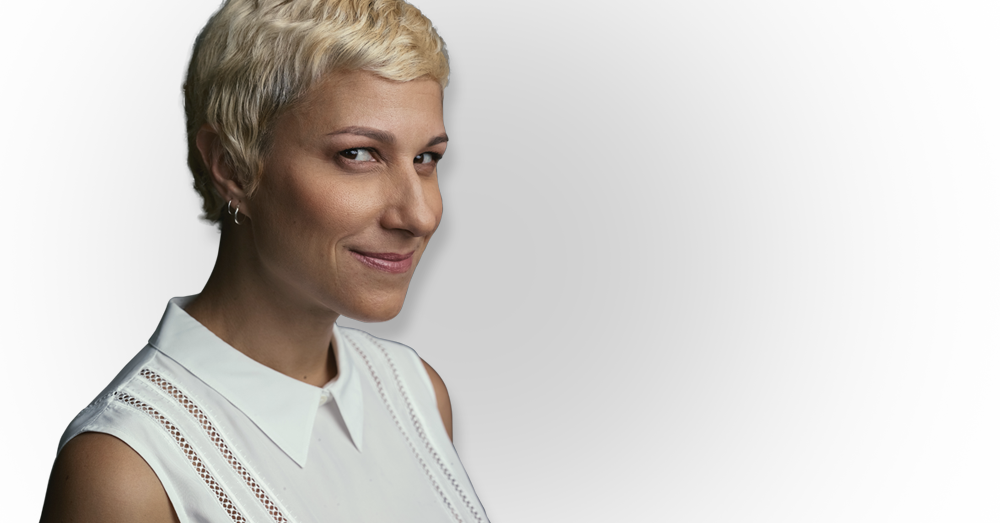 For many, imposter syndrome hits hard. It’s that little voice telling you that you don’t deserve to be where you are, that people will see through the charade. Kristen Salvatore still feels like this sometimes, despite an impressive slew of jobs over a 20-year period that led her to the position as VP & Commercial Director of Esports at Twitch.

Salvatore’s written and edited English and History textbooks at Simon & Schuster, served as the first female Editor-in-Chief of PC Gamer—and then its publisher—and even worked on Apple’s App Store team to help game developers launch their products. So the fact that someone as successful as Salvatore still gets imposter syndrome can perhaps provide some perspective to those of us who feel the same way.

Now, Salvatore is in charge of sponsorships at Twitch, trying to help the industry build a sustainable model for the future. On top of all that, she’s a single parent, balancing her parental duties with her work.

“While I do feel I’ve been supported and appreciated by the vast majority of my colleagues over the years, it would be disingenuous to say it’s been easy being a woman in the games industry,” Salvatore says.

What does your job entail?

I look after Twitch’s sponsorships business, a business unit I was hired to launch in 2016. It’s a bit like running a start-up within a larger company, which means I spend a good deal of time figuring out how best to do things (or get them done) for the “first time ever.” There’s never a dull moment, which I quite enjoy.

Why is your job important to esports?

Twitch and esports share a good deal of DNA. For my part, helping to ensure healthy and sustainable growth of the esports ecosystem is part of our responsibility to content creators, which includes a good many esports enthusiasts and athletes. We want more people to be able to make a living doing this for a long time.

I’m very grateful to have a support system that allows me to do this job as a single parent—and that includes having a stellar co-parent who’s a fantastic help, and has always been on board with the notion that it’s not only possible, it’s actually best all around if you can be good to one another even if your relationship has changed. Half of my mornings begin with the mad dash of kid breakfast and school drop-off, peppered with the occasional conference call in the car. The other half, I try to get into the office earlier than most, so I can get a jump on things while it’s quiet. Like many, I am engaged in a long and protracted battle with my email inbox…but I’ve found we can reach a detente if I spend some time in the beginning of the day triaging whatever

has come in overnight. Similarly, the struggle is real to make sure all of the day isn’t spent in meetings, though I do see a major component of my job to be clearing the paths for my team to do great work, and face-to-face meetings with others in Twitch and outside partners is a great way to do that quickly and effectively. That said, I usually block at least an hour, if not more, of my days just to make sure I have time to work, especially if I’m writing up a strategy document of some sort. Around 4pm, I try to set aside 45 minutes to get back to whatever email I triaged in the morning. Because we have an open newsroom-style work environment, I’m checking in

verbally with my team all day, so we’re usually pretty synced up about what’s happening. On the days I do school pick-up, I leave early, go home and “mom” for a few hours, and then get back on email once everyone is in bed. I’m pretty vigilant about leaving 30-40 minutes each night for me to read a book for fun—the English major in me lives on, and I generally have at least one novel going at any given time.

What was your career trajectory?

It’s been an unusual one. My first job out of college was at Simon and Schuster, where I wrote and edited 5th- and 6th-grade English and History textbooks. I was a freelance writer for quite a while, and eventually ended up as a copyeditor for Maximum PC magazine, in around 1999. I spent close to the next decade editing and writing for video game magazines. I was the copy chief of EGM, CGW, and GMR. I was the first female Editor in Chief of PC Gamer magazine, and later became its publisher, as well as that of Official XBOX Magazine and Official Playstation Magazine. I launched and was the Studio Head of a digital production business unit aimed at leveraging all of those properties for video content (magazines not being much of a growth industry after about 2006). Finally, I decided I’d had enough of publishing, and went to work for EA/Bioware as Director of Brand Strategy. There’s a good chance I’d still be at EA if not for the fact that a little upstart company called Apple (perhaps you’ve heard of them?) recruited me to work on the App Store team, helping game developers successfully launch their products on the App Store. After a few years of commuting to Cupertino from San Francisco every day, both my car and I decided we needed to work closer to home. I became the Vice President of Marketing, Operations, and Platform Partnerships for Nexon Mobile. While on maternity leave

during that role, I realized the allure of mobile games, marketing was waning for me, so I began talking to everyone I could think of about what might be an interesting next step. I gave myself license to do a genuine “blue sky” exercise, where instead of considering what job title I was looking for, I focused on how I like to spend my time: making new things, running teams, connecting disparate projects and groups in ways that force multiply their effects and opportunities for success. One of the conversations I had was with Twitch’s then-CRO, Jonathan Simpson-Bint, whom I’ve known since back in my journalism days. Jonny has a knack for getting people to ask themselves the right questions, and his counsel was invaluable, as always…and as it turned out, he was actually looking for someone to launch the sponsorships team. Kismet!

What advice do you have for people looking to get into a position similar to yours?

It was a significant shift for me to stop considering “what’s the title of the next role I want?” and instead to consider “how do I want to be spending my time each day?” Had I been searching job titles and seen “Vice President/Commercial Director of Sponsorships” I’m not sure I’d have applied for the role. If you’re interested in doing something like what I do, ask about and look for jobs that require strategic thinking, flexibility, an interest in connecting people and projects. While I was at Apple, I wrote myself a note on an orange Post-It, which is now framed and always on my desk: it reads, “Help people. Make cool stuff. Help people make cool

stuff.” That’s exactly how I’d describe my job, and it’s what I’d be looking for, were I searching for a job like mine.

What are some hurdles you’ve faced in your work and how did you get past them?

Some of them have been self-created—like many women in corporate leadership roles, I’ve had bouts of impostor syndrome running the gamut from mildly irritating to near-crippling. I’ve worked hard to make friends with that feeling, to maintain empathy and patience with that part of myself that thinks, “All of this is incredible and any moment, everyone will figure out I am just a big nerd-person who was loquacious enough to talk her way in here, and my key card will stop working.” The truth is that I have earned the right to be here, and I continue earning the right to be here by working hard and smart.

And while I do feel I’ve been supported and appreciated by the vast majority of my colleagues over the years, it would be disingenuous to say it’s been easy being a woman in the games industry for the past 20 years. I’ve borne witness to, and on occasion been the recipient of, some of the gross behavior that’s been well-documented in our industry. How have I gotten past it? Don’t stay silent. Don’t accept these moments as “something you just have to deal with” in this, or any, industry. Practice shine theory, have an unimpeachable work ethic, and strive to be better than anyone looking to knock you off your axis…and when you do get knocked off, because you’re human, get back up. Fall down seven times, stand up eight times, as the Zen saying goes.

Why is it important for women to be involved in all aspects of esports?

Esports is nascent—the cement is still wet, which means lots of opportunity for women to establish themselves in roles throughout the industry. While we still struggle with the perception of gender imbalance among people playing video games, the fact is that we’re approaching parity, with studies indicating that somewhere between 45 percent and 48 percent of gamers are women. The biggest immediate issues we need to solve for women in esports are access and examples, which are related. More women are likely to try playing competitively if they see other

women doing so. If women don’t see *themselves* in an esports event, they’re less likely to see esports as a viable option for them. Esports is still very much in its infancy, so female participation is absolutely crucial right now, and not just at the player level. Too many people look at esports and think “guys behind a monitor” but in reality, like other professional high-stakes sports, there are a range of opportunities where women will play important roles. Think: team owners, managers, trainers, etc.