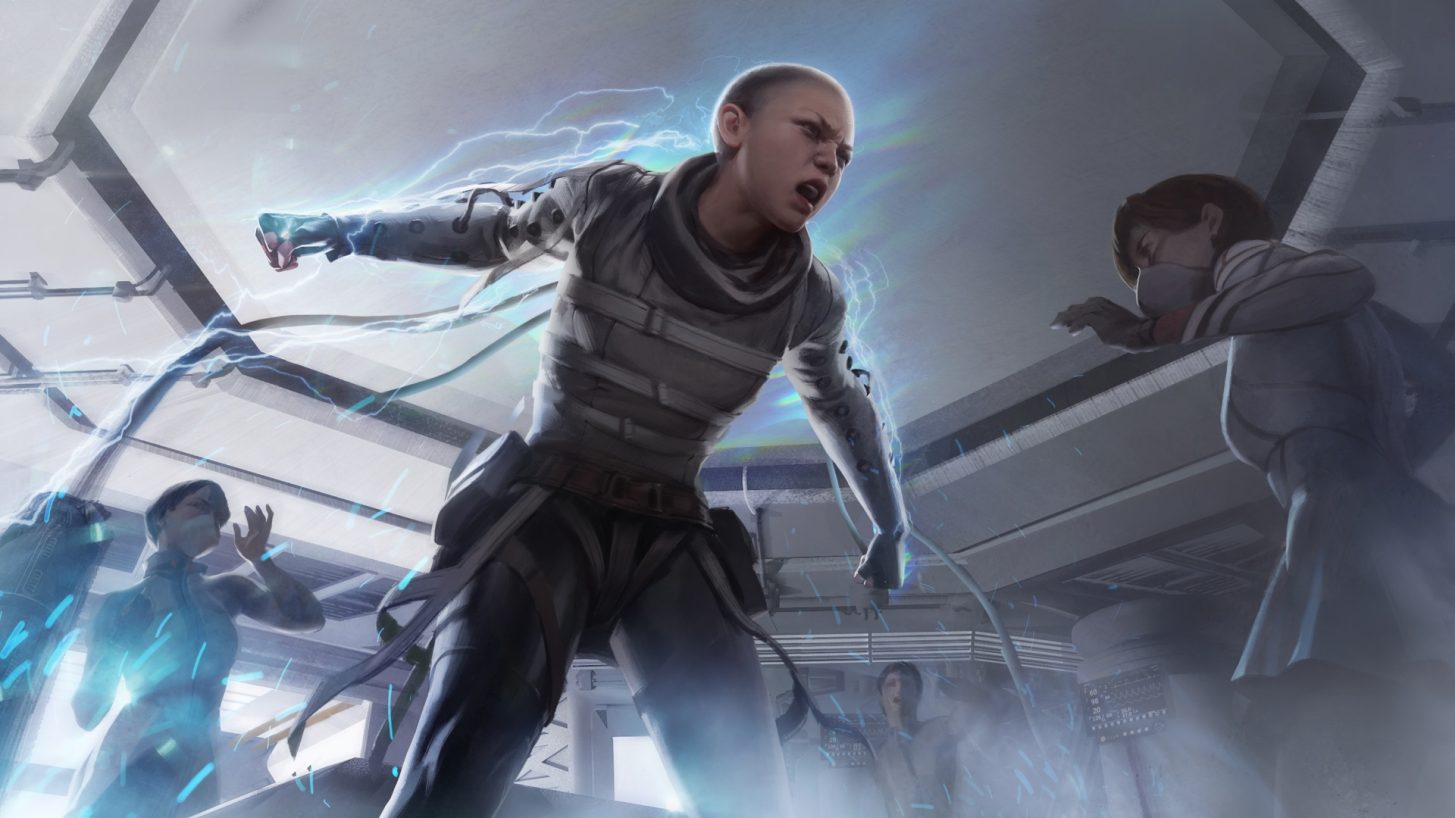 The “Bald Wraith” is particularly prevalent, a set of Legendary skins that feature Wraith with a shaved head and a suit that looks far more like a straitjacket that’s been escaped from than Wraith’s normal flight suit-esque uniform. There are four Bald Wraith skins in total: the two base Legendaries Vengeance Seeker and The Liberator, and their recolors, Final Sunset and Flashpoint. And when it comes to Wraith skins, the popularity of the Bald Wraith is clear. The Liberator is the most-equipped Wraith skin at time of writing, according to Apex Legends Status, while Final Sunset, Vengeance Seeker, and Flashpoint clock in at ninth, 10th, and 14th most popular Wraith skins among the 81 Wraith skins in the game.

So what’s up with these skins? Why are they so popular, and why do Wraith mains seem to gravitate so heavily toward skins that are base Legendaries and their recolors, as opposed to many of the numerous unique Legendaries that have been introduced in events over the years?

Why do so many players use Bald Wraith skins?

The first and most obvious reason why so many players use the Bald Wraith is that people just like the design of them. Most Wraith skins feature sleek designs that match Wraith’s reputation as a slippery character and a favorite of players that love showing off their movement. The Bald Wraith skins, on the other hand, look more aggressive and intimidating. The shaved head and straightjacket look is reminiscent of Wraith’s backstory when she broke out of an ARES testing facility and also match her internal mental battles induced by the experiments conducted on her.

In a way, the Bald Wraith skins are supposed to be a representation of the best Wraith players, people who want you to fear them. The use of the skin may also be an attempt to emulate famous Wraith players, such as TSM’s ImperialHal.

Before meta changes took Wraith largely out of the pro Apex scene, Hal was synonymous with Wraith. And especially when it came time to play in tournaments, chances are Hal was using one of the Bald Wraith skins. It communicated seriousness, power, and a player on the battlefield that you wanted to avoid.

Finally, the Bald Wraith skins are also so popular because the recolors of the base Legendary Wraith skins were once some of the rarest Wraith skins in the game. Everyone wants to stand out, and the recolors took Wraith’s straitjacket look and adjusted the coloring of the jacket, pants, and hair stubble to make the skin feel more like an intentionally cool look than a person who just escaped an asylum.

Flashpoint in particular was highly sought-after. The clue white, blue, and orange color scheme was completely absent from the Apex store between its release in June 2019 and it finally returning almost two years later in March 2021. Since then, Flashpoint has returned only one other time, in November 2021. Final Sunset followed a similar pattern, being introduced in December 2019 and returning to the store only two other times, in March 2021 and March 2022.

Due to the long periods of time both skins spent unavailable for players to acquire, both Flashpoint and Final Sunset became status symbols for Wraith players since only players who were playing in the game’s first year of existence had them for quite some time. When they finally came back to the store, players were quick to snap them up and equip them, leading to the state of the game we have today where close to 20 percent of the Wraiths you see in Apex have a Bald Wraith skin equipped.

Whether it’s trying to scare your opponents, be like one of your favorite players, or just because you like the skin, it’s clear that Bald Wraith will probably remain the favorite skins for Wraith mains everywhere.