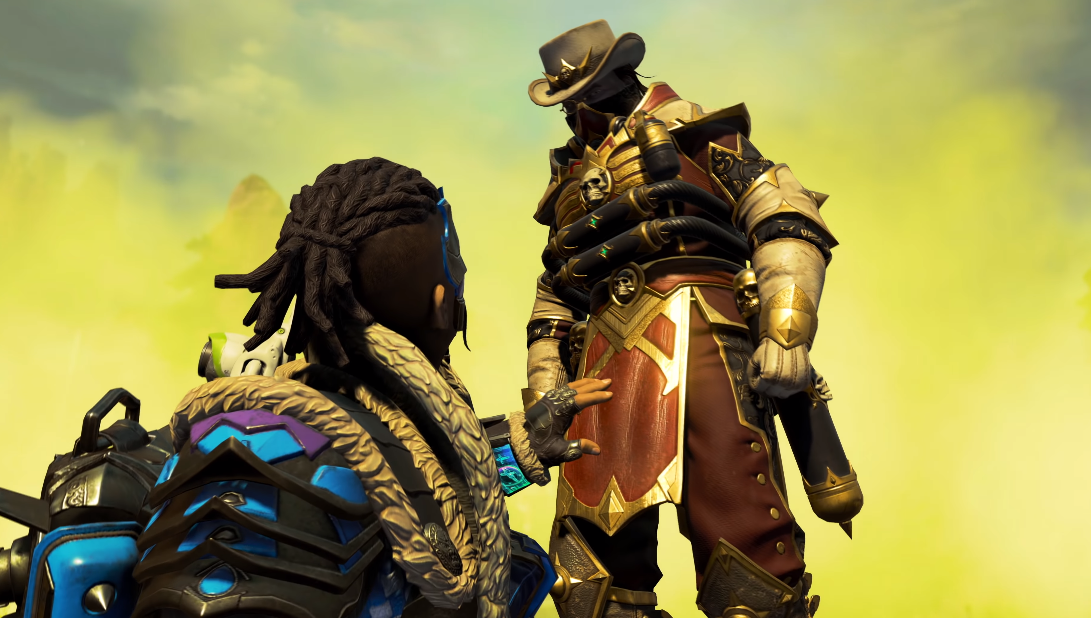 Respawn Entertainment dropped a number of skins for legends, including an especially maniacal one for Caustic. Revenant, Crypto, Wattson, Rampart, Gibraltar, and Loba have all received skins for the event as well. Players can craft skins from the event shop for 2,400 Crafting Metals or 1,800 Apex Coins.

Those who unlock all 24 event cosmetics will automatically receive Bangalore’s Heirloom, her Pilot Knife. Once the event wraps up, the Heirloom weapon will be available to craft for 150 Heirloom shards like the game’s other melee skins.

The update also brought a number of changes, including Caustic nerfs, changes to fully kitted gold weapons, and a “No Fill” queue option for players looking to play solo. Players can find the full list of patch notes on EA’s event page.