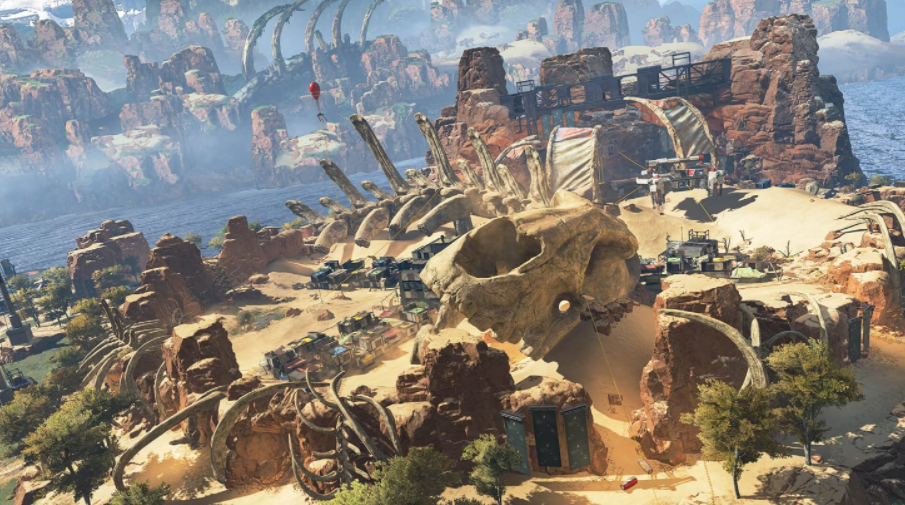 Apex Legends fans have been clamoring for Skull Town to come back as an Arenas map—so Respawn delivered.

The news isn’t too surprising considering the Apex Twitter teased it yesterday, asking “what if skull town was an arenas map.” But the announcement of the new Genesis collection event, which kicks off June 29, confirmed the popular POI is making a return.

Skull Town was a popular hot drop in the original Kings Canyon. And now players can go head-to-head in a three-vs-three firefight, using the large skeleton for cover or high ground. Skull Town will be added to the Arenas rotation in one-hour increments during the Genesis event, instead of the typical 15-minute cycle.

Skull Town isn’t the only oldie making a comeback. Season zero Kings Canyon and season three World’s Edge will return for a limited-time only in a Legacy Maps Takeover. Players can hop into the maps in normal Trios and Duos queue, also in hour-long rotations.

The Genesis collection event runs until July 13, so players will have a couple of weeks to get their fill of nostalgia. The patch will also include balance changes, new cosmetics, and a scythe heirloom for Revenant.