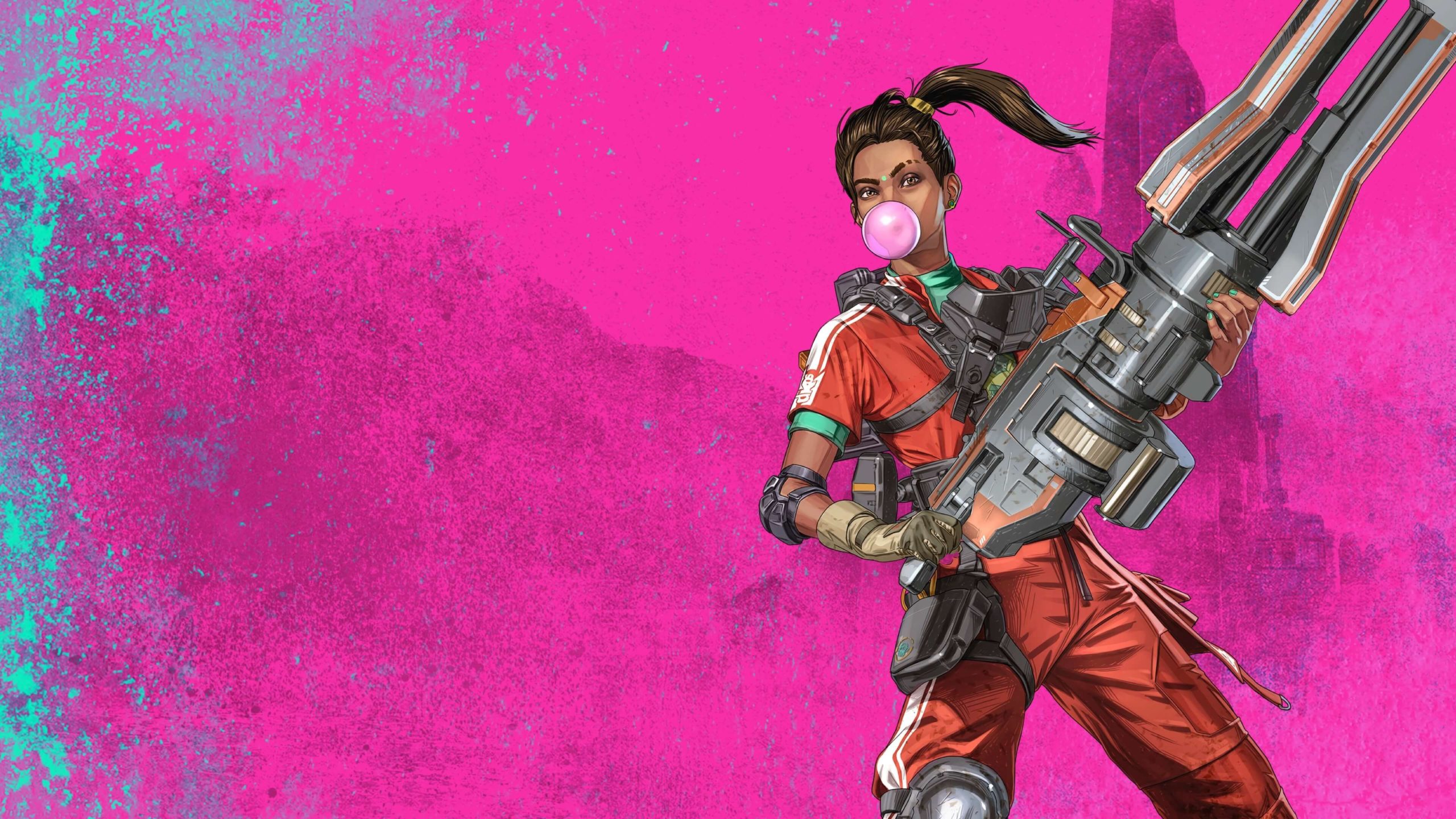 After a brawl with armed bandits that led to her workshop being burned down, Ramya “Rampart” Parekh received an exclusive invitation from Kuben Blisk to join the Apex Games. While she vowed not to let the commissioner down, it seems the expert modder has no plans to let Apex Legends fans down either.

She’s witty, dynamic, and hilarious. And with the power of her beloved mini-gun, Sheila, Rampart looks to shake up the season six meta and liven up the battle royale’s expansive lore.

Like all new legends, Rampart’s design took months of development before Respawn could ship out the final version. She was “incepted and prototyped” shortly after Apex launched before being “put on ice for a little bit,” Respawn lead game designer Carlos Pineda told Dot Esports. And while she was always designed to be “the wall legend,” Rampart did undergo a transformation throughout her development.

“We used to have this mechanic where you would pile these little sandbags on top of each other to make the wall,” Pineda said. “It just took a long time to do. But people liked the idea of ‘I get to build something and fortify this position.’”

While slinging several charges of sandbags to build a defense didn’t quite work, Respawn devs agreed that she needed “something special, something that makes her sing.” And so the idea of the Amp Wall was proposed.

It was initially “too powerful” and “ridiculous,” Pineda said, but designers worked hard to create a mechanic where the Amp Wall would take some time to deploy from its base. This would cement Rampart as a “planning legend,” rather than one who could create an instant advantage by throwing a wall down in the middle of battle.

And although fans instantly gravitated toward Rampart’s high-spirited and charismatic personality, early iterations of the legend put her in a hard hat and a construction worker outfit.

“This is the builder character, of course they should look like a construction worker,” Respawn game director Chad Grenier told Dot Esports. “And then that evolved into the writing team getting involved. Once we’re confident with the gameplay, now the writers start to care.”

After the writing team joined Rampart’s development, they nixed the construction worker idea and instead made her a gun modder who participated in underground fight clubs.

As for her place within the Apex universe, Rampart seems like she fits right in. Her warm friendship with Bangalore and Gibraltar was explored in the Stories from the Outlands video, “The Endorsement.” Pineda also asserts that she doesn’t have any rivalries among the legends, unlike Loba and Revenant’s feud. And her profession as a celebrated gun modder doesn’t hurt.

“A lot of people know her because her shop is really popular and she’s a popular modder and they know her designs really well,” Pineda said. “A lot of people come to her shop to get their custom weapons done.”

Lore aside, Rampart’s in-game role as a directional defender is sure to spark a change in the meta. Despite Revenant and Crypto creeping up as offensive powerhouses, Pineda believes that things will “swing back” to “defensive play.”

The map changes slated to hit World’s Edge should also help the modder have a successful debut. New Rising Blast Walls, for example, allow players to create a raised defensive position by activating a panel that blocks off a path. Players will discover quickly that setting up Sheila and an Amp Wall will be a deadly defense as you rain bullets from above. And this can be further amplified by building the perfect team composition around her.

“In terms of synergy, I only dread the Rampart, Wattson, Caustic combo,” Pineda said. “But then Crypto’s there and he’ll counter it. Bangalore is also a really good counter for Rampart because you smoke that position… you can come around pretty easily.”

Wattson’s Pylons were nerfed in the Lost Treasures patch so that they only last 90 seconds instead of indefinitely, allowing her to have three active at a time now. But their ability to prevent grenades from disrupting Rampart’s fortified defense can potentially prove troublesome. Throw in the Toxic Trapper and you might have one impenetrable force. Pineda explains that the team will monitor the synergy, claiming they have the “tools to quickly react to that.”

Rampart brings even more comedic relief and passion to the battle royale, while potentially evolving gameplay with new mechanics. Apex is coming off its most successful season, having reached its highest level of per-player engagement and daily retention in Fortune’s Favor. With the bar set high, Respawn hopes season six will draw even more traffic. And with Rampart, along with Sheila, being such great additions to the Apex roster, it’s completely possible.

Season six: Boosted kicks off tonight at 12am CT, where fans can make Sheila’s bullets rain all over the Outlands.