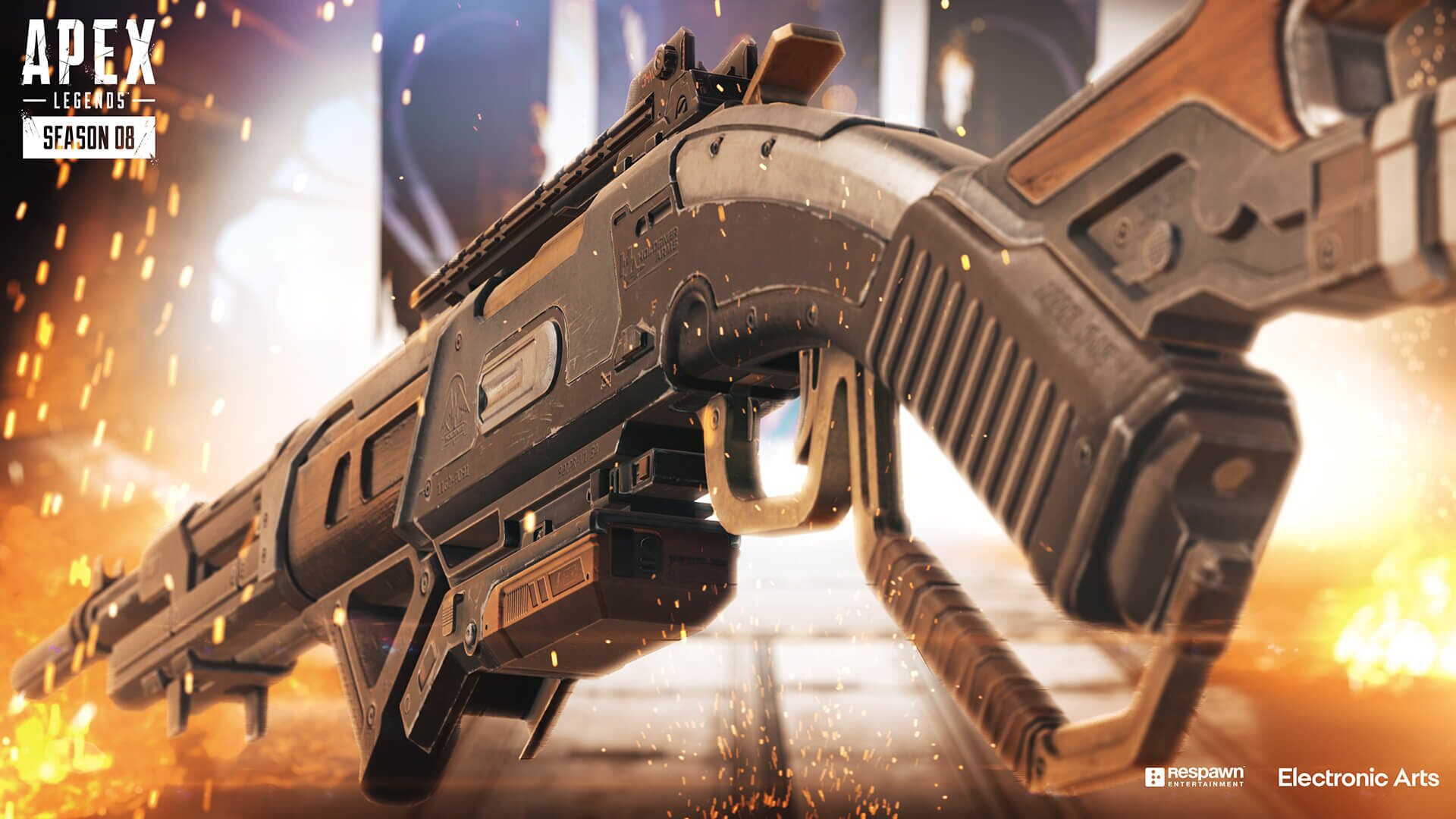 The 30-30 is Salvo’s most popular firearm, but it’s finally made its way to the Apex Games in season eight. It’s a heavy-hitting, lever-action rifle that lets Apex Legends players charge up their shots for some extra firepower.

The 30-30 falls “somewhere between the Longbow and the G7 Scout” with “a little bit of Wingman in there for good measure,” game designer Eric Canavese told Dot Esports. It's a hard-hitting weapon that's particularly deadly in mid to long-range encounters, and its charged shot mechanic makes it even more deadly in the hands of a skilled shooter.

The 30-30 is a heavy ammo lever-action repeater rifle. Apex Legends treats it as an assault rifle, and this gives it access to a series of accessories—including stocks, magazines, and an assortment of sights that offer up to x4 magnification. This compatibility is essential to its role as a mid to long-range weapon.

Firing the 30-30 unleashes heavy rounds, but aiming down sights will fill up a charge bar that increases the damage of the next shot. It takes about a second to charge fully, but the damage increase is proportional to its charge.

Normal shots hit for 42 damage on bodyshots before any multipliers, but landing a headshot boosts that number to 74. Charging up increases the damage to 57 on bodyshots and 100 on headshots—enough to take out an unarmored target (provided they're not Caustic or Gibraltar).

The 30-30 excels at providing “extended precision covering fire,” as Canavese called it, instead of more spammy (and weaker) shots from the G7. The charged shots help fulfill that role; a 57-damage body shot hits slightly harder than a Longbow and can still put a dent in enemies' armor. Its attachments—which can offer up to x4 magnification—help players project precise damage over long distances.

Players can also charge up shots at will as long as they take the time to aim down sights, and “weaving in those charged shots will be really important for reaching the full potential that the 30-30 can offer on the battlefield,” according to Canavese. Hitting two bodyshots—a charged and an uncharged—is enough to deal 99 damage before multipliers, and the weapon's potential becomes even more fearsome when accounting for headshots.

One of the 30-30's weaknesses, however, is its segmented reload. Players need to rechamber each round individually, like the Mastiff. Doing so can take a lengthy amount of time, especially with a purple magazine. The segmented reload, however, can also work positively in scenarios where players fire off a shot or two and don't need to go through the full reload animation.

The return of the Anvil Receiver can help shake up mid to long-range encounters and generate a few alternatives to the 30-30. The hop-up is compatible with the R-301 and the Flatline and increases their single-fire damage at the expense of fire rate and increased ammo consumption. The new hop-up can create a somewhat level playing field for all of those weapons, so players with a 30-30 should know what they could be up against.

The 30-30 is up against four assault rifles that can occupy the mid to long-range combat role, with the addition of the Longbow DMR as a possible alternative. The Anvil Receiver greatly increases the power of the 301 and Flatline and brings their damage closer to the 30-30 when in single-fire, while the G7 Scout also has the potential to unleash a series of rapid-fire shots. The 30-30 can out damage those weapons, however, thanks to its charged shots—as long as players have the time to aim down sights first.

Moreover, taking the 30-30 to a close-quarters fight can also come with its disadvantages. The repeater hits hard, but it's outclassed by other weapons such as shotguns or submachine guns, so players should plan around those scenarios by carrying a secondary that mitigates those weaknesses and that performs well in close range.

To offset the 30-30's close-range disadvantage, some of the best pairings are weapons such as the Mastiff, R-99, or the Volt SMG. Full-auto guns such as the R-301, the RE-45, and Alternator can also be solid choices for those who aren't comfortable with the aggressive recoil on the R-99, however.

Pairing the repeater with a G7 is redundant, since the scout rifle plays in the same mid to long-range space as the 30-30. The loss of the Double Tap Trigger hop-up in season eight harms this weapon even further.

Coupling the 30-30 with other heavy weapons brings in the problem of having to share both attachments and ammunition. In spite of that, some of them could make interesting pairings with the repeater.

The Wingman could serve as a good close-range weapon thanks to its hard-hitting rounds and increased rate of fire, and the Quickdraw Holster hop-up adds an extra bit of utility and handling to the weapon. The Flatline's full-auto mode can deal significant damage up close, similar to pairing the 30-30 with the R-301, while the Hemlok's devastating burst could be lethal even in close-quarters.

The Volt is the most immediate energy pairing with the 30-30 thanks to its fast rate of fire, but both the Devotion and the Havoc can be a deadly choice, especially with the Turbocharger hop-up. In addition, the Volt SMG received a nerf in the season eight patch, which dropped its damage to 15 per shot (down from 16). It's a palpable change, especially with the weapon's high-rate of fire, but it can still be a deadly force.

Pairing a 30-30 with a sniper rifle could be redundant, since the weapons fulfill similar niches and snipers have more ways to dominate in that space (such as more firepower and better scopes). Using the repeater rifle alongside a Triple Take, however, is an unorthodox combination that offers some good close-range combat options (thanks to its shotgun-esque spread) and also grants access to scopes with higher magnifications for the very long-range scenarios.

Since a good secondary could complement the 30-30's weakness in close-quarters, shotguns feel like a natural option. In that category, the two most viable options are the Mastiff and the EVA-8, and choosing between them is largely up to player preference—although the EVA-8 lost the capacity to use the Double Tap Trigger after Respawn removed the hop-up from the spawn pool.

Lastly, for care package weapons, players should opt between the Prowler SMG and the Peacekeeper—and both do an excellent job in close range. If a Kraber spawns, however, players could decide to use it as a primary and have the 30-30 to fall back on. Its sheer firepower makes picking up a Kraber tempting, but it may be best to ditch the 30-30 for it instead.