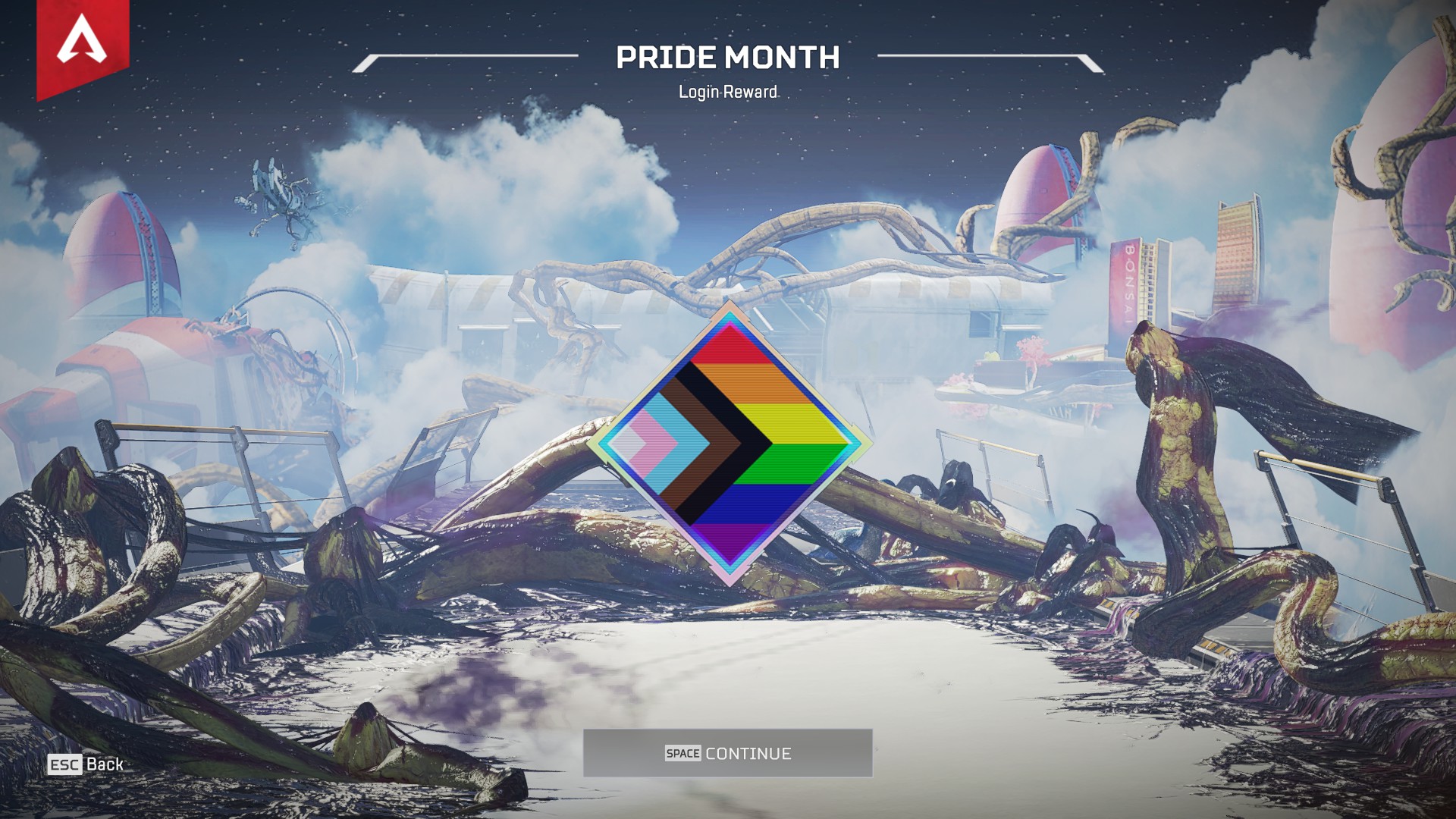 Apex Legends’ Pride month celebrations have kicked off with a special badge that’s available as a free login reward. The item uses a 2018 rendition of the Pride flag, which incorporates the colors of the transgender flag alongside black and brown stripes to represent people of color.

In addition to the in-game badge, Respawn released a video with testimony from several LGBTQ+ team members, who talk about the design of the badge and the importance of representation.

The idea behind the badge was based on the Black Lives Matter badge that Respawn released earlier this year, according to associate quality designer Mackenzie Galbraith. The actual design was inspired by Daniel Quasar’s 2018 Progress Pride Flag, which incorporates a series of colors to represent additional marginalized groups.

Apex has five canonically LGBTQ+ legends in-game—two of whom have been in the battle royale since its debut. Bloodhound has been a non-binary character from the start. Gibraltar’s bio also reveals him as a gay man and mentions his escapades with his boyfriend, Nik Gentile. Three other LGBTQ+ legends have joined the cast since then: Loba is canonically bisexual, Fuse is pansexual, and Valkyrie is a lesbian.

Respawn hasn’t refrained from touching on political subjects. Earlier this year, the studio added a Black Lives Matter badge and a badge in support of the #StopAsianHate movement, both available as free rewards in-game.

June was crowned as the LGBTQ+ Pride month to celebrate the uprising at the Stonewall Inn in 1969, a watershed moment for LGBTQ+ rights movements.