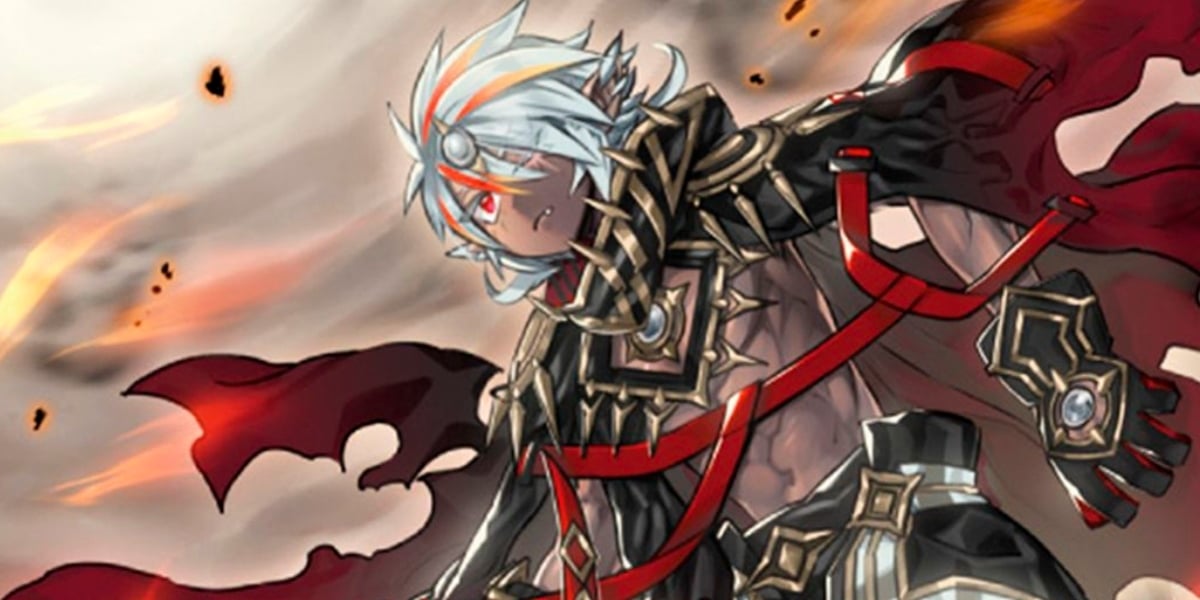 A new Structure Deck has been revealed for the Yu-Gi-Oh! OCG, this time featuring a focus on Fusion Summoning and the popular card, Fallen of Albaz.

Fallen of Albaz is a unique card with ties to multiple archetypes, including one of the newest that just debuted in the TCG, Despia.

The monster itself is a level four Dragon that walks in the form of a human. When it is Normal or Special Summoned, players can discard one card to Fusion Summon a Fusion Monster from the Extra Deck using monsters on either field, including Fallen of Albaz.

With connections to Despia, Dogmatika, Tri-Brigade, and Springans, there are a lot of options for how this new Structure Deck can go. For now, Konami has kept things vague, but we’ll likely see card announcements start to drop soon in V-Jump and Weekly Shonen Jump since the deck is set to launch on Dec. 4 for the OCG.

In the TCG, players just got the Despia archetype within Dawn of Majesty, meaning this Fallen of Albaz deck could potentially make its way over in 2022 unless Konami decides to break it up into a future set. Fallen of Albaz itself is in dire need of a reprint since the card’s only TCG release was in Rise of the Duelist last August, with prices rising to over $25 per copy for single copies.

Additionally, a “Token Pack” will be included in the OCG release, featuring alternate art for some of the cards in both Super and Secret rarity.