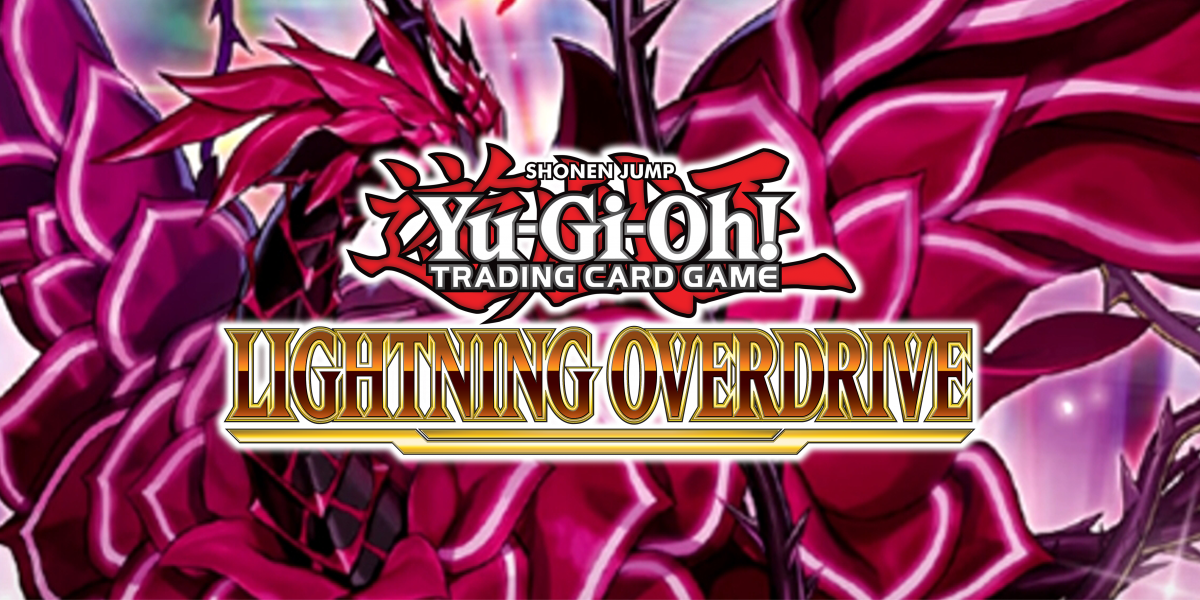 The reveal week for the next Yu-Gi-Oh! TCG set, Lightning Overdrive, is almost over. But fans got one last first look today from YouTuber Dzeeff, who showcased the new Black Rose support releasing with the product on June 4.

TCG players are getting another change in translation with the Blood Rose cards being renamed to Ruddy Rose. Ruddy, which means something has a healthy red color and can be used to allude to blood, does fit the archetype and allows Konami to avoid using Crimson for yet another set of monsters.

The main card this applies to is Ruddy Rose Dragon, previously called Blood Rose Dragon in the OCG, which is the new Rose Synchro being added in the set.

When Ruddy Rose Dragon is Synchro Summoned, you can banish all cards from the Graveyard, both your own and your opponents. And if it was summoned using Black Rose Dragon or another Plant Synchro Monster, you can destroy all other cards on the field.

When your opponent activates a card or effect that would destroy a card, you can tribute Ruddy Rose Dragon to negate it and then Special Summon one Black Rose Dragon from your Extra Deck or GY. On top of being a powerful monster with 3,200 Attack as a level 10 Synchro Monster, it’s a scaled version of Black Rose that has a baked-in Stardust Dragon effect too.

The main method of bringing it out is supposed to be tuning a level three Tuner with Black Rose Dragon, like the new Roxrose Dragon.

Roxrose is a fantastic card that lets you add one card that lists Black Rose Dragon in its text from your deck whenever it’s Normal or Special Summoned, other than another Roxrose. While it’s in your GY, you can add it back to your hand when a Rose Dragon or Plant Synchro Monster you control is destroyed by battle or card effects.

Roxrose will be part of the new Plant/Rose engine, alongside the new Quick Play Spell, Basal Rose Shoot. The Spell lets you Special Summon one Rose Dragon monster from your hand or GY in Defense Position.

Additionally, if Basal Rose Shoot is destroyed while set on the field, you can target a Black Rose Dragon or monster that lists it in its text that’s banished or in the GY, then Special Summon it. 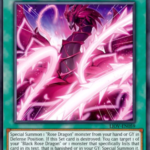 Another key part of this new support is Garden Rose Flora, a new Plant Synchro Tuner that lets you destroy a card in the Field Zone and Special Summon a Rose Token. During a chain, it can use its Quick Effect, which will let you Synchro Summon using cards you control, even on your opponent’s turn.

Ruddy Rose Witch is another Tuner that acts as an extender for Black Rose cards, letting you tribute it to add a Witch of the Black Rose from your deck to your hand and then stack a level three or lower Plant monster on top of your deck too. It also lets you recycle Black Rose and Ruddy Rose Dragon from your GY or that are banished back to your Extra Deck by banishing itself. 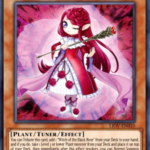 The final card that was part of the showcase is Benhalancer the Resurgent, a Link Monster that takes two Plant monsters to create. It acts as an instant Compulsory Evacuation Device and can revive itself by banishing smaller Link Monsters in the GY, which is easy to do in big combos.

Lighting Overdrive will be released in the TCG on June 4. Tomorrow’s reveals will have multiple YouTubers opening boxes of the new set. You can view a full breakdown of the revealed cards on Dzeeff’s YouTube channel.